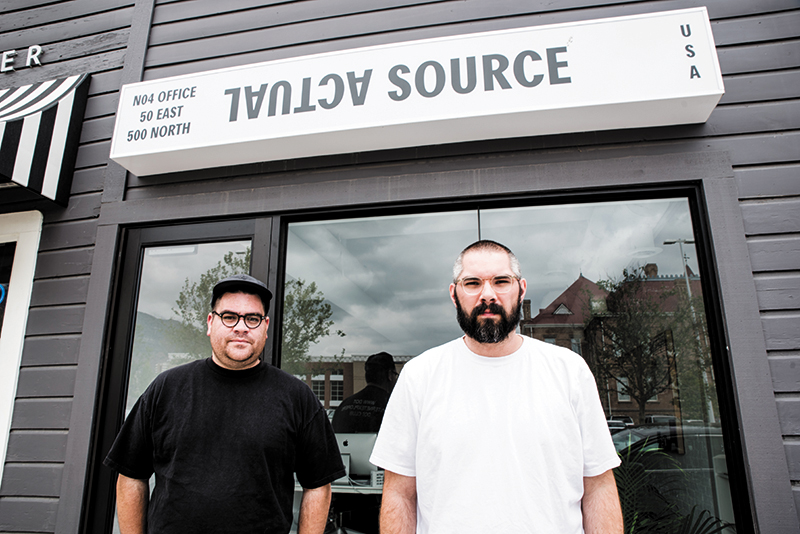 Just over two years ago, graphic designers Davis Ngarupe and JP Haynie presented their design-geared exhibition, Actual Source, at the Utah Museum of Contemporary Art. The art show came after six months of researching into the many details that go into the making of a museum exhibition, which the duo compiled into a 1,000-page, pink-paper book. Instead of offering the book for museumgoers to flip through, however, Ngarupe and Haynie turned their publication into a multimedia installation, ranging from stylized photographs and printed textiles to shredded paper, found objects and a single book nailed to the wall. “Everything about that show really referenced what we were into as graphic designers,” says Ngarupe. “[Actual Source] showed that all the tools that we use as graphic designers on a daily basis don’t only have to exist in a studio space—they can also exist in an exhibition space.”

That inaugural exhibition pointed Haynie and Ngarupe in the direction they’re headed now as founders and partners of their own Provo-based studio and multi-format publisher. It also captures who they are as designers, from the extensive research that informs their multifaceted portfolio to their curatorial flair, versatility and—especially—their love for typography. “It’s about thinking of design as a tool, or as our medium, for executing ideas,” says Haynie. “Our lens is graphic design. The majority of our references and the ideas that we’re trying to portray usually have something to do with typography.” 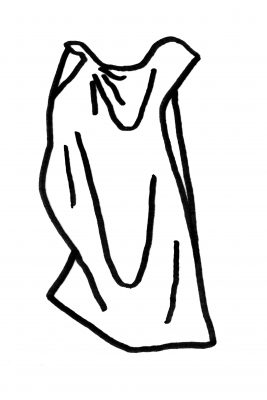 Ngarupe and Haynie first met in 2004 and stayed friends through school, when Haynie attended the University of Utah and Ngarupe the Otis College of Art and Design in L.A. “We would still communicate and talk about design from different states,” says Ngarupe. “We were into typography, we were into book design—everything that we were into in graphic design was similar, and different from most of our classmates.” When Ngarupe moved to Utah after school, he and Haynie began to focus on making their own books and working with artists. In 2013, they launched Number 04.

Since their 2015 UMOCA exhibition, the pair has switched to operating entirely as Actual Source, and their online store (actualsource.org) spans impressive collaborations with contemporary artists and designers from around the world, comprising over 100 titles in addition to Actual Source’s. The duo’s own projects range from font to furniture, drawing influence from “a rich history of graphic design,” “outsider perspectives” and “new formats,” says Haynie. Recent collaborations include a skateboard deck with Hassan Rahim, a woven blanket with Raf Rennie, a porous black candle with Lighht and screen prints with Allan Ludwig and Girlbarf.

Despite the expanse of their oeuvre, the crux of Actual Source is the exquisite, limited-edition publication, of which the studio puts out about five titles per year. Regarding some of their favorite projects, Haynie references his and Ngarupe’s first work together, an elegant book for photographer Natalie Neal, and Ngarupe points to World Series Vol. 1, a series of visual, rule-based experiments by Sam and Kaeli Wood in collaboration with Bomie Lee. For each, Actual Source collaborated with the artists to conceptualize, develop and design a distinct, aesthetic identity apropos of each soon-to-be published material.

Actual Source also has its own publication line: Shoplifters. “We work with clients on a daily basis, and that’s the bulk of what we do,” says Ngarupe. “That’s why we like doing our own publications through Actual Source: because we come up with the rules and boundaries we use within the systems we build for these publications. That type of freedom is really a relief in our daily process.” Shoplifters highlights the work of contemporary artists who work in a diverse range of media. The publication releases biannually, in tandem with the Los Angeles and New York book fairs. Each issue presents a new theme, and thus an entirely new design, set of featured contributors and series of accompanying product releases. “The type changes every time, the palette changes every time, the paper stock changes every time, the theme changes every time,” says Ngarupe, motioning to Shoplifters Issue 3—which showcases work intended to be viewed in black and white—and their design issue, Shoplifters Issue 5, which sports a foil cover and a custom-created typeface by Swiss type design practice Dinamo.

“[Shoplifters is] a chance for us to be experimental, to create our own restraints to work within,” says Haynie. “We look at it as an exercise in curation: how the book can come together with the right group of people. It’s also an exercise in creating relationships—we reach out to people that we feel would be a good fit.” Shoplifters Issue 6, the publication issue, releases this September and features an international collective of magazines, publication-focused studios and artists who use publication as their medium.

In addition to ongoing client work and Shoplifters Issue 6 and Issue 7, Haynie and Ngarupe have several major projects underway. The duo will unveil a larger clothing line in the fall; start a summer artist residency at Otis; and continue work on Aerosol, another Actual Source publication that centers on time-based media—think exercises like one-minute drawings (or, in the case of Actual Source, 24-hour books). Perhaps most exciting, the duo has been confirmed to do another exhibition this August at the Arizona State University Art Museum. The show will be titled, intriguingly, Call Now. Says Ngarupe, “We’re definitely going to approach that show the same way we approached the Actual Source show: as designers.”