The story of modern dance in the United States is inherently underground. Like any subculture that lasts through several generations, modern dance history—when well told––can be a vehicle for encountering forgotten but necessary parts of the grand American narrative. 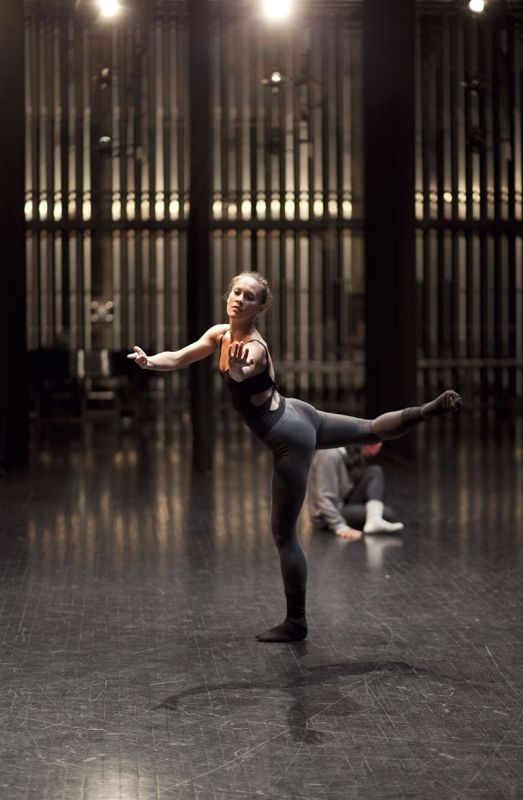 Utah’s Repertory Dance Theater is an institution both blessed and burdened by history. It began a ‘60s-era socialist experiment, a dancer’s collective funded by New York money to bring modern dance innovation to the heartland. Somehow in those intervening years it has become a sometimes-stodgy museum of “American century” dance. However, the dancers in this company are stunning and worth talking about, even if the work they’re doing isn’t exactly au courant. The story of modern dance in the United States is inherently underground. Like any subculture that lasts through several generations, modern dance history—when well told––can be a vehicle for encountering forgotten but necessary parts of the grand American narrative.

“Missa Brevis,” a large-scale work for more than 20 by José Limón, was the intended focal point of “Legacy”. For me, however, the highlight was his teacher Doris Humphrey’s “Two Ecstatic Themes.” Humphrey had a boldly communitarian vision of dance––her 1931 solo looks like it might have come straight from the heart of a woman from Dorothea Lange’s photography. Even though she’s alone onstage in a dress that Martha Graham herself might have donned, Sarah Donohue seems to feel how her angular suffering and breathy ecstasy are connected to the suffering nation and world around her. The black void of the stage is just a formal convenience.

Sarah Donohue captures not only the steps, but also what feels like the real texture of the people who were living and dancing in the U.S. in 1931. This living echo is precious, something which otherwise is only available in photography and phonograph. After seeing her in “Themes” and in Mary Wigman’s “Hexentanz” a few years ago, I’d be willing to call her the best early twentieth century reconstruction artist I’ve ever seen.

“Missa Brevis,” which concludes the evening, premiered at Julliard in 1958. It shows how Limón carried forward many of his mentor’s ideas in a decidedly melodramatic, almost operatic idiom. It’s tiresomely dated at turns, but shows Limón off as an indisputable master of large groups of bodies, eclipsing even the choral powers of the German Expressionists and Humphery. The work is rendered nearly perfectly by RDT with guests from UVU and BYU.

New hire Justin Bass and Efrén Corado make the very best of too much Ted Shawn. (Wasn’t there enough of his mediocre, if historically significant work in the company’s recent “100 Years of Modern Dance”? Why does his work make me feel like I’m watching “Steamboat Willie”?) Rosy Goodman singlehandedly saves a structurally impenetrable solo by Ze’eva Cohen through pure will and talent. In short, RDT is a company with a lot of potential that is often squandered. Hopefully the new associate artistic director, former performer Nicholas Cendese, can inject some new ideas into the processes of curating and coaching, which have felt stagnant in recent years. While opening a new path, let’s hope he can still honor the special work of looking back exemplified by Donohue––and his boss, founding director Linda Smith—this weekend in “Legacy” and throughout the company’s 48-year history.