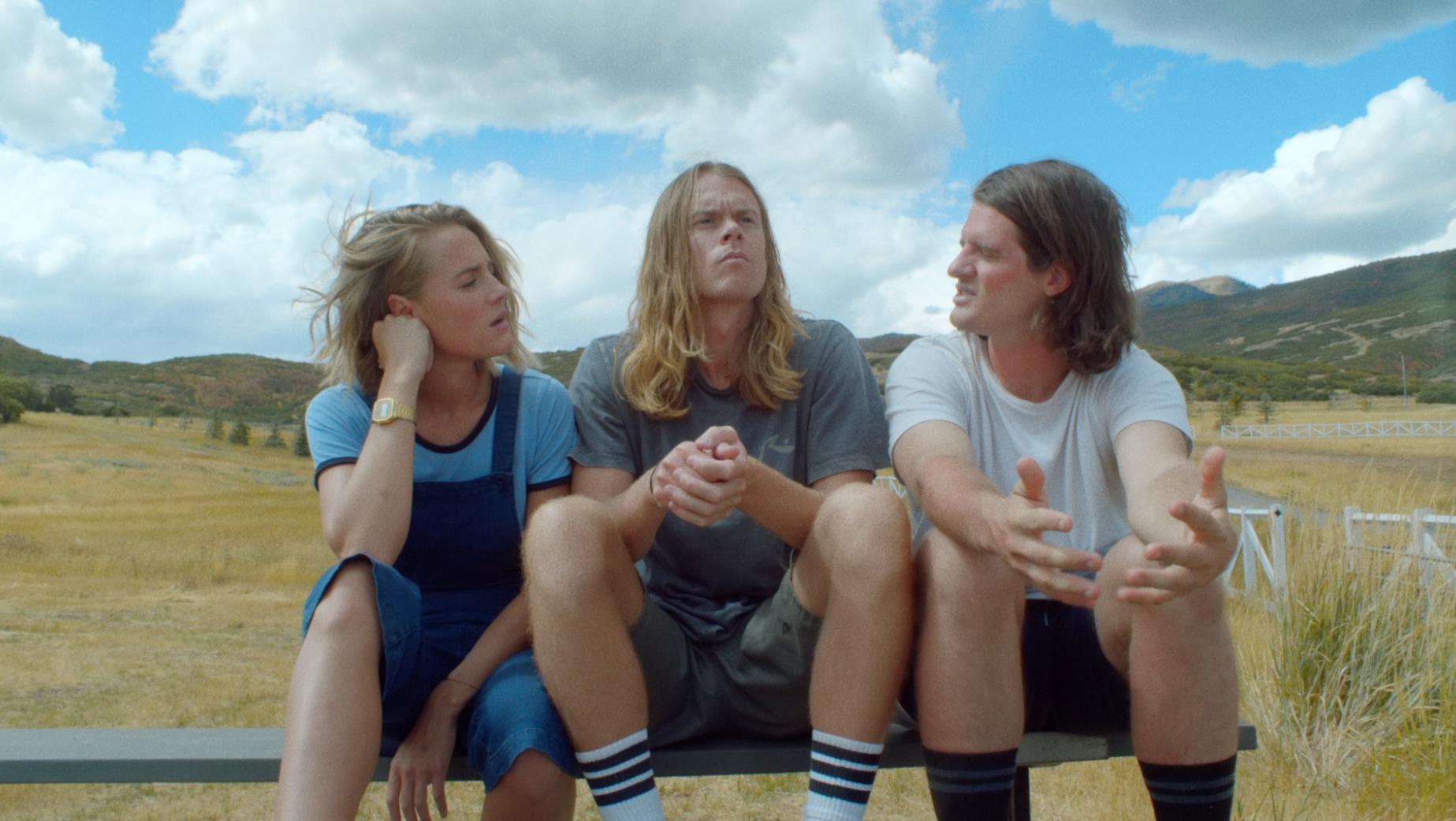 Ford Clitaurus is a 2017 Slamdance Film Festival short with an oddball sense of humor. Taking place in Salt Lake City, the story follows three friends’ misadventures, from an inspirational interview with a triathelete gone awry to a sheepdog competition to playing chess with a Sufi mystic while pondering one’s sexuality at Liberty Park. At only 19 minutes long, Ford Clitaurus conveys a linear tale through scattered stories, leading up to the inevitable realization of “We somehow think the heart beats itself.” The story has a refreshing randomness about it, full of awkward exchanges, intriguing locals and terrible pickup lines, all while poking at the real reason for making art. SLUG recently caught up with writer and director MP Cunningham about representing local at Slamdance, as well as the deeper implications of Ford Clitaurus.

SLUG: Where did the inspiration for the stories in Ford Clitaurus come from?
Cunningham: A lot of the jokes in the film came from a certain thought process I was on at the time, but I’d say [that] the overall message comes from my journey of becoming a filmmaker and finding my voice as a writer.

SLUG: The three main characters in Ford Clitaurus have some very unique interactions, and the pickup lines are even more so (“Aren’t you Becky Williams’ sister?” and “Are you pregnant?”). Where did these lines come from, and are these characters based on anyone in real life?
Cunningham: I like to only use people in my films that I know personally on some level. I think it’s easier to write for them that way. I also like to use people that don’t really consider themselves “actors,” because I think there’s a sense of vulnerability that comes out in their character. Other than Bryce [Van Leuven] and Taylor [Young], everyone else hadn’t done any acting before Ford Clitaurus. Everyone essentially plays themselves, so it blurs the line of reality and fiction.

“Aren’t you Becky Williams sister?” is Bryce’s shot in the dark at some sort of a conversation starter with women. It’s kind of the same idea with the “Are you pregnant?” line. I think there’s something really terrible and beautiful in two people’s first interaction with each other in public. There’s a crazy thought process that leads up to it. I’ve never been good at it, so I think it’s easy to find humor in it.

SLUG: What made you want to go with the actual names of your actors?
Cunningham: I’ve always been fascinated by documentaries. A lot of my first films were documentaries because I think I was trying to figure myself out by learning from others. I think that bleeds into my comedy stuff a bit. I want the audience to get a glimpse of how the actors are in real life, so I write with their true sense of humor in mind.

SLUG: There are some interesting characters (Conde Feargon) and locations (The Grocery Store) involved in the movie. What was the process like for choosing who and what were involved in the story?
Cunningham: I met Conde one day while I was sitting out on my front porch. He was walking by my house and asked if he could sit and rest on my lawn for a minute. It’s not every day you meet a Sufi mystic, so I asked him a bunch of questions, and we’ve been friends ever since. He has the greatest perspective on life and is such a character, so I use him in a lot of the stuff I write.

The Grocery Store is probably the greatest filming location I’ve ever come across. Visually, it’s very stimulating. It’s one of Salt Lake’s gems. Locations are just as important as the actors, cinematography or script.

SLUG: Both the beginning and ending of Ford Clitaurus, while hilarious, are shocking and unexpected, to say the least—what inspired these moments?
Cunningham: I like to focus on momentum. I want my films to be an experience, and part of that is always keeping the audience involved and on their toes. The goal is to have 19 minutes not feel like 19 minutes.

SLUG: What do you hope viewers will take away from your movie?
Cunningham: Ford Clitaurus is about finding your own sense of creativity, whatever that may be. We all have this power that is in us that we get to tap into. It’s what life’s all about. It’s all about looking inward instead of out.

SLUG: Were there any challenges during the filming of Ford Clitaurus? Was there anything unexpected that made it into the movie that wasn’t originally planned?
Cunningham: I wanted the “Yodas” of the film to be two guys that I found looking for work outside of Home Depot because one, they are looking for work, and two, it just seemed badass to make them the heroes of the film. We had to shoot that scene three different times with three different sets of guys because either we had trouble with the car or the guys didn’t show up to set. But it worked out in the end, and we made some new friends.

SLUG: Why did you decide on the name Ford Clitaurus?
Cunningham: I think the title of the film was the ultimate joke, because now people have to say it out loud.

SLUG: What was the process like for submitting your film to Slamdance? What made you decide to submit to Slamdance?
Cunningham: Slamdance has always been on my radar because they have been the frontrunners in the independent scene. I hoped they’d give me a shot, and luckily, they did. Clementine Leger, the festival director, called me and said, “We don’t really know what it is, but we think it’s funny.” Everyone with Slamdance has been really great through the process, and you can tell they want the filmmakers to succeed.

SLUG: Will there be any sequels or follow-ups to Ford Clitaurus?
Cunningham: I like to use my group of friends in everything I write, so I think there will be many spin-offs. I’m currently writing a feature about a couple of almond farmers. Both sides of my family are almond farmers, so it’s basically what would have happened if I didn’t pursue filmmaking and stayed on the farm.