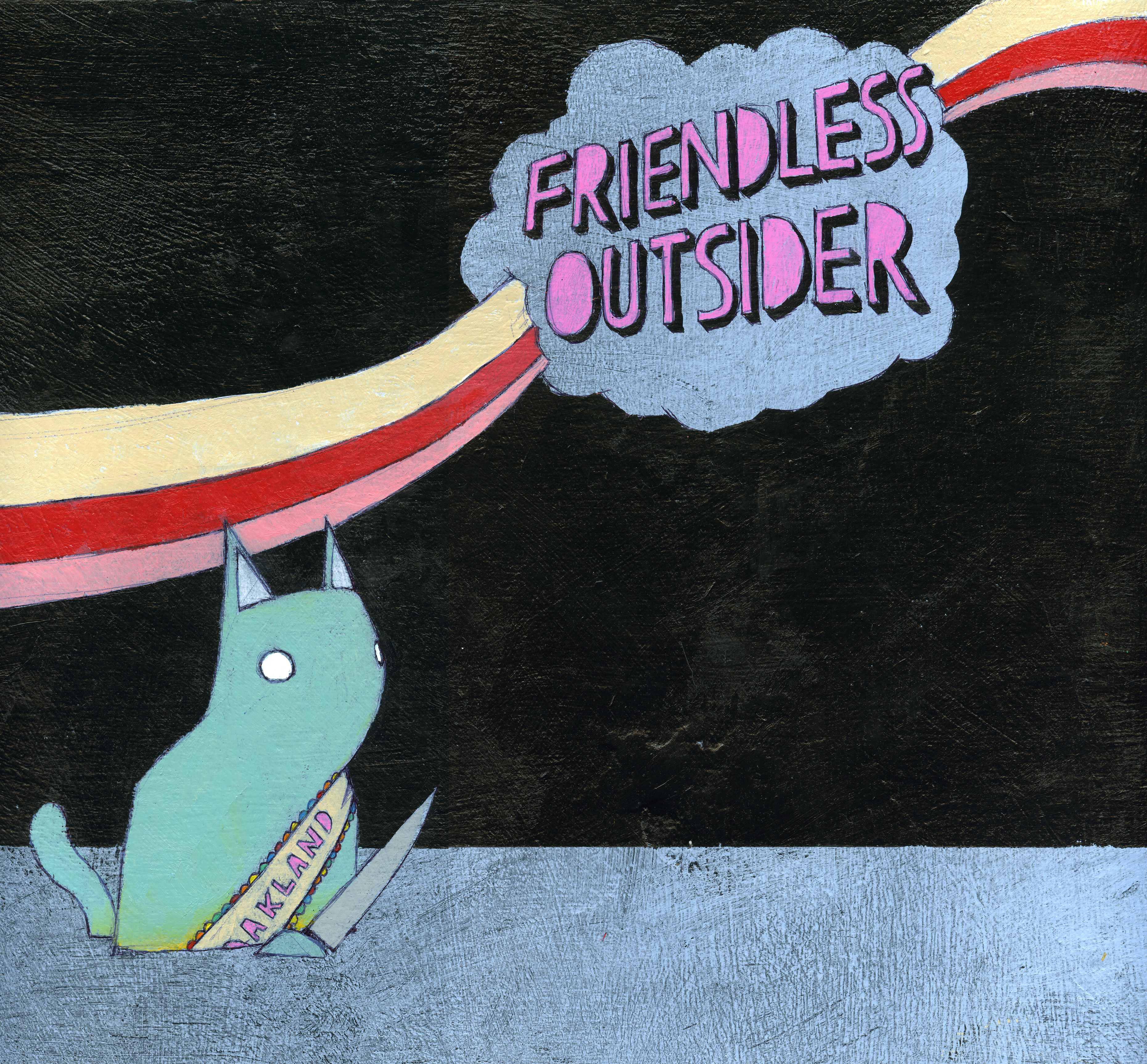 Salt Lake Gallery Stroll
August 20th 6-9pm 
Where: All around you!!

Gallery Stroll is a changing of the guards if you will—the time when the last month’s show becomes a thing of the past and the shinny new art, with new motives, processes and interpretation comes out for the masses to contemplate.
The shows we are privy to in Salt Lake rank with those in any coastal city. Take away the traffic and high prices, and you have a metropolitan experience unlike any other offered. Escape from the mundane. Escape the inevitable. Escape the reality of it all and stroll with us. 
 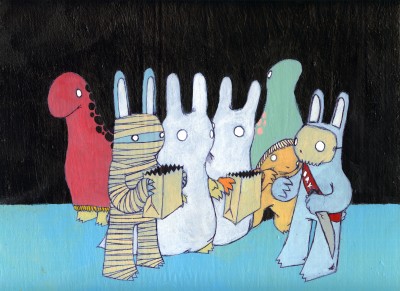 The Unknown Gallery located at 353 West 200 South in downtown Salt Lake City was last year’s new little darlings on the scene. They brought us D.J.s and models to spice things up, but for Aug. they kick the heat up a notch with eleven intense—not to mention talented—artists from California. The show is entitled “Friendless Outsiders” and while some of the artists may seem like outsiders to us, they are well known on the west coast and I welcome them to the Salt Lake scene. 

The grouping is unbelievable. Each of these artists have shown all over the United States, an a few have had their work showcased on the world stage as well. Ogi, who just finished a t-Shirt design for Weezer, also recently finished a postcard book: War of the Monsters and is being featured in a digital zine from Italy. Deth P. Sun exhibits no less than 8-10 shows a year Omar Lee has done freelance work for the Village Voice, Bitch Magazine, New Times, Sony Music and currently, Business Weekly and Tivo. Other famed artists include Derek Wood, Jake Gabel, Bailey Winters, Evan Fah, Jeana Sohn, Brendan Monroe, Derek Mccall and Marci Washington. 

The common denominator in most of these artist’s work is the influence of the multimedia magazine “Giant Robot’s,” a magazine I was unfamiliar with before researching for the show. I felt a little un-cool for not being apprised of this powerhouse in pop culture. Giant Robot magazine covers the Asian-American pop culture scene. From original paintings, Jackie Chan coverage, comic books and even the must-have candies to suck on while you’re on ecstasy or trying to quit smoking. If you are looking for anything out of the way-cool, you can find it here. Or for more info on many of these artists, go to www.Giantrobots.com 

I give props to these artists, their ambition, their drive and the organizations that supports their flourishment. One day all of these artist’s will make more money than I can fathom, and they deserve to do so. Come to the show early and buy what you can while you can. We are just one stop on their way to the top. At least you can say, “I knew them when…” Take advantage of and utilize life’s experiences. Support Art!!! It supports you!!!!!!