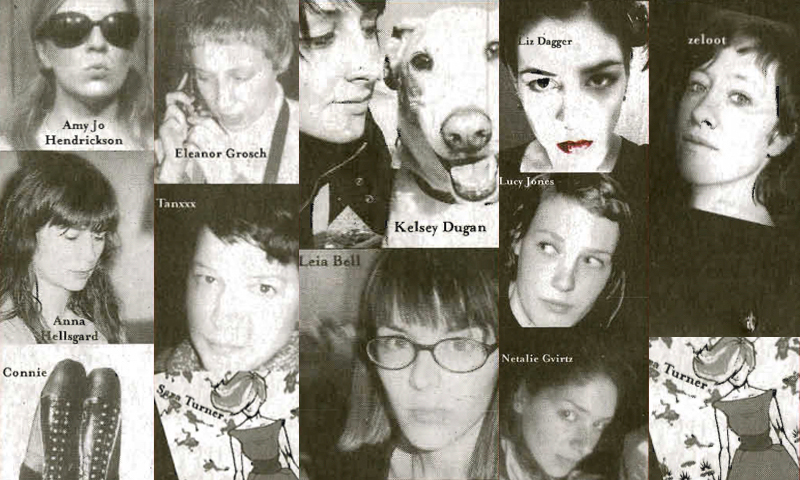 The concert poster has a history as long and colorful as the musicians themselves. First being referred to as a “bill,” the announcement would read from lesser-known musicians to the more notable or headlining bands. From the 1920s to the 50s, the concert posters scattered along storefronts, vacant buildings or telephone poles were ranked among radio promotion for its efficiency. The 60s brought concert posters to the forefront of the concert experience, due in part to the elaborate designs and the need to remember who was on the bill (after the LSD kicked in, obviously). The posters created during this movement made the transcendence from information to collector’s item and now, a recognized form of art.

In the last three years, local artist and printmaker Leia Bell has become a well-known concert or “gig poster” creator through posting her work on GigPoster.com, having a booth at the annual SXSW Flatstock Convention and being featured in a six-page spread in Paul Gruskin and Dennis King’s book The Art of Modern Rock. Through these experiences, Leia was introduced to an array of gig-poster artists, many of them women from all over the world. Following up with those connections, Leia has put together an amazing menagerie of women artists who specialize in gig-poster work Sara Turner started as a screen-printer along with her husband. Always admiring and collecting music and art, combining the two seemed natural, so she accredits receiving a Jay Ryan Shellac poster from her husband as the inspiration to expanding her career. You can also check out her new comic books at www.mlatcomics.com.

Netalie Gvirtz, at the age of 18, worked in graphic design for several magazines in her home of Tel Aviv, Israel. A year later, in 1999, she co-founded Israel’s first indie label, Fast Music. In 2000, she opened a club and began designing concert posters and flyers. She has recently moved to Barcelona Spain, and written a novel.

Amy Jo Hendrickson found herself, like a lot of artists, with a fancy art degree and no way to make money. She liked rock shows, she liked art, so she put the two together. Amy’s work can be seen in The Art of Modern Rock book on p. 482. She will be in the upcoming book Panda Meat, compiled by Frank Kozik.

Elizabeth Dagger of Electrofork hails from Brooklyn, N.Y. A graphic-design alumni from Pratt Institute, she really enjoys making stuff, but alas, hates writing bios. I’m sure the art speaks for itself, so for more info on Elizabeth Dagger, you’ll have to visitwww.electrofork.com.

The best press release I have ever received comes from Zeloot. Maybe it’s the humor in Rotterdam (Netherlands), but she goes to state, “Why posters? I like the street. Squeezing out more drawings than pimples, I slowly get used to the idea that I’ll never become as famous as Jesus. Inspired by everything that is already done before and distracted easily, I wander between old advertisements, Japanese graphics, Renaissance sculptures, comics and work from anybody who doesn’t take themselves too seriously.” Her philosophy: “Shut up and draw.” I say bravo, Zeloot!

Tara McPherson was also one of the artists featured in the Art of Modern Rock chronicle. Her work is possibly the most well-known in this group of very talented young women. Tara interned in college at Rough Daft Studios and worked on Matt Groening’s Futurama. She has been featured in such magazines as International Tattoo Art, Skratch, DC Comics, Punk Planet and Burnout, to name but a few! Tara’s poster work includes Modest Mouse, Air, Death Cab for Cutie, Motley Crue and Duran Duran.

Kelsey Dugan, who currently lives in New Jersey, came to Kilby Court two years ago while in Salt Lake. She and a friend were doodling when she meet Phil, the owner of the venue. The girls asked if they could add the drawings to the collection on the wall. Phil was intrigued by the work and asked if Kelsey would like to do a few gig posters. After meeting with Leia, a new career was launched. Kelsey acknowledges that being a part of the youth and music subculture equation is what makes these posters. “ I don’t think too much about how the band matches the poster … I just draw whatever’s in my head until something hits me the right way and then I go with it.”

One night, 11 amazing women and hundreds of concerts—this show should not be missed! The show, titled Paper Dolls, will be hosted by the Women’s Art Center at 345 W. Pierpont Ave. in conjunction with the June 17 Gallery Stroll. For all of SLUG’s gallery picks, visit www.slugmag.comSUPPORT LOCAL ART!!!!!!!!!!