00:00 / 15:25
Spotify Stitcher
RSS Feed
Share
Link
Embed
Three curators at the Utah Museum of Fine Arts decided to navigate the usage of words and text in art and to showcase the versatility and artistry of language, particularly when it is used in works of art. So, they put together [con]text, an exploration of how visual artists have harnessed the power of language. 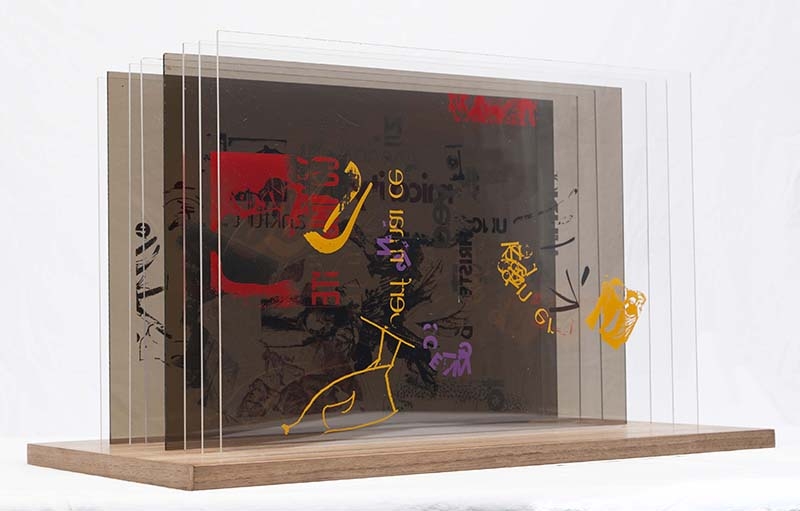 John Cage (American, 1912–1992) and Calvin Sumsion, Not Wanting to Say Anything About Marcel, Plexigram VI, 1969. Screenprint on acrylic panels with wooden base. Purchased with funds from the National Endowment for the Arts, Associated Students of the University of Utah, and the Charles E. Merrill Trust.

Words, text and language are regularly viewed as separate entities from art. The word “art” evokes thoughts of works on display in an art museum, meant for personal scrutiny and understanding. Text, however, is confined to those small plaques next to the artwork that provide platforms to better understand the pieces: context, information about the artist and time period, an expert’s analysis of the piece. That small section of text remains straightforward and objective, no matter how perplexing or inscrutable the art it describes may be.