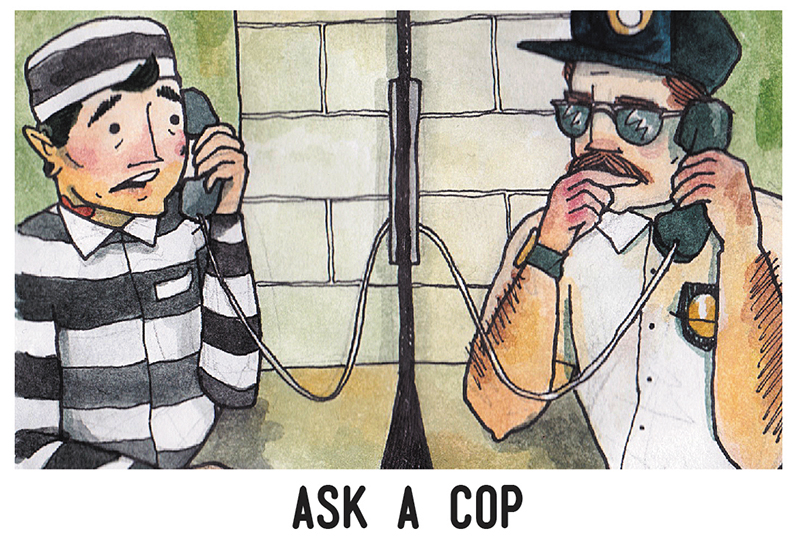 What is the most impressive cop thing that you’ve ever done? What is it in your career as a cop that you’re most proud of?

I try to write about cop life, not about me, and I’m pretty boring anyways. Also, too much detail could infringe on someone’s right to privacy, so I apologize in advance for my generalized response. So, here’s my view on courage. It comes from being in the “service” sector for the government in one aspect or another most of my adult life.

I view courage as bravery and an action by someone that is completely selfless. It’s an intentional act so completely contrary to one’s personal benefit where actual harm—physical or otherwise—is the likely outcome. The key, I believe, is that the “courageous act” is for another rather than oneself.

If someone acts in their own interest, then it’s a selfish deed not done for another, and I don’t view that as courageous. There’s a big difference between the gangster who snitches to get a better sentence and the gang member who snitches because the crime was morally wrong. They’re both telling the truth, but their motivations are polar opposites. I’ve known several “criminals” I’ll never forget who did the right thing trying to find a moral compass, and did so to their own incarceration/detriment.

Firefighters are courageous. Initially, they join because they want to serve, just like cops. I guarantee you, anytime you run into a burning house to make sure there is no one trapped or hurt, it’s not in your interest. And, that doesn’t just go for firefighters. Cops are almost always the first responders at a house fire. I guarantee that when they hear someone screaming inside a burning house, they’re going in. I’ve seen that numerous times, too.

You don’t hear about it much anymore, but this area used to be rife with meth labs—red P reduction labs. I’m guessing most readers have no idea how toxic a meth lab environment is, but when you mix red phosphorous, iodine prill, caustic and pseudo, additionally, you manufacture hydriodic acid and produce phosphine gas. That byproduct will kill you. I know many cops who have knowingly entered these environments at the risk to their health for life, just trying to clean up a neighborhood. A lot of them are dead from uncommon cancers. I view that as pretty courageous. I don’t know one cop who got a raise or was promoted for being a lab NARC.

I know cops who’ve responded on multiple fatalities, including children, at crash scenes. When they’re done, they get the awesome duty of making the death notification. They get off shift, go home, sleep and get up, and the very next day, go on another one. And that’s just the first two days of their work week. They do this day in and out, week after week. This kind of ethic is what makes me proud. It would be easy to tell dispatch you’re not available and let someone else handle it.

Have I known cops who won’t go in the burning house, won’t work the labs, always writing a ticket when the nasty collision comes out? Yes. Thankfully, they’re few in number. Personally, I’m thankful the meth labs are mostly gone—but I’d go back in if they returned.

Have a question for the cop? Email him at askacop@slugmag.com.