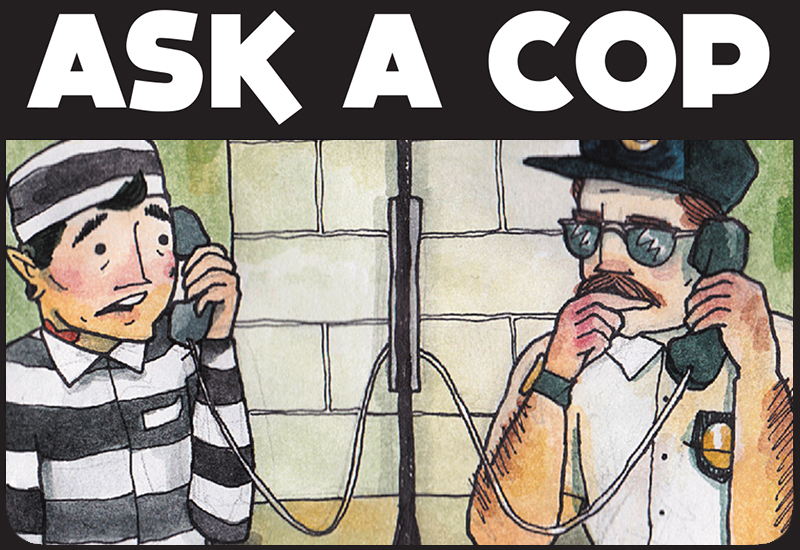 <Neo>
After reading the majority of your articles presented in SLUG Magazine over the past few years, it’s been my feeling that the subjects you have covered that involve police work relate to mostly physical, real-world issues. Not to say physical, face-to-face issues are not important, although I wanted to ask about a different side of police work that may have been overlooked… cyber crimes. I was wondering at what level police start to search and interject in cyber crimes—city-, county- or statewide? Do police interject on cyber bullying or does the offense need to be much more severe case such as identity theft, Internet scams or fraud? A good example of classic internet fraud and cyber crimes is the local KSL Classifieds. Will police interject in crimes related to KSL Classifieds?

Excellent question. An actual crime related to KSL Classifieds makes investigation and prosecution likely. Often, the biggest issue with Internet-related investigations is jurisdiction. If KSL is involved, there is a greater chance the perpetrator and vic- tim reside in Utah or close by, making prosecution possible.

Generally, most Internet-related crimes come under the jurisdiction of the federal government. That’s because the criminal is using the Internet, which is considered an interstate—and in many cases an international—medium of communication. Having said that, is the FBI going to take your fraud case or the DEA your Internet drug ripoff case? No. In most cases, you’ll be referred to your local law enforcement agency to make the report, receive a case number, and that’s where it ends.

Your scenario involving the use of a local company (KSL) as the “location” where the crime occurs makes it possible to investigate and jurisdictionally prosecutable by locals. That goes for both sellers and buyers trying to victimize each other. One big issue I’ve seen related to Internet cases is the victim not understanding the difference between a civil and criminal action. Anytime a crime occurs, a prosecutor has to prove “intent” by the actor to commit that crime. That’s why you don’t get prosecuted for one bad check. Just say you didn’t know, and then there’s no intent and no crime. If there are multiple bad checks, or the account has been closed for six months, then, obviously, it becomes much easier to prove intent and prosecute the fraud. It’s basically the same with many Internet-fraud-type incidents. Nonetheless, Internet bullying deemed criminal is always investigated and prosecuted by the locals when possible.

Mostly, the Internet crimes that are investigated and prosecuted are Internet crimes against children, drug sales on the dark web such as the old Silk Road, intrusion, human trafficking and terrorism—and they’re done so by the Feds.

I shouldn’t imply that the FBI won’t take your fraud case, but in 99 out of 100 cases, they won’t. In this day and age, someone sending $50K to Prince Phillipe de Bobo in Nigeria promising to double their money won’t be investigated. However, legit victims are welcome to submit their case to the website ic3.gov for review. Also, should you have questions, the FBI duty agent is just a phone call away and always available and willing to assist you.

Have a question for the cop? Email him at askacop@slugmag.com.