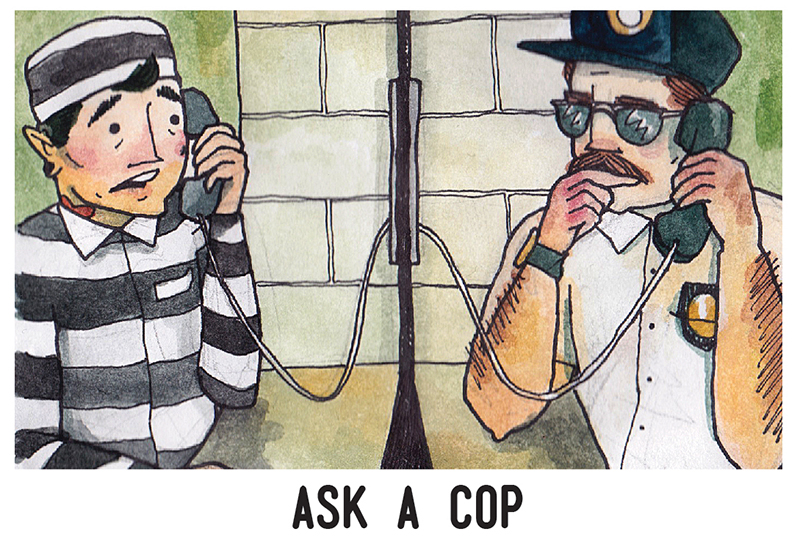 I just saw another cop pull over near a sidewalk and arrest a guy—possibly, a drug dealer. Had the cop not pulled him over, I would have just assumed he was just another dude with a ’90s fashion sense (I’m pretty sure he was wearing Adidas snap-away pants) walking down the sidewalk. It would seem, then, that the cop had probable cause. That got me wondering: How does probable cause work? What must a cop see from somebody in a public setting, and what if the cop doesn’t literally “see” drugs or paraphernalia? What if that guy was just trading Pokémon cards and doesn’t want his friends to know he still does that shit? How does this work with someone’s car?

Speaking of cars, from a cop’s point of view (before a lawyer can accompany a “suspect”), what do cops consider probable cause if they suspect a DUI from a driver? Also, if a driver doesn’t submit to any sort of intoxication test—neither field sobriety test nor a breathalyzer—and evades any sort of sly persuasion to stare at a flashlight in their face, what can a cop do at that point? Would a cop need a warrant? What are the chances of a warrant being issued if so, and how does the notion of probable cause play into this and a potential arrest?

-Probable cause for questions

I’m pretty sure the cop busted the dude for wearing snap-away pants. I would’ve. I believe you’re inquiring about two different standards, reasonable suspicion and probable cause.

Cops generally make stops of people, whether on foot or using a conveyance, based on reasonable suspicion. That is a very low standard. However, when an actual arrest is made, that arrest is based on probable cause.

The U.S. Supreme Court stated, “The probable-cause standard is incapable of precise definition or quantification into percentages because it deals with probabilities and depends on the totality of the circumstances. The substance of all the definitions of probable cause is a reasonable ground for belief of guilt, and that the belief of guilt must be particularized with respect to the person to be searched or seized.” (Maryland v. Pringle)

The only legal standard I’ve ever heard quantified is “preponderance” of the evidence (over 50 percent), which is what’s required to prove someone guilty in a civil court. So, we know that probable cause is less than preponderance but more than reasonable suspicion.

Per your scenario, the cop is going to stop the DUI based on the very low standard of reasonable suspicion, like crossing over the line or stopping for a green light. The cop will administer FSTs (field sobriety tests), and question the driver. Based on the totality of all this information, the cop will then make or not make a DUI arrest, which is based on probable cause. The cop will then ask the driver to submit to a test, which the driver has the right to refuse. The cop can then obtain a search warrant from a judge, based on probable cause, which can compel the driver to submit.

Remember, in this day and age, all of this information, including the sly eye, is being recorded up close and personally by the officer. All that evidence can be used in a DUI conviction.