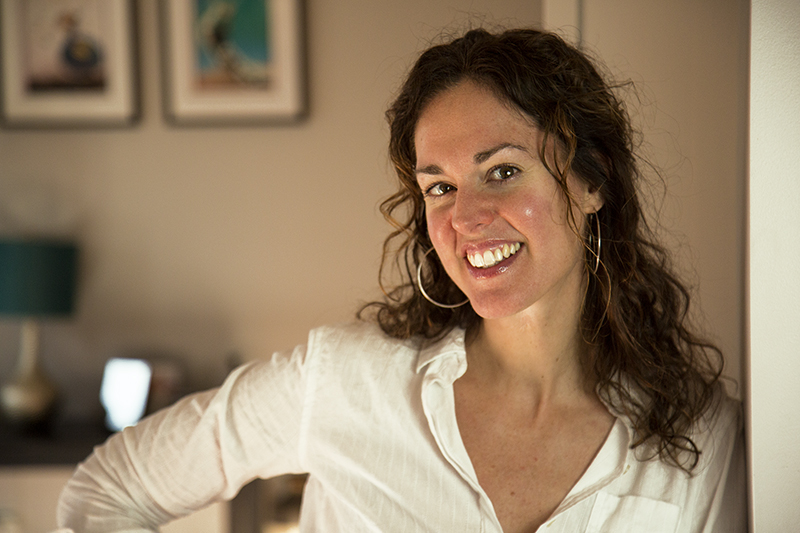 I was able to experience the emotional impact and ideas that a well-produced film can elicit while watching Vessel. It’s a film documented, directed and produced by Diana Whitten about Women on Waves, a project with the mission to provide safe, legal abortions and education about abortion for women who live in countries where it’s illegal. Vessel is one part of Whitten’s repertoire as a director, and she is also an influencer within the organization Film Fatales, whose Utah chapter she established. Whitten says, “[Film Fatales] chapters across the country, and now world, meet regularly to share resources, collaborate on projects and build an environment in which to make their films. It is a space where we can foster efforts that contribute to creating parity in film and TV, and with it a more diverse collective story.”

Who is telling the story in a film is important. The viewpoint coming from that person is influential on what we are consuming when watching a film. “Only 4 percent November 28, 2021 of the top-grossing films are entrusted to women directors—an abysmal statistic,” Whitten says. “Right now, the storyteller is overwhelmingly white, straight and male. It perpetuates an inaccurate reflection of who we are.” This contrast is disheartening and a problem. This is one of the issues that Film Fatales brings to light and actively works to overcome by creating a large network of female directors, producers, etc., to support each other across the country and world. An example of this is the way they construct their Film Fatales calendar to highlight other Film Fatales’ release shows in order to support each other. Whitten says, “When women direct, they not only bring new perspectives to this collective story, but it has been proven that they hire more women, more people of color, and more LGBTQ+ people in both department-head and pipeline positions.”

Whitten produced a phenomenal documentary on a real issue and Women on Waves’ fight against it in Vessel, which won the Audience Award and the Jury Award for Political Courage at SXSW 2014. Vessel connects to Film Fatales’ mission by shining a spotlight on the issues women face due to social and political restraints put on them and their bodies. Whitten’s work radiates this mission in Vessel and in other productions like An Unruly Faith, an upcoming film that documents LDS women and their fight to be ordained, for which she’s a consulting producer.

Originally from Massachusetts, Whitten worked in film and television in New York City, where she first used Film Fatales as a resource. Soon after Vessel, Whitten found herself on a road leading her to Utah. At Mountainfilm Aspen, Whitten met her now partner, Tyler Measom, a Utah native who brought her from New York in 2016. Whitten quickly discovered that there hadn’t yet been a local Film Fatales chapter established. Knowing that there was and is opportunity for Film Fatales to aid in the growth of other underrepresented female-identifying filmmakers here in Utah, she made it happen. Whitten says, “I didn’t yet know many people from the film community in Salt Lake, so I reached out to Virginia Pearce of the Utah Film Commission and Geralyn Dreyfous of the Utah Film Center, and they helped me put together a list of filmmakers.” After establishing the Utah chapter of Film Fatales, headlines began to read “Weinstein” and “#MeToo”. The concurrent #MeToo movement aided in Film Fatales’ traction. Whitten says, “One thing #MeToo highlighted is the validity of organizations like Film Fatales. Our local chapter was in place when #MeToo exploded, and as an entity, [it] was ready to participate in the local reckoning and in efforts to address the challenges [that #MeToo] exposed.”

The Film Fatales chapter that Whitten helped create offers Utah women a network that spans from Los Angeles to New York. Whitten’s initiative opens the door for many aspiring filmmakers who might not have the resources they are entitled to due to the societal restrictions of gender. “In an industry where who you know can get you jobs and access to professional opportunities, being part of a vast network is invaluable,” Whitten says.

With Film Fatales’ collaborations with Tribeca Film Institute, Sundance Institute, IFP and San Francisco Film Society, the organization provides various opportunities for aspiring filmmakers exposure, such as increasing exposure of and promoting theatrical, festival and digital premieres and releases. Other benefits are invites to and participation in screenings, events, workshops and panels, and insertion on “recommendation lists” for grants and labs. Additionally, F.F. gives access discounts on film-festival entries and festival and conference badges, and affords female filmmakers more experiences.

Whitten has also worked in, children’s television and theater. She has consulted on feature films Roll Red Roll (2018) and Dying in Vein, The Opiate Generation (2017). Today, she’s working on a project with Film Fatale Carol Dalrymple in San Francisco. This project involves constructing a “virtual layer of augmented reality art on to the iconic Maestrapeace mural,” which celebrates the contributions women have made to the world. Whitten says, “It’s a complex project involving a collective of muralists, AR artists and local NGOs, and I’m excited to be learning about a new, groundbreaking medium.”