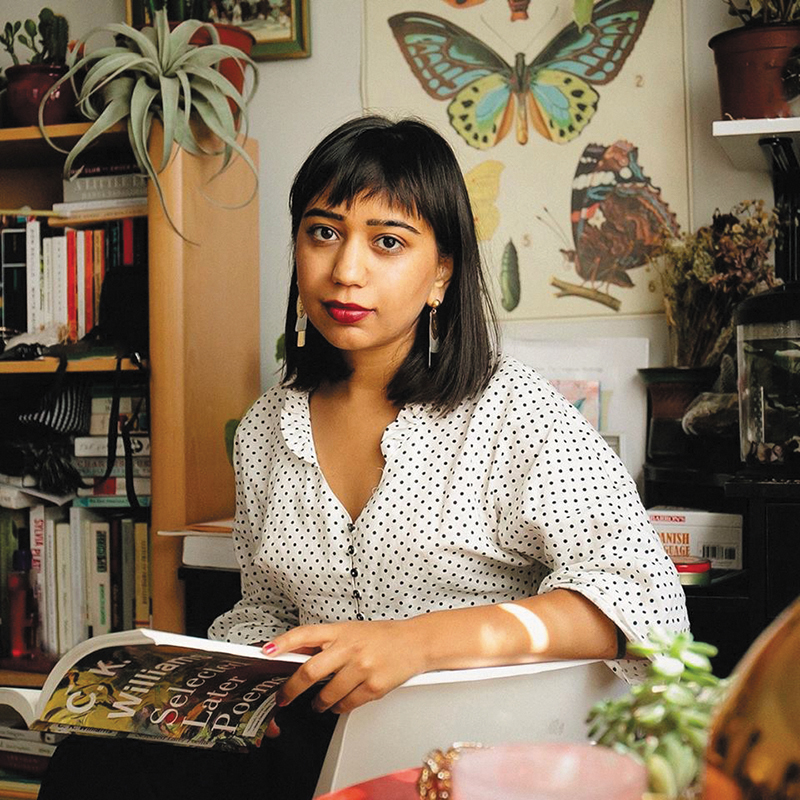 Jai Hamid Bashir: A Knife Delivers Us from Tenderness

wings, after spreading her hands like a blind ascetic

cooing in a mocking chicken voice to soothe & raise

up the animal, the way cold breath lifts a small cloud.

Circumnavigating her hands around the ligneous neck,

the plume of the bird, comforting the moon-shaped eye.

Hands that had enveloped mine, folding dough, secret as

making fascicles to hide in the drawer she keeps her white

dresses & the false breast that I once touched mistaking

it for real flesh, as Nani rushed in, the whip of her three-pronged

braid hanging like a war medallion grown after chemo. She takes

the bird & cracks the neck with her knife. Calm as separating flesh

from the pit of a peach. She hands me the feet, the yellow cells,

wrapped in the pattern of a honeycomb. I am dumbstruck, a trinity

of nails lays in my palms. A woman who grew my mother inside

could end a life, just as tender. A nebula of starlings swarm

around & a cool reef of mountain air rises among the trees.

Jai Hamid Bashir is a Pakistani-American teacher, creator and writer based out of Salt Lake City. You can find more of her work and musings at jaihamidbashir.com.