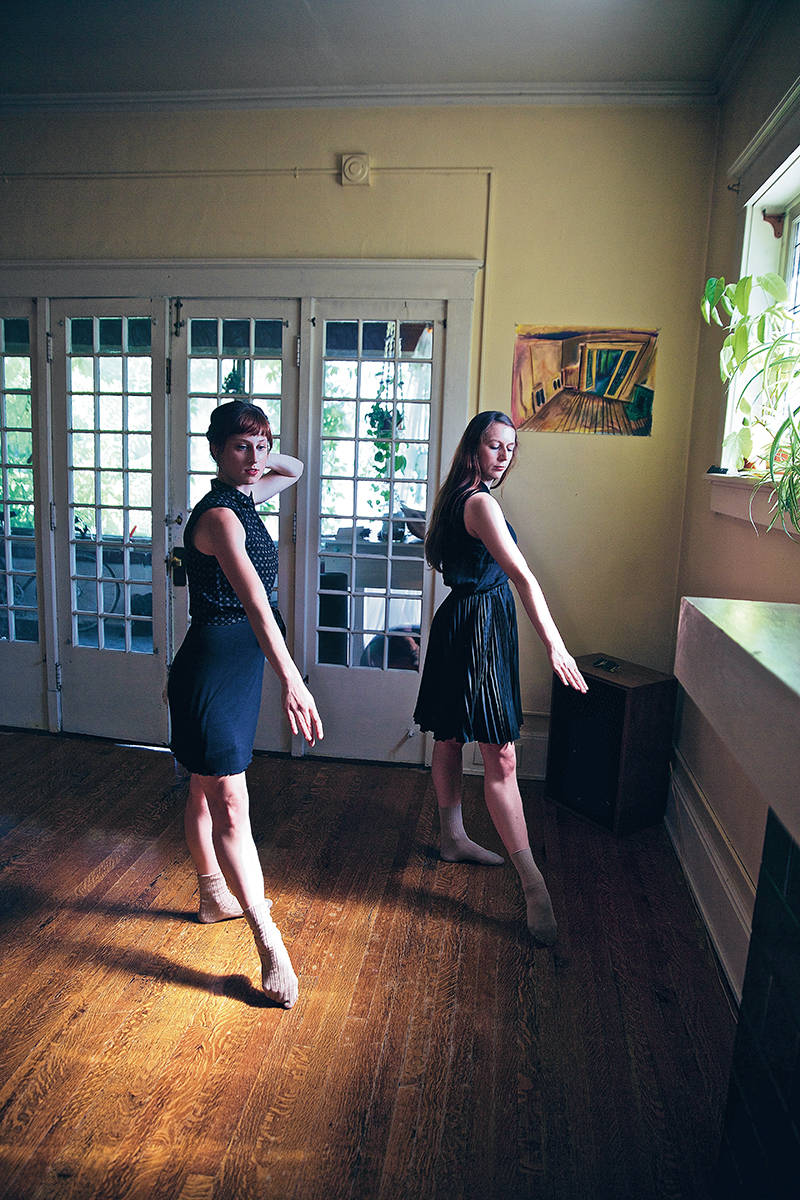 As longtime contributors to the local dance community in Salt Lake City, choreographers/performers Amy Falls and Amy Fry are collaborating together for the first time. Falls has an academic background in modern dance from the University of Utah and is currently serving in a managerial position for the local dance organization loveDANCEmore. After studying dance in San Francisco, Fry now teaches occasionally at Millennium Dance Complex and was contacted by Falls to assist her in choreographing a contemporary duet for their upcoming performance at the Craft Lake City DIY Festival.

“We came into it not really knowing the style of the other person, but that’s the beauty of the collaboration,” says Falls. “[Fry’s] style has been co-creating the movement itself. She forces me to hone in more specifically on what I want to draw from the piece as well as to be able to articulate that to another person. … We work really well together.”

Throughout their process, the project involves blending their respective styles to form an innovative piece that draws inspiration from narrative elements of the German fairy tale Snow White and Rose Red. By drawing inspiration from a few lines of text, the pair use the evocative power of fairy tale language to direct the flow of their movements. Thus, the goal is not to recreate the story, but to abstract its imagery into a physical form. “I’ve been interested by the structure of fairytales and the narrative tropes that come along with them,” says Falls, “and so we’re finding a way to extract that and reconcile them with the blended movement vocabulary.”

To get there, however, Falls and Fry spend a lot of time refining their actions, and they experiment with a variety of stimuli. “It’s open-ended,” says Falls. “We’ll dance to a lot of Drake to get going, but then the final music selection might end up being Bach. … Layering the music is another element to creating the structure on top of the movement narrative which already exists.”

In this way, the dance is a more personal project that focuses on combining some aspects of classical training within the raw experience of their movements. “Everything we’ve been taught before by teachers is there, but I don’t have anybody in mind,” says Fry. “It’s more about exploring ourselves.”

Make sure to catch their showing at the 2015 Craft Lake City DIY Fest on Aug. 8 and learn more about their various artistic projects by visiting amyfalls.com and mdcslc.com.