Ballet West’s current season, which runs two and a half hours, is an ambitious bill, uniting the music of Stravinsky, Mozart and Gershwin. 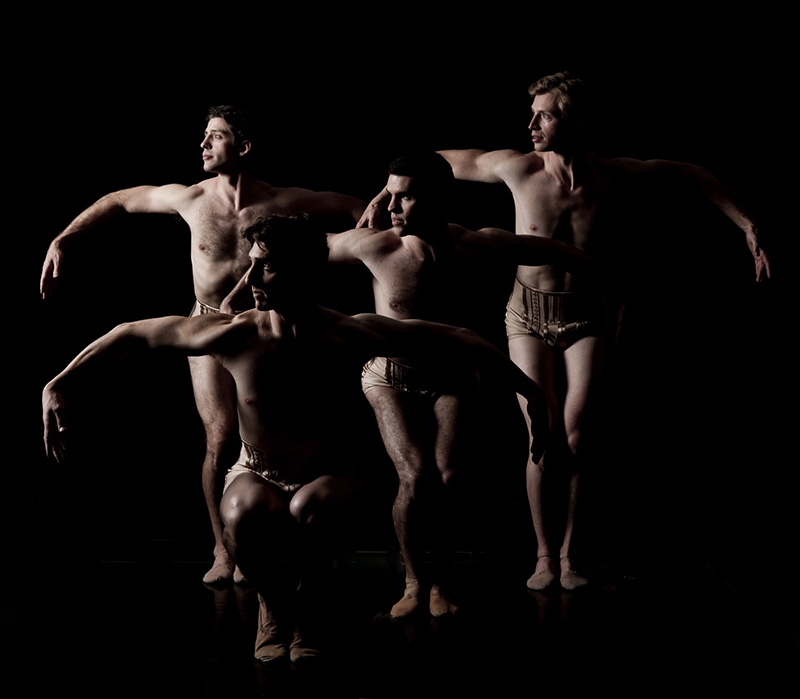 Ballet West’s current season, which runs two and a half hours, is an ambitious bill, uniting the music of Stravinsky, Mozart and Gershwin. The orchestra, conducted by the company’s three very different and very able conductors, sustains interest throughout. First comes “The Firebird,” in a revival of the version by Willam Christensen, who founded the company in the ’60s as the Utah Civic Ballet––Ballet West is now commemorating its 50th anniversary. While competent and illustrative of the narrative, which was originally choreographed by Mikhail Fokine, Christensen’s stately court dances and fight scenes are ultimately a snooze. They display the formality, but lack the wit and absurdity of other revivals of Ballets Russes classics. (That iconic company would go on to premiere “The Rite of Spring” in 1913, three years after “Firebird.”) Ballet history buffs might have enjoyed the original choreography more, but I pined to see a slightly queerer new version (that recently took place in New York City).

The best piece on the bill was a 20-year-old work by Jiří Kylián, originally made for the Nederlands Dans Theater. “Petite Mort” has enjoyed a warm reception all over the world. It neither asks nor answers any hugely important questions about men and women. Even so, it is a clever, tightly conceived meditation on the contemporary value of that certain kind of heightened sexuality, which, for lack of a more precise term, often goes by the name of “contemporary ballet.” Ballet West’s dancers handle the sensualized distortions of traditional pas de deux vocabulary with aplomb, coming in and out to the floor with the seamlessness of modern dancers. I loved the scenes in which six black dresses animated themselves and the stage was cleared by an Isadora Duncan–esque tsunami of black cloth. (This 20 minutes was worth the two-hours-plus of relative boredom that surrounded it.)

While both safe choices, neither of the pieces above totally reeked of pandering to our expectations of companies like Ballet West. What did was “Who Cares,” George Balanchine’s homage to the music of Gershwin. “Who Cares” was the end of this long night, and in this context, looks every bit as outdated as Mr. C’s “Firebird” and (New York City Ballet pedigree aside) lacks its historical curiosity. Everyone dances with a fierce correctness, but they fail to make me see what other critics have long praised about this work––how brilliantly it marries European dance tradition with distinctively American music. I see that the two traditions coexist, but not in a way that changes my understanding of either one, and the exploration of heterosexual love is about as sophisticated as it tends to be in Ice Dancing at the Olympics. I will say that Christopher Sellars’ dancing, while less technically exacting than that of the women around him, reminded me of much more interesting American choreography of the same era––Antony Tudor, Bob Fosse—even, in moments, Gene Kelly.

As others have pointed out recently, the company is doing fine: They employ a massive number of talented performers and draw large crowds. What a pleasure it would be to see them taking a real artistic risk (other than having a reality TV show) in the work of curation.