00:00 / 15:25
Spotify Stitcher
RSS Feed
Share
Link
Embed
Faced with an overwhelming response upon the announcement of their second yearly pageant, the Bad Kids decided to give every applicant a chance to compete, splitting the pageant into two preliminaries before the actual main event, to be held on June 5. 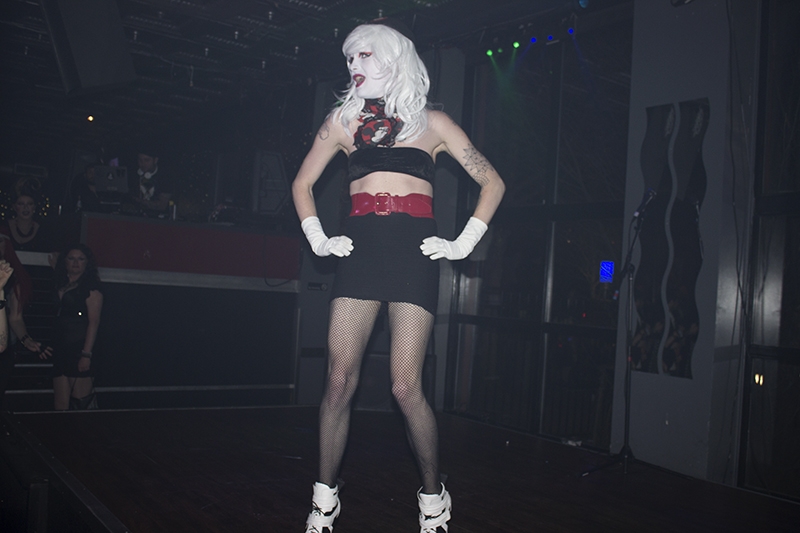 “I feel like people were genuinely true to themselves, which is what we hope for,” says Cartel. Photo: Christian Schultz

Faced with an overwhelming response upon the announcement of their second yearly pageant, the Bad Kids decided to give every applicant a chance to compete, splitting the pageant into two preliminaries before the actual main event, to be held on June 5. Since their inception in 2012, the Bad Kids have opened up a Pandora’s Box within Utah drag culture—and as with any Bad Kids show, their annual Pageant provides a stage for diverse talent and all kinds of drag performance, without gendered limits.

The crowd at Metro was sparse upon the evening light of an 8 p.m. arrival time—club kids don’t tend to fare well in the sun. In addition to their full bar, Metro’s newest culinary venture, Café 540, was turning out incredible dishes throughout the night. (Don’t eat where you shit? Please disregard—Café 540’s classic and vegan diner fare is absolutely amazing!). As the liquor poured and the night rose, Metro was soon filling up with all sorts of queers and Thursday night DE (Dance Evolution) regulars.

Bad Kids Mamma Cartel and last year’s Pageant winner, Mae Daye, were hosts for the evening, perched on a balcony nearby Thursday night mainstay DJ Jeff Hacker. As the contestants were readying themselves for performance, Mae Daye talked about what was so special about the title she won last year, (christened Teen Scream, Baddest Kid of All)—“I loved it! Loved it, loved it, loved it, loved it,” she says. “It was great because it opened all the doors for me—I performed in just about every drag performance group, I hosted a pageant down in Provo. There’s photoshoots, interviews and more shows than any other group in Salt Lake. It’s been amazing.”

Along with emceeing, the two busied themselves taking detailed notes of each performance, with the intent of presenting each performer a constructive critique in advance of the Pageant or any future performances. Cartel explained the judging framework: “For the preliminary rounds it’s audience choice, the top four will advance to the main pageant in June and then [The Bad Kids] as a group will pick one person who wasn’t chosen by the audience as a wild card.” Two tickets were handed to attendees to be deposited in decorated ballot boxes near Metro’s entrance.

This first preliminary round featured only performance—each contestant had only a few minutes to energize the crowd into voting for them. Shawanna Deux began the performances with an energetic dance number, followed by a sultry Ava ZaWhore and Maiden Taiwan, who performed to Hercules and Love Affair’s funky-electronic “Blind.” Cthulu capped off the first set with a super campy, totally deadpan mod dance, (perhaps the oddest of the evening, though a super awesome reminder of the importance of weirdo humour in drag).

After a 5-minute smoke break the second round of contestants took the stage. London Skies, Chartreuse Ey and Little Shapeskein continued the performances. Chartreuse, the only femme-queen tonight, delivered the most memorable performance—stripping out of a fluffy black gown to reveal a painted-purple body and star pasties. Marilyn Go-Lightly, dressed as a devilish Mickey Mouse, ended the contest on a high note.

The contestant performances were finished around 11 p.m. Around midnight, a handful of seasoned Bad Kids performed as part of a show called Domestica: The Secret Lives of Housewives. Performances included Mae Daye, last year’s contestant, now regular Bad Kid Jezebel Jet and an uncanny combo of Odge, Tony and The Bearded Femme.

While counting out votes backstage, Cartel gave her thoughts on this round of performers. “I feel like people were genuinely true to themselves, which is what we hope for,” she says. “That’s what this whole pageant is all about. Every contestant got on that stage and did their best at what they do. Having people vote is hard—it’s a popularity contest.” With nearly 20 people over two preliminary shows, the talent seemed overwhelming. “I was really glad that I performed last year and not this year,” responded Mae Daye.

The five finalists were announced in humble fashion—Chartreuse Ey, Little Shapeskein, Shawanna Deux, London Skies and Ava ZaWhore: May the odds be ever in your favor.

The second preliminary will be held on Thursday, April 10. The finalists of both rounds will compete for titles in the Second Annual Bad Kids Pageant on June 5 at Metro Bar.