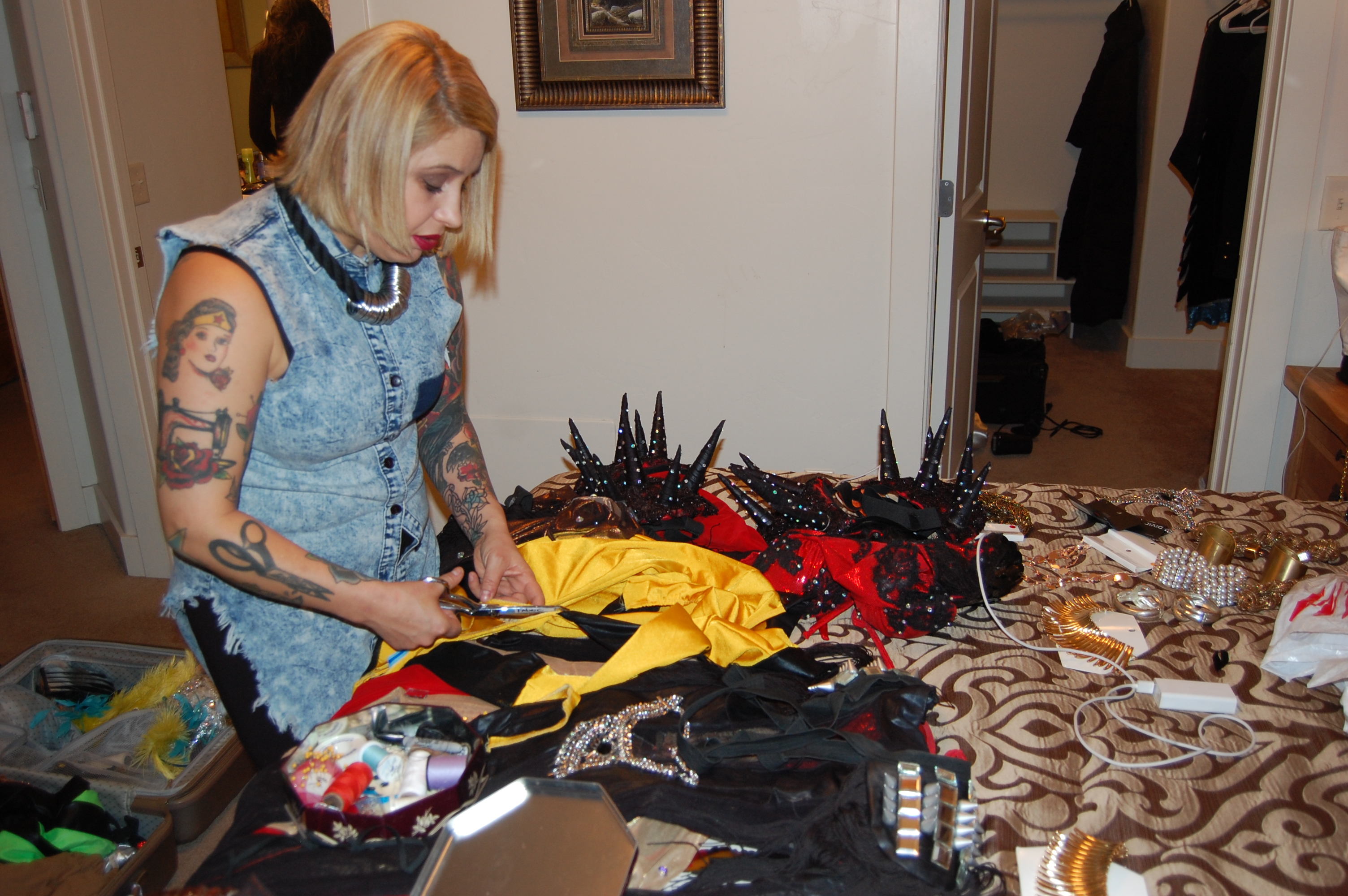 Carmela Lane: The Woman Behind The Glamour 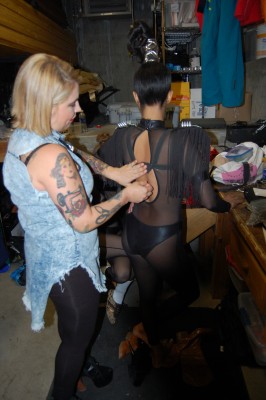 Carmela Lane, the powerhouse designer behind some of the hottest costumes in New York City, is also a master of management. The TAO Group, a popular high-end night club company with locations in New York and Las Vegas has opened a pop-up venue during Sundance’s opening weekend that would play host to one of the most exclusive, celebrity-filled parties during the entire festival. Brazil-native Carmela Lane, the creative director behind the venue’s go-go costumes, is here to oversee the girls during the event and SLUG was able to come along for the ride.

Those who have been to a TAO Group location such as TAO, LAVO or Marquee will know these places are here to cater to the one-percenters. Bringing in some of the hottest acts in electronic music, nothing about these clubs are low-key, and Lane’s designs are a major aspect of the one-of-a-kind environment that makes these VIP experiences so glamorous. In the car on the way to the event, Lane is on the phone with LAVO in New York, sorting out an issue with one of the dancers. Aside from designing the costumes for the clubs, Lane is in charge of managing the dancers as part of the package her event company, 26 Stars, offers. Running out of her home in Weehawken, New Jersey, 26 Stars is behind the costumes that appear at Ultra Music Festival in Miami and the Robot Heart art car at Burning Man, as well as private consultations making Halloween costumes for celebrities or private events. 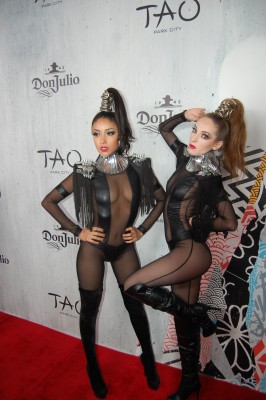 We arrive at the club—which is located in a basement parking garage below Park City’s Main Street—and Lane begins helping two of her dancers, Alice and Deanna, prepare their first look for the evening. Her designs are extravagant, and I wonder why she’s never approached the world of street fashion. “For awhile, I tried to do clothing and I tried to make a collection, [but] it would always come out looking very glitzy and drag queen–ish,” says Lane. “I started making costumes and working with the TAO Group and they gave me a lot of freedom of creation and a good budget to [work with] and there wasn’t really micromanaging. They would give me a theme and I would work with it.” For Sundance, Lane played into the theme of the sun for the costumes the girls would be wearing that night. She pulls out groups of two identical mesh leotards, each dripping with gems and studs in bright, warm tones of gold and bronze.

The detail in the costumes makes them closer to a work of art than anything, as each gem is carefully placed and symmetrical to each side. “I want to be very avant-garde here, I want to do elaborate hair and use the most elaborate costumes because I want the girls to really stand out and have something really different in TAO,” she says as she helps the girls intertwine metal fixtures into their high ponytails. Her passion for design is what makes her creations stand out, and throughout the night people talk about how the dancers at TAO are the best-dressed dancers at any Sundance event.