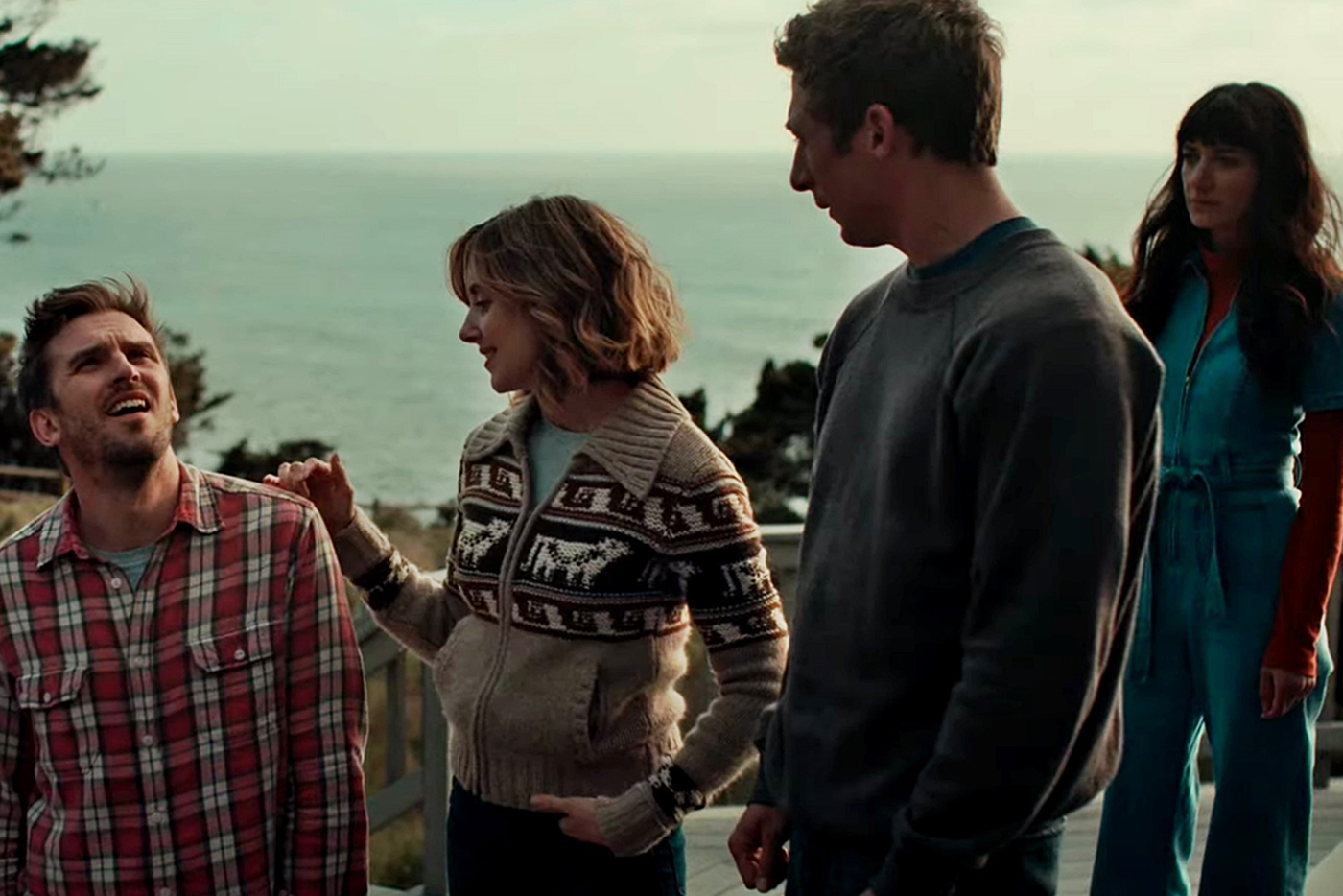 Movie theaters are over. Sure, you might for a minute feel nostalgic for the privilege of driving to the Gigantaplex, buying pricey tickets, forking over another lump sum for an XXXL BladderBuster Diet Coke and MegaButter popcorn before being marched to your Assigned Corporate Seat among the other chumps, but you’ll get over it. You probably already have.

Video-on-demand releases during These Uncertain Times™ have proven that good content is venue-fluid. Hamilton on Disney+? Fantastic. Palm Springs on Hulu? Amazing. Extraction on Netflix? Didn’t see it, but it’s there and ready to kick my eyes in the balls with a single click.

VOD isn’t without its downsides, though; plenty of shit also slips through the cracks. Here are 10 of the absolute worst movies to premiere over video-on-demand streaming in the past four months—if you haven’t been suckered into watching any of these yet, beware.

(BTW, other esteemed SLUG film critics have already given a few of these movies positive reviews. I’m not saying I’m right and they’re wrong, just that opinions are like old Father John Misty albums: Everybody has one, but nobody really knows why.) 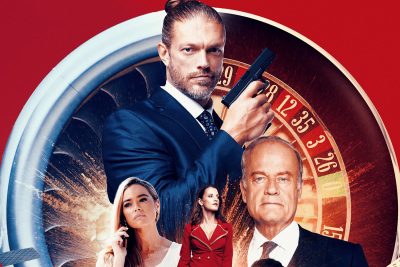 Money Plane (VOD)
A pro thief (Adam Copeland, aka WWE ’rassler Edge) and his luxurious man bun are forced to pull One Last Job: robbing a flying casino of its … bitcoin? … for crime kingpin “The Rumble” (Kelsey Grammer). Instead of ass-kicking combat (it’s Edge!) and aerial action (it’s a Money Plane!), all you get is interior shots of goons ambling around what appears to be a Reno Days Inn and Frasier chomping a cigar on Zoom. Also starring piranhas(!) and Thomas Jane(?). 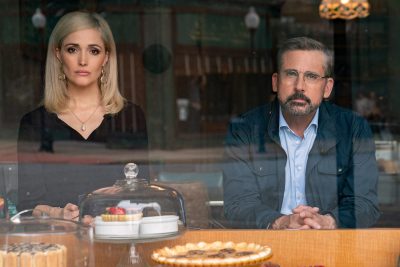 Irresistible (VOD)
You’d think an election-year satire starring Steve Carrell and Rose Byrne as dueling political consultants would be impossible to fuck up. But director Jon Stewart, of all people, somehow instilled Irresistible with fewer laughs and less insight than an NPR segment on the ethics of soy hot dogs. Instead of playing up Red v. Blue, Irresistible is as dull and passive-aggressively preachy as your Libertarian friend on Facebook who won’t stop posting Joe Rogan clips. 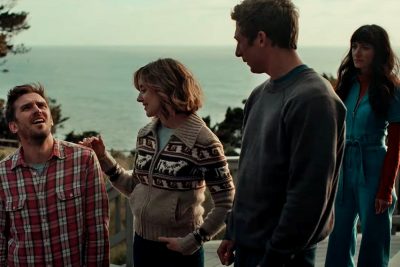 The Rental (VOD)
Two couples spend the weekend in a seaside Airbnb … and that’s about it. The Rental shifts from a boring relationship quadrangle into a boring horror film after what seems like five hours (it’s only 90 minutes long), wasting a killer cast (including Alison Brie, Dan Stephens and Toby Huss) and enough fog machine juice for an entire summer of EDM festivals. First-time director Dave Franco almost nails a creepy vibe in the homestretch; good luck making it that far. 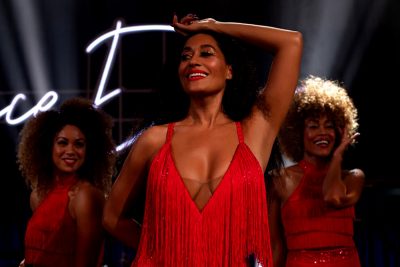 The High Note (VOD)
R&B superstar Grace (Tracee Ellis Ross channeling her mother, Diana Ross) clashes with her record label over coasting on live albums rather than recording new material, because it’s 1978. No, wait, it’s now, when no one gives a shit about record labels and live albums. The High Note is a cloying Boomer fantasy about a music industry that no longer exists, and further proof that Dakota Johnson (as Grace’s assistant-turned-producer) should stick to Fifty Shades flicks. 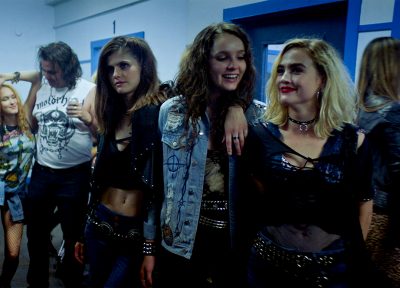 We Summon the Darkness (VOD)
In 1988, three girlfriends (led by Alexandra Daddario) rock at a death-metal concert and drag a trio of knucklehead musicians to their remote house to party. Surprise! The girls are part of a Satanic cult (Daughters of the Dawn—eh, not bad) and the dudes are dead meat. We Summon the Darkness could have been a rock & roll classic, but never fully commits to the requisite gore and sex—not even Johnny Knoxville as a TV preacher can liven things up. Fail Satan. 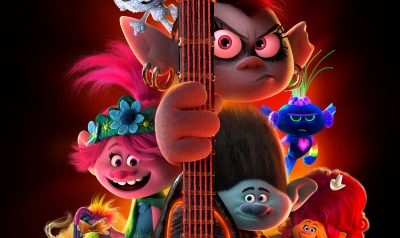 Trolls World Tour (VOD)
A unity-propaganda cartoon about six tribes of Trolls, each represented by a guitar string, coming together in alleged “harmony”? Puh-leez. In positing that there are only six types of music (pop, funk, country, classical, techno and rock), Trolls World Tour completely denies the existence of the seven-string guitar—there’s no room for Korn in your precious world, Trolls? There couldn’t be a seventh, nu-metal tribe? Korn already look like Trolls, forfucksake. 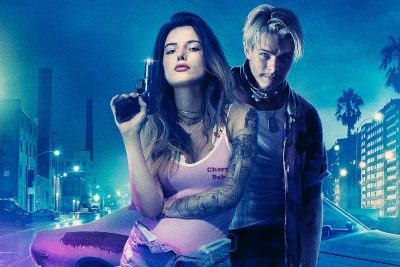 Infamous (VOD)
Ex-Disney kid Bella Thorne and apparent ’90s Stephen Dorff cosplayer Jake Manley star as an Instagram Bonnie & Clyde, racking up likes and heists on a cross-country crime spree. We all know how Infamous ends, but at least Thorne seems to be trying to make the most of an otherwise phoned-in movie. Come to think of it, her wild-child energy is exactly what We Summon the Darkness needed—if only for this, we’re going to need a do-over, 2020. 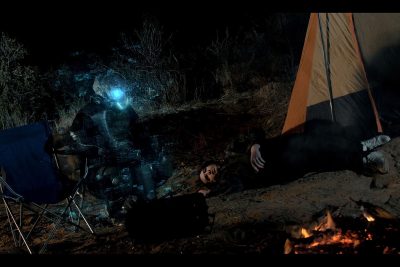 Battlefield 2025 (VOD)
A random group of campers, escaped convicts, cops and whoever else was available over the weekend this was filmed band together to fight off an alien invasion in Arizona. If you’ve ever spent a minute in Arizona, you know it’s a parched hellhole that should just be nuked, paved and converted into overflow parking for California—not worth saving. So who to root for in Battlefield 2025? Probably the aliens. After this, they should pay a visit to Dave Franco’s Rental. 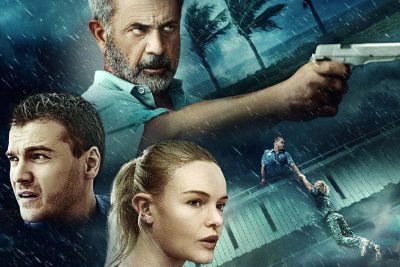 Force of Nature (VOD)
A retired cop (Mel Gibson) takes on a gang of thieves pulling a heist during a hurricane … hold on … wasn’t this already a movie? Literally called The Hurricane Heist? Needless to say, the suckfest of Force of Nature pales in comparison to 1999’s Forces of Nature, wherein a psychotic woman (Sandra Bullock) kidnaps a traveler (Ben Affleck) and dumps him in a pit, from which he emerges as Batman. At least that’s how I remember it—’99 was a weird year. 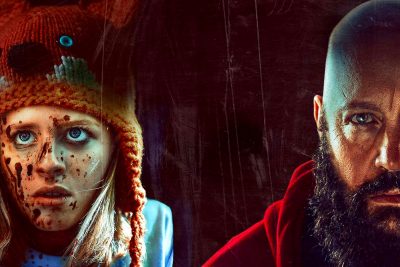 Becky (VOD)
Thirteen-year-old Becky (Lulu Wilson) takes on a gang of escaped convicts (it’s an epidemic) led by Paul Blart: Neo Nazi (Kevin James) to save her dad (Joel McHale). Becky is sufficiently bloody and brutal, but James isn’t up to playing the Big Bad, which is especially disheartening when you consider that we could have had Simon Pegg (who dropped out before filming) in the role. Hell, maybe Mel Gibson would have made a great Nazi … too on-the-nose?