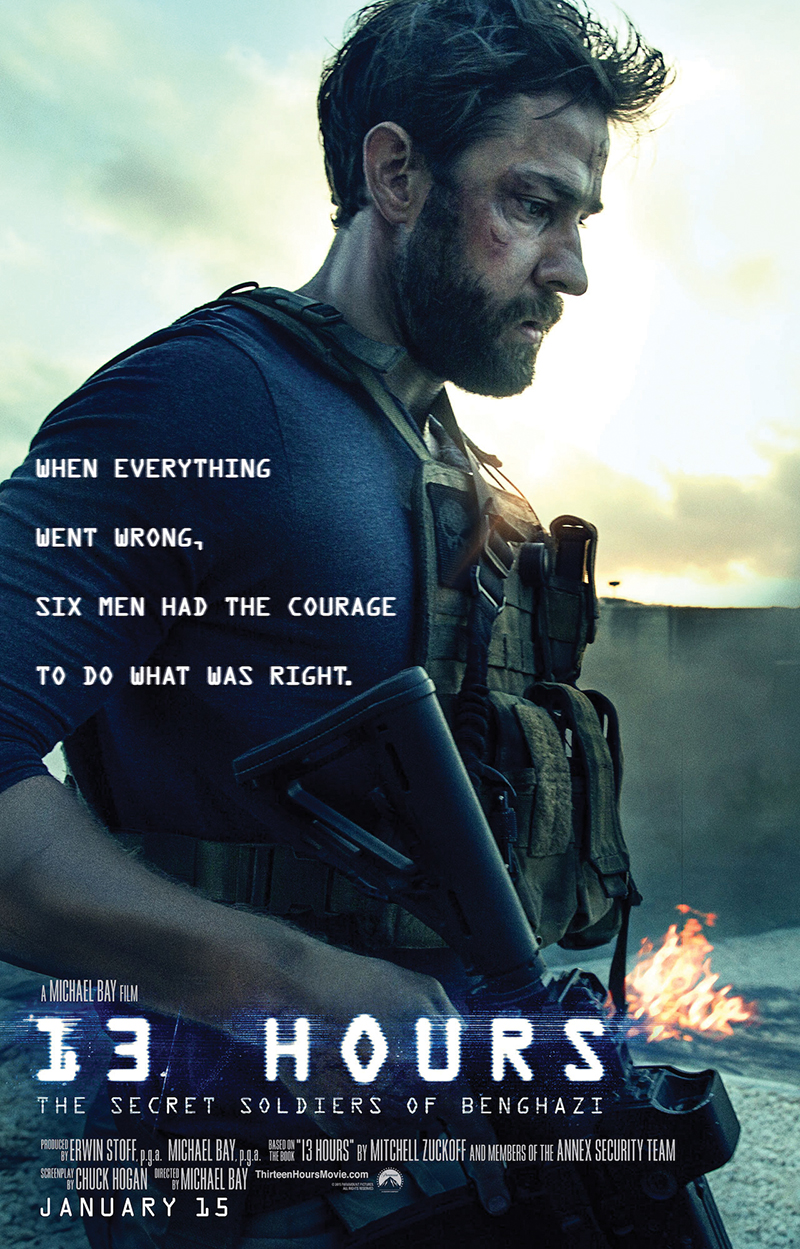 There was a time, not so long ago, when this movie buff would get excited for a new Michael Bay movie. Sure, I was 13 years old, but there was nothing better than explosions, car chases and fire fights on the big screen. For the next 10 years, things were mostly decent (sorry, Pearl Harbor), but then Bay got his hands on the Transformers franchise, and everything went to hell. A decade later and four robotic disappointments in the bag, one would be nervously excited whenever Bay decides to step outside of the war between the Autobots and Decepticons. On Sept. 11, 2012, in Benghazi, Libya, extremist fighters attacked an American diplomatic compound as well as another secret compound nearby. In order to thwart the attack, six American soldiers fended off wave after wave of attacks in order to save the lives of the other present American personnel. Since the confrontation, many controversies attributed to the United States’ lack of response have been brought into question and fingers have been pointed. With that said, Bay, along with the surviving soldiers, refuses to bring the cloudy political issues into play and only focuses on what those soldiers did to survive. The majority of 13 Hours: The Secret Soldiers of Benghazi‘s 144 minutes is nonstop action, so we need a director capable of delivering controlled chaos, and Bay is one of the best for the job. (Granted, those robot disasters were almost unwatchable, but the action was in attendance). Along with the action, John Krasinski, James Badge Dale, Pablo Schreiber, David Denman, Dominic Fumusa and Max Martini all bring a realistic sentiment to their real-life counterparts as they reflect on family and brotherhood in between times of life-threatening danger. This project proves that the spirit of the pre-Transformers, product-placement-obsessed Bay is still alive inside there somewhere, which excites this critic incredibly. One can only hope that this enjoyable entity can escape more often with even greater action sequences. –Jimmy Martin