SLUG Mag Soundwaves
Episode #403 – Mykah
00:00 / 21:59
Spotify Stitcher
RSS Feed
Share
Link
Embed
Utah Museum of Contemporary Art is putting on an exhibit celebrating the cult filmmaker Trent Harris, which is open free to public. The exhibit opened on January 17 and will run until April 26. Included in this celebration was the free screening of Harris’ sci-fi satirical interpretation of Mormon history, Plan 10 From Outer Space, followed by a book signing. 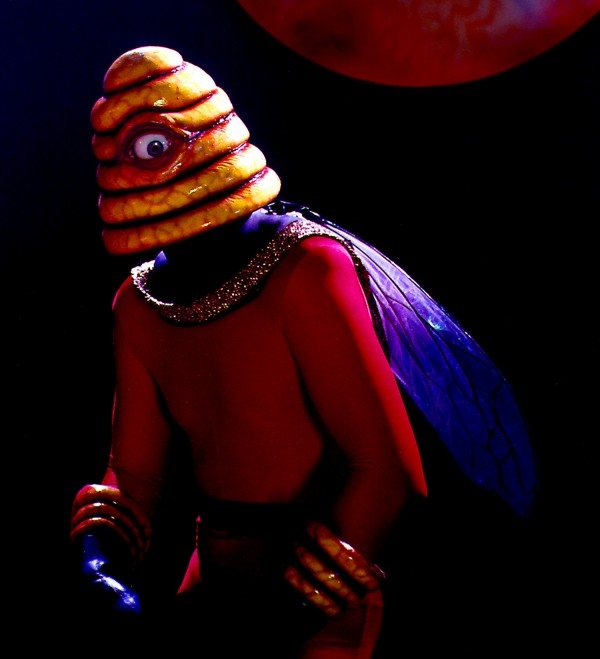 Utah Museum of Contemporary Art is putting on an exhibit celebrating the cult filmmaker Trent Harris, which is open free to public. The exhibit opened on January 17 and will run until April 26. Included in this celebration was the free screening of Harris’ sci-fi satirical interpretation of Mormon history, Plan 10 From Outer Space, followed by a book signing. The event page described this screening as the 20thanniversary of the film’s debut at Sundance Film Festival; Harris corrected this assumption as the 19th anniversary since the debut in 1995. The screening was sponsored by Red Rock Brewing Co. and the Salt Lake Film Society.

Though not quite familiar with his work prior to this event, it was not hard to immerse myself in the history of what makes this man an influential underground figure. His work is very diverse. He has done notable fiction pieces like the Beaver Trilogy, wrote books like The Wild Goose Chronicles and conducted interviews with iconic figures such as Timothy Leary, Allen Ginsburg and Patti Smith.

Being somewhat early, I had time to peruse the exhibit a bit and gain my bearings. The museum displayed Harris’ long line of work, most notably the water skiing cat from Rubin and Ed and the all-seeing beehive-shaped alien head from Plan 10 From Outer Space. Certainly bizarre, the stuffed-looking water skiing cat was a comical sight. However, what grasped my attention was a dark room, where displayed on the far back wall were multiple screens arranged on top of each other depicting clips from his many films. Like something out of a 1984 scenario, the screens’ different displays overwhelm and educate the viewer. A mesmerizing experience, it was difficult to focus on the clips that the different sound bites were coming from.

Finding it hard to move on, I had to tear myself from the dark room. I glided over to the dining area, got a bracelet allowing me access and got a beer. The dining area was tucked into a side hall toward the back of the exhibit. Still early, I was the only person in the area. I attached myself to a wall and observed a slowly growing line of diverse individuals. I was joined by crowds of Harris fans including local artist Claire Wilson and Move to Amend activist Ashley Sanders. As with anything free advertised (especially beer), breathing room slowly disappeared in the dining area. In close quarters I managed to pick the brain of Wilson. Harris’ work was described to me as “…not taking things seriously,” but having a subversive nature.

This sudden congestion was thankfully cut short as the staff urged everyone to get to their seats for the screening. After getting another beer, I jumped into my seat near the top the auditorium. When Harris made his way down the steps and walked in front of screen, almost instantaneously all the chatter died down. Someone from the crowd offered him a toast, with everyone following suit and raising their glasses to the hero of the hour. His appearance struck me as a friendly grandfather type who was delightfully humble, but refreshingly honest. Harris also took time to honor the late Karen Black (who starred in several of his films) who had died on August 8, 2013. No other cast members were present at the screening.

Preceding the screening of Plan 10 From Outer Space, Harris played a two-minute short of a group of singing people he had filmed in a church in Rwanda. The lights dimming the main event started. The audience displayed reverence for his satire following each scene, captivated with full appreciation and laughter. Some of the significant moments of the plot of Plan 10 From Outer Space escaped me, perhaps due to being brought up in a culturally different atmosphere than one of heavier Mormon influence. From an outsider’s perspective, it may be difficult to grasp the finer points of the film. It seemed the humor was best sorted as some sort of inside joke. I still found the film contained certain brilliance as it cleverly made light of Mormon history and norms. Though some of this came across as predictable and was displayed with awkward humor.

Upon the film’s conclusion, a quick Q &A was conducted. Harris took time to give his opinion on independent cinema, saying, “Independent film as it existed in the 1990s and early 2000s no longer exists.” He also described the controversy surrounding his film, such as getting weird warnings from film critic Chris Hicks of the Deseret News. Hicks criticized Harris’ use of established Masonic hand signals that are used by the Church during its temple rituals. Perhaps weirder still, was Harris’ story of bumping into late LDS President Gordon B. Hinckley at the gym, where Hinckley told Harris of his enjoyment of the film.

Unfortunately for me, any real chance for discourse with Harris was quickly shattered as his eager fans swarmed him for autographs after the Q&A. While addressing his fans, I noticed Harris remained humble and friendly, something I thought was pretty cool. Since he was otherwise engaged, I took another gander around the exhibit and managed to get a copy of his book The Wild Goose Chronicles. Seemingly a success, I would recommend checking out the exhibit for those who are into the bizarre and interesting. Another event featuring Harris’ The Beaver Trilogy will be screening at Brewvies Cinema and Pub on February 19. Otherwise, the exhibit at the Utah Museum of Contemporary Art is open five days a week, Tuesday through Saturday, and is well worth the gander.