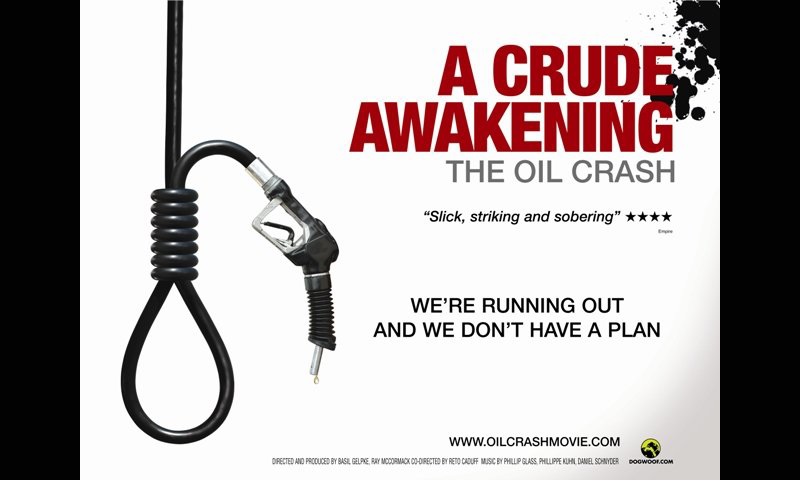 “Oil is the devil’s excrement,” is the rather off-the-cuff remark kicking off this documentary about the world’s oil crisis, a phenomenon which the film says will reduce modern civilization to a nearly stone-age level in the next few decades. Mostly made up of interviews with various energy consultants, former oil company execs, and concerned senators all painting a fatalistic picture for when the world’s hydrocarbons are eventually depleted, it also briefly touches on wars generated over the need for this indispensable resource. Particularly interesting was old footage of an interview with M. K. Hubbard, a man practically excommunicated by the scientific community for his prediction that America’s oil reserves would eventually peak. His prediction has since proved remarkably prescient, though similar contemporary estimates for global reserves are still generally ignored. Though not as dramatic, the film’s subject matter is more frightening than Sicko, warning of an impending stock market crash similar to that of the 1930s, a future when only the wealthiest tenth of one percent will be able to afford car and air travel. Get a jump on your fellow consumers and invest in a horse and buggy early. – Makena Walsh