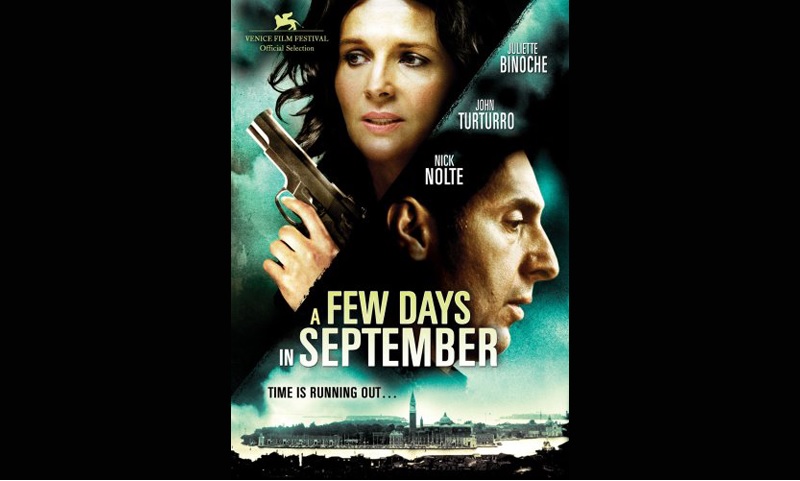 Review: A Few Days In September

This movie is French! Or just kind of French. It stars many finer actors such as John Turturro, Juliette Binoche, and last but not least the fabulous and tantalizing Nick Nolte (I heard that he once posed for playgirl). The movie is set 10 days before 9/11 Juliette Binoch plays a French secret agent trying track down ol Nick Nolte who plays a crazy and out of line CIA agent, all the while being tracked down by a hit man played by John Turtorro. Turturro is the best part of the movie every time he kills somebody he has to call his psychiatrist on the phone and confess his guilt or talk about some psychological thing. His character was really the spotlight of the show for me. As the movie progresses the plot gets more and more complex to the point that if your not paying close attention you will miss something and then not have a clear idea of what is going down in the movie. Also the language of the movie switches from French with English subtitles to English dialogue several times in one conversation. This aspect helps keep your attention but, also makes it a bit taxing to switch your minds viewing mode back and fourth so many times. This film is as good as noir gets. Good times