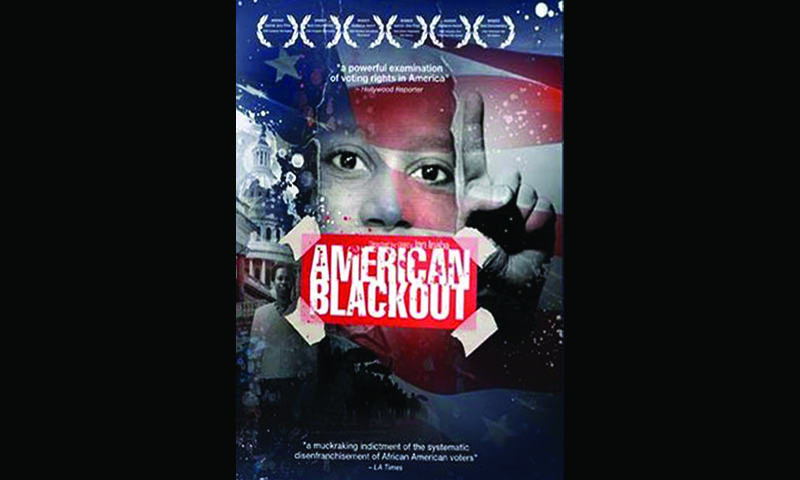 What’s scarier to the leaders of our government than a strong democratic black woman who isn’t afraid to ask difficult questions? Answer: A strong black woman who can inspire an entire army of people to vote and ask those same difficult questions. In 2000, the African American population had thousands of voters disenfranchised in Florida. Five months prior to the presidential election, 57,000 black and Latino voters were removed from the voting rolls for felonies. Ninety-seven percent of the removed voters were innocent due to the fact that Florida officials only requested an 80 percent match on the names. Bush won the election by 537 votes but 90,000 people were removed from the lists. The same type of political lynching occurred in 2004 when Bush won again. American Blackout states the facts of the travesties that are being committed upon the American people in simple terms. Ian Inaba follows the political career of Cynthia McKinney, the recently unseated Democratic congresswoman from Georgia, and how the government, “electronically lynched” her to make an example and scare other politicians away from asking dangerous questions. The documentary is beautifully crafted and won the Special Jury Prize at Sundance 2006. Do your own research, draw your own conclusions, don’t believe the news, but most of all, get out there and fucking vote. Don’t for one second allow anyone to convince you that your vote doesn’t count. In 1965, the Voters Rights Act changed the face of politics because of the black vote; why believe that your vote won’t do the same? – Jeanette Moses