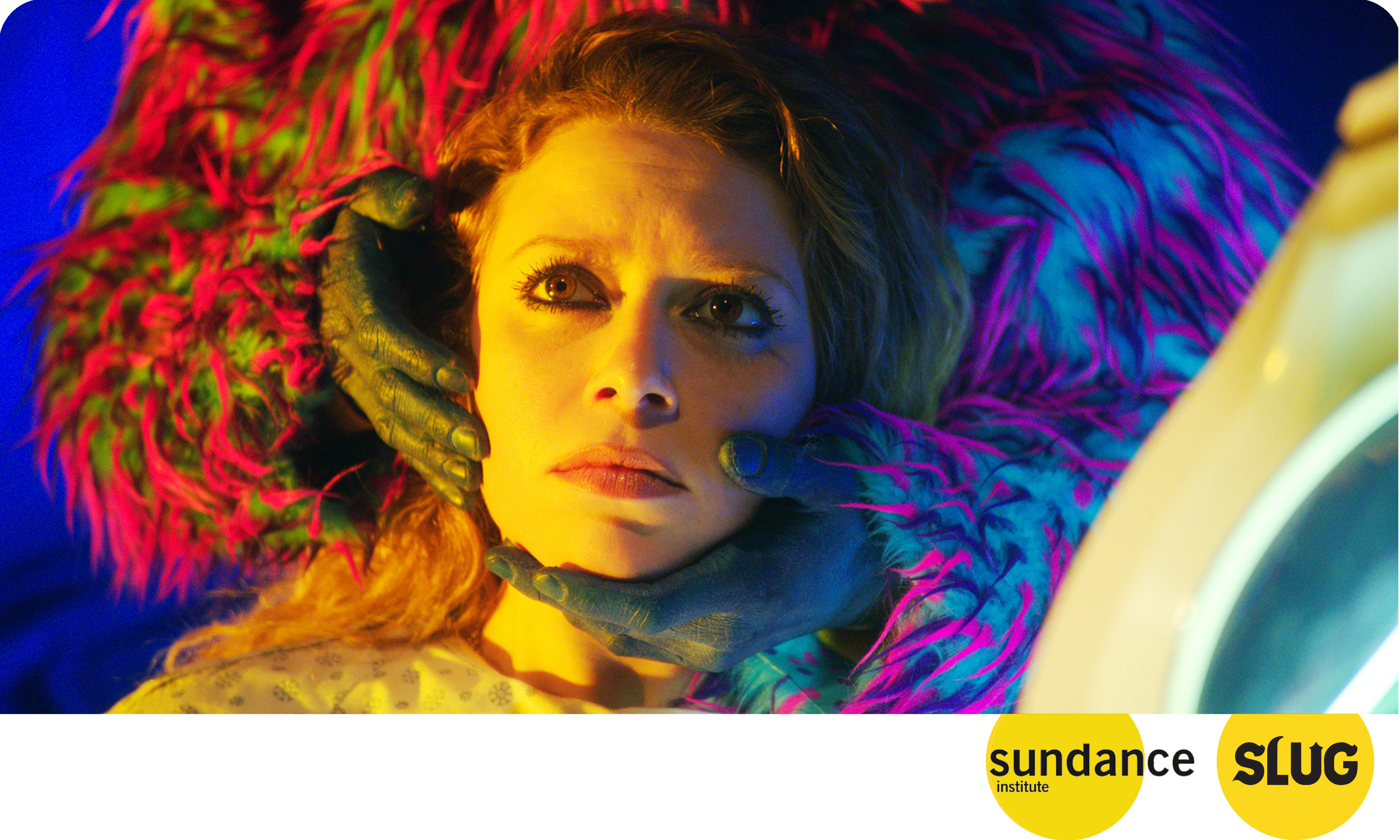 A film like Antibirth is the reason that I’m willing to take a gamble on Sundance’s Midnight section. It strikes a rare balance in that it portrays a visually arresting and bizarre story while bringing relevant subtext and spot-on character acting along for the ride. It’s definitely not for the faint of heart, but it’s a great example of a film that plays by the rules while simultaneously breaking them.

Lou (Natasha Lyonne) and Sadie (Chloë Sevigny) spend most of their nights partying in the numerous abandoned warehouses in their backwards Michigan town. Neither woman is particularly responsible, so when Lou discovers that she’s pregnant, she reacts to the news with a toxic mixture of skepticism, alcohol and pot. As her pregnancy continues, however, she starts to realize that there’s something far more sinister and terrifying at work in their small, washed out town. Where I was expecting her pregnancy to be the result of any number of nebulous possibilities (it’s been that kind of festival), I was glad to see that Lou’s situation had an explanation that made sense with the tone that the film initially established. That’s not to say that the film’s Cronenbergian climax isn’t hard to watch and completely batshit crazy, but the underlying conspiracy behind Lou’s pregnancy is steeped in good, old fashioned militant patriarchy.

Natasha Lyonne, who has more than demonstrated her acting prowess in Orange is the New Black, is Antibirth’s lucky charm. She infuses the character of Lou with an endlessly watchable mix of cynical humor and dogged determination—especially once a paranoid drifter named Lorna (Meg Tilly) arrives to shed some light on Lou’s condition. Lyonne’s chemistry with Sevigny is excellent—both actresses capture the strain of Lou’s rapidly evolving pregnancy. The entire supporting cast is also rock solid, featuring a creepily sinister turn by Mark Webber as a human trafficker who is dealing in more than just a sex trade. The cast manages to bridge the gap between the film’s fuzzy, dreamlike imagery and the harsh reality of their circumstances.

It’s evident that writer/director Danny Perez has a unique visual palette for his films. Where some directors might use a film as an excuse to overindulge themselves, Perez has the discipline to reign it in when it comes time to focus on letting the actors tell his story. In between hallucinatory trips into Lou’s slowly eroding mental and physical faculties, Antibirth digs into some seriously relevant issues regarding the mistreatment of military veterans and women in our country. The result becomes a surrealist perspective on the problems that are deeply rooted in American culture—the whole town is a grisly metaphor for the pain and difficulty that military veterans can experience when they return to civilian life. The parasitic organism that is growing within Lou serves as a physical manifestation of the psychological scarring that can occur with those who have seen combat. It also resonates with Ira Levin’s novel Rosemary’s Baby—both stories focus on women who have their reproductive system hijacked by men in the shadows, looking to further their own affairs.

Antibirth is not for everyone—there were a few walkouts during my screening (though not quite to the extent I saw at The Greasy Strangler). It shares scenery between the jarring, violent world of Lou’s hemorrhaging psyche, and its more realistically dark scenes of the human trafficking that appears to be a common practice in this dismal, forgotten town. Regardless, it’s the best Sundance Midnight movie that I’ve seen yet, and it exemplifies the type of filmmaking that I love about the festival.