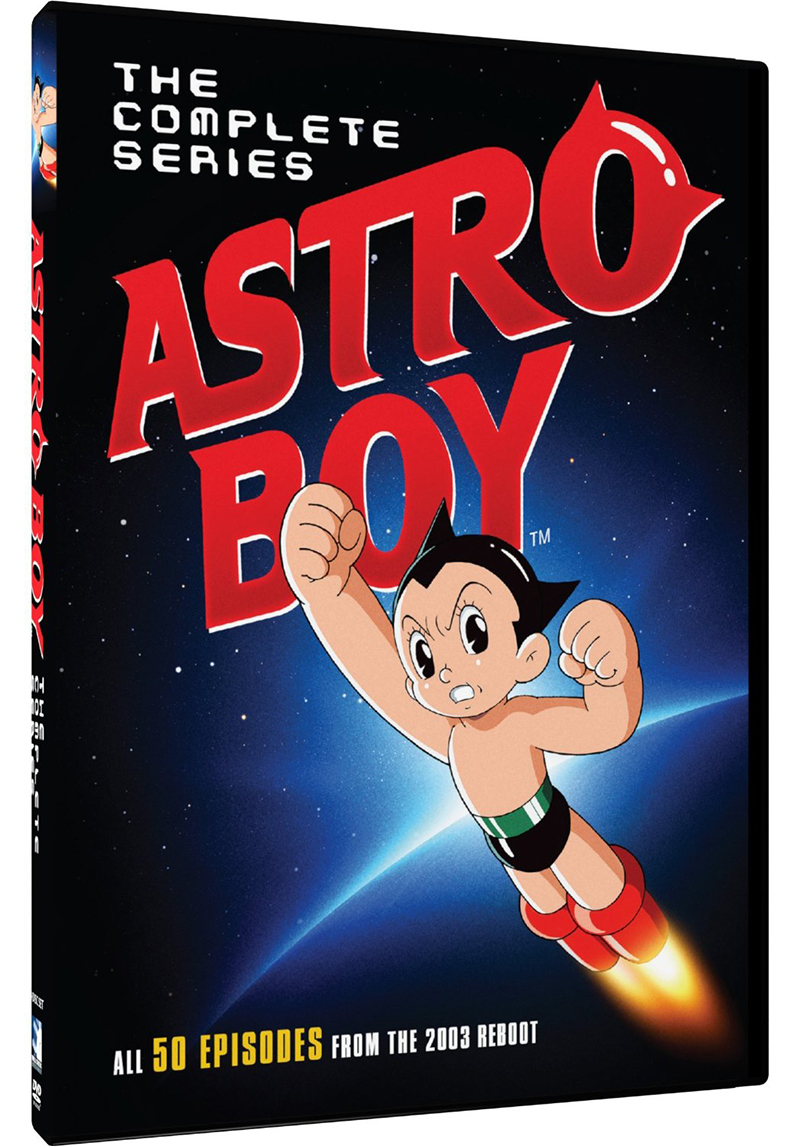 In April 1952, the boy with 100,000 horsepower named Astro Boy entered the world and our hearts, helping to popularize manga and anime worldwide. There are currently nine iterations of the titular character: Two manga, three anime series, three anime films and even a 1959 live-action series. It’s pretty clear people love Astro Boy. I grew up with the Mega Man series, and the influences from Astro Boy are readily apparent: The ethics of science, the robot Pinocchio child, the generally light-hearted tone, the drive for coexistence across all forms of life in a post-World War II Japan—shit, maybe I’m reading too much into Mega Man. Anyway, there’s quite a bit of depth for viewers young and old, making this a great addition for either the family or the dedicated fan. Overall, the 2003 reboot is great—this DVD set, however, defines bare-bones. Each disc offers literally nothing beyond episode selection. Really, Mill Creek? I don’t see why they couldn’t include something like a documentary about Astro Boy creator Osamu Tezuka or some episode commentary; I couldn’t even find additional subtitle or language options. This collection is definitely worth watching, just don’t expect much in the way of presentation. – Rob Hudak