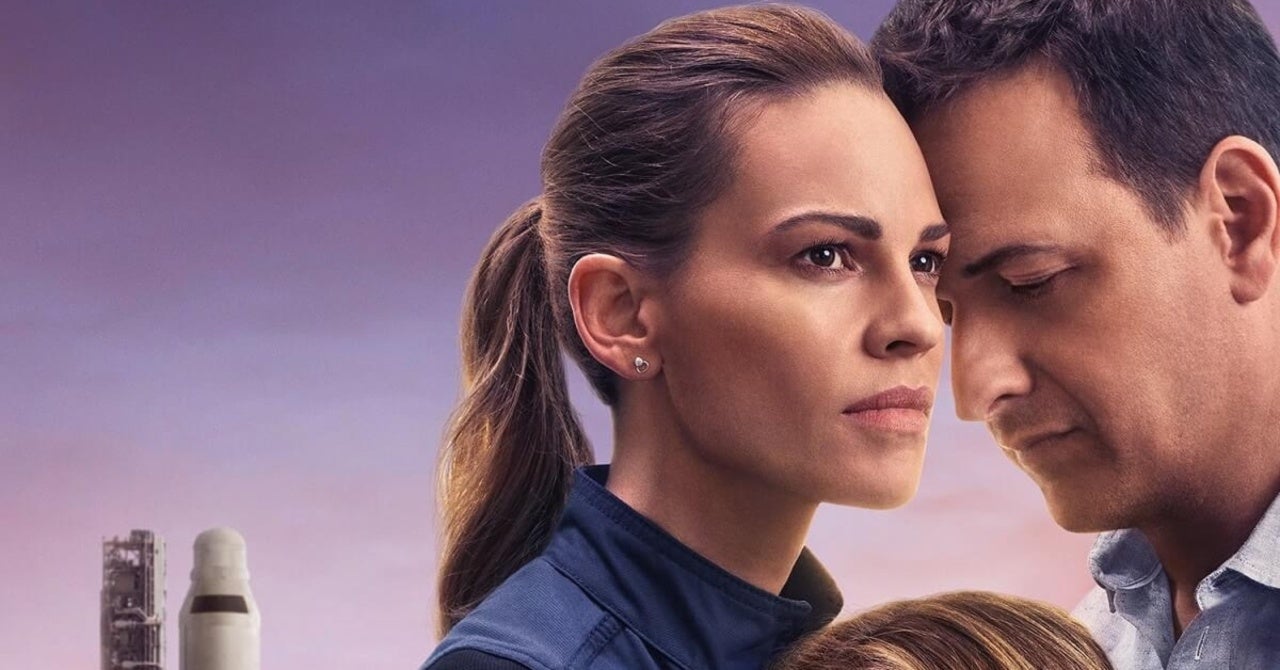 Away
Created by Andrew Hinderaker

There is a significant difference between science fiction and fantasy/space opera, and the lack of any distinction between the two is a major personal pet peeve of mine. Last year, I had a smug, Clavin-esque co-worker who said he had to disagree with me in my classification of Star Wars as fantasy and Star Trek as science fiction, and I said that he was free to do so, but he was still wrong.

Robert A. Heinlein wrote that “A handy short definition of almost all science fiction might read: realistic speculation about possible future events, based solidly on adequate knowledge of the real world, past and present, and on a thorough understanding of the nature and significance of the scientific method.”

Isaac Asimov stated that science fiction “deals with the reaction of human beings to changes in science and technology.”

Away, the new 10 episode Netflix series from Executive Producers Andrew Hinderaker (Penny Dreadful), Jason Katims (Pure Genius), Jessica Goldberg (Parenthood), Edward Zwick (Glory, The Last Samurai) and Matt Reeves (the Planet of the Apes prequels) meets the basic qualifications, and it certainly deals with a lot of real world science. But at its heart, it’s a human human drama about individual and collective achievement, and the personal sacrifices that must be made along the way to making your dreams come true.

Two time Academy Award Winner and Duffler-Mifflin-certified hottie Hilary Swank plays astronaut Emma Green, the commander of an international crew on the first mission to Mars. While Emma realizes her lifelong goal, she must reconcile her decision to leave behind her husband (Josh Charles, Sports Night, Dead Poets Society) and teenage daughter (Talitha Bateman) when they needed her the most. As the crew’s journey into space intensifies, their personal dynamics and the effects of being away from their loved ones back on Earth become increasingly complex.

Swank is simply marvelous, reminding us that, when given a vehicle worthy of her powerful presence, she’s an outstanding actress who specializes in creating characters whose enormous inner strengths are mixed with a very human fragility. Every time we start to feel that Emma is just too perfect, we are shown another side that makes her all the more interesting. Charles is quite compelling in his own right as Matt, Emma’s astronaut husband who was grounded due to a medical condition, and other standouts include Mark Ivinir (Schindler’s List) as Misha Popov, a cosmonaut who has logged more hours in space than any other human being, and Vivian Wu (The Last Emperor) as Lu Wang, the ferociously driven Chinese crew member who has been chosen to be the first person to set foot on Mars and is being kept on a tight leash by her government.

Away is enthralling and real, filled with rich characters and fast-moving and tight storytelling. It occasionally feels like it’s about to veer into soap opera, but it stays the course and always keeps the mission objective in mind. Though it still can’t resist borrowing from other space-age fiction, owing more than a little to The Martian, and the inclusion of a recurring bit that feels too reminiscent of George Clooney‘s final appearance in Gravity gets a bit annoying, but not enough to seriously detract from the gripping story.

Each episode is directed with a cinematic flair—with Zwick helming the pilot—and the visual effects are quite impressive, including the many sequences in zero gravity which are not Apollo 13 quality but far better than you’d expect when it’s all fake.

Away is full of intelligence, heart and hope, and is definitely one of the most sweeping and absorbing limited-run series that I’ve seen this year. When it was over, I felt as if I’d been on a memorable journey. It’s well worth your time and makes for uplifting and excellent television. –Patrick Gibbs