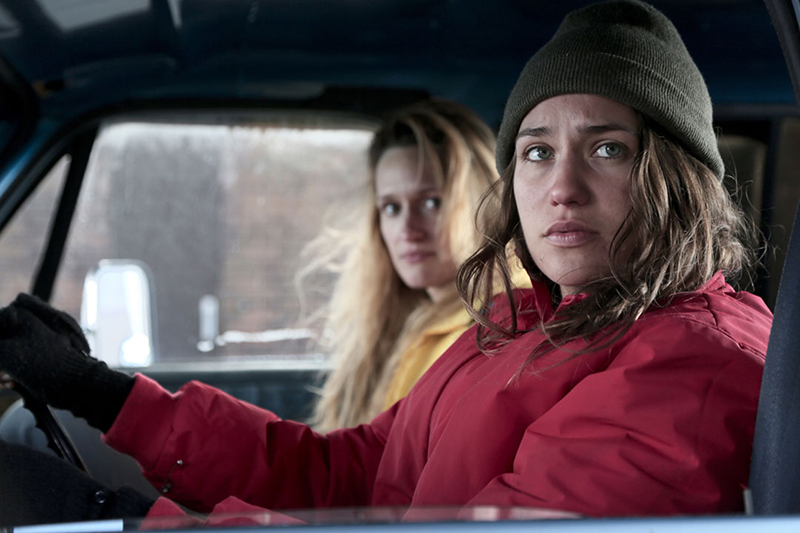 Star-crossed lovers in rural American towns is something that we’ve seen before, but Shoval’s portrayal of a potential army recruit named Joey (Lola Kirk) and her illicit romance with local housewife Rayna (Breeda Wool) manages to breathe new, melancholy life into the genre. Most of the credit has to go to the film’s lead actresses—Kirk and Wool have great chemistry together, and both women dig into their characters’ flaws and apprehensions without throwing them into the audience’s face.

While she’s on the precipice of joining the U.S. Army and making something out of herself, Joey unexpectedly locks eyes with Rayna, and their connection is irrefutable. Each of them tries to fight against the emotional shackles that their circumstances have placed upon them—Rayna has two daughters and is married to a bit of a tool, and Joey is dying to get out of their pisspot town. The film does a fine job of juxtaposing the intimate moments that Joey and Rayna share together and the moments when reality starts kicking their asses. We start to see the minefield that the two women have before them, and it hurts when one of them doesn’t turn out to be as strong as we’re hoping.

AWOL’s plot unfolds slowly and delicately, which gives the film’s more powerful moments the punch that they need, but there are times when the film does feel a bit too drawn out. This is also a film that explores the nature of same-sex romance and relationships organically, dedicating only one well-constructed scene to how convoluted the process of defining sexual identity has become. Joey just wants someone that she loves, but her botched one-night stand with a woman from the right side of the tracks sheds just enough light on the struggle between the labels that people seek to force upon the LGBTQ community—even within the community itself—and the need to find true love.

The supporting cast has some hits and misses as well. Joey’s mother Ruthie (Dale Soules) perfectly calls to mind all of the moms who have cautioned their children to avoid the girls and boys with bad reputations around town. Roy (Bill Sage) is another standout as Rayna’s deadbeat husband—he shares a particularly tense moment with Joey in the hardware store once he’s figured out that she’s much more than a friend of Rayna’s. Joey’s bandmate and friend Pete (Ted Welch) is a bit too much of an asshole to be believable, though it could be due to the fact that the script gave him lines filled with dated sexual slurs.

Overall, AWOL works best when it explores the quite moments between Rayna and Joey. Despite the fact that the whole world is against them, their relationship feels like it can weather any storm. The film’s cold, rural setting helps issues regarding same-sex relationships bubble to the surface of the plot naturally and believably, which is saying something about our rural communities. It’s not hard to make us believe that two women who fall in love somewhere in the middle of Pennsylvania are going to have an extremely difficult path ahead of them. It’s the fact that the events and obstacles that plague Rayna and Joey throughout the film are so believable that makes the film as powerful as it is. –Alex Springer