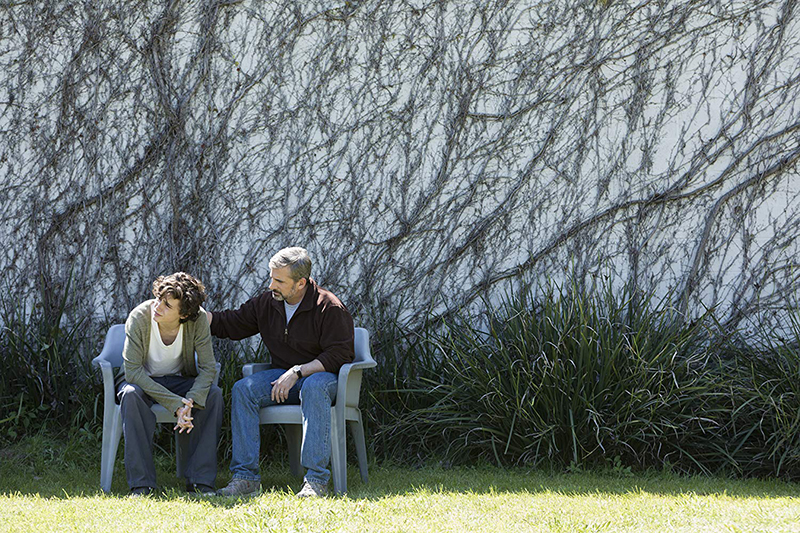 The tragic, true story of addict Nic Sheff (Timothée Chalamet) and his adoring yet perplexed father, David Sheff (Steve Carell) as the pair journey through the most awful situation of their lives. Photo Courtesy of Amazon Studios

Before I jump into critiquing this heartfelt and heartbreaking tale of family, addiction and love, I want to say how excited I am, as a movie lover, that more studios are getting involved with the game of filmmaking. The more options there are, the more opportunities viewers may have to see a film that may have otherwise been overlooked. After having just witnessed the fourth rendition of A Star Is Born earlier this month, it appears that drug-and-alcohol addiction might be playing a major role in this year’s awards race. Director Felix Van Groeningen unveils the tragic, true story of addict Nic Sheff (Timothée Chalamet) and his adoring yet perplexed father, David Sheff (Steve Carell) as the pair journey through the most awful situation of their lives. At one point, Nic appeared to have the world at his feet with a devoted family and college on the horizon, but after one addiction turns into another and continual lying becomes more profound, their typical family home is shattered. The soul of this production comes from the performances, and Chalamet continues to prove that he is an undeniable force in the acting community, even at his younger age—this actor isn’t leaving the silver screen anytime soon. On the other end of the spectrum, Carell also continues to showcase his ability to shine in dramas as well as comedies. I still have a difficult time watching the older performer become aggressively angry, because he is so beloved from his comedic sitcom days, but that is something I’m working on personally to overcome. The film does take a few too many liberties with the timeline of the happenings, which can sometimes confuse viewers as to whether or not the actions occurring are current or a flashback. With that acknowledged, the film is a great advocate for people dealing with dependences and for their supportive family members and friends. Hope is the ultimate goal of this account.