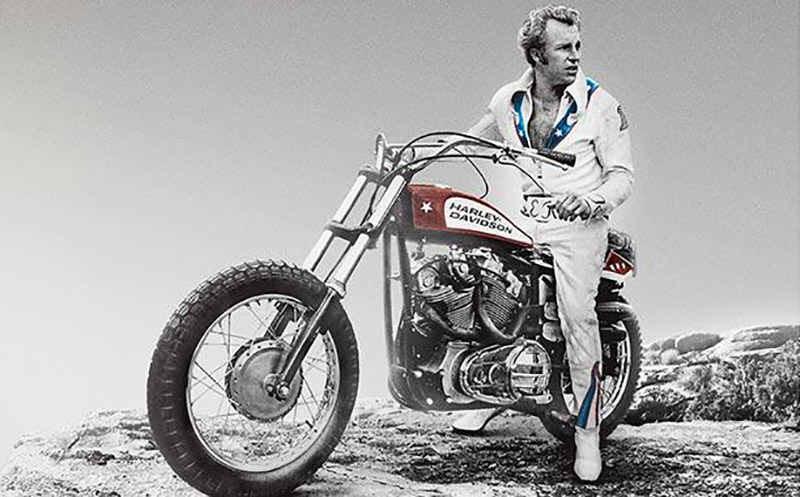 As audiences watch the insane feats conducted by the most world-renowned action sports athletes on the X Games, many are unaware of the individual who sparked the revolution of professional stunts—Robert Craig Knievel (aka Evel Knievel). Producer Johnny Knoxville proclaims his fascination for the eccentric stuntman, yet divulges his lack of knowledge about his idol’s origins, which cues the entrance of Knievel’s closest friends and family. Director Daniel Junge helms a documentary that operates in the same entertaining fashion as previous hip Sundance films like Dogtown and Z-Boys, Riding Giants and Bones Brigade: An Autobiography. With archival footage and hilarious dialogue taking up the majority of the flick, Junge also unveils the darker side of America’s favorite stuntman as he copes with the failure of his jump at Snake River Canyon, altercations with the Hells Angels, and his imprisonment for assaulting Shelly Saltman, author of Evel Knievel on Tour. From purchasing helicopters, yachts and mansions to objectifying women, drinking excessively and insulting the press, Junge spotlights the trials and tribulations of an individual caught up in the mayhem that outrageous success can have on an egotistic individual. –Jimmy Martin