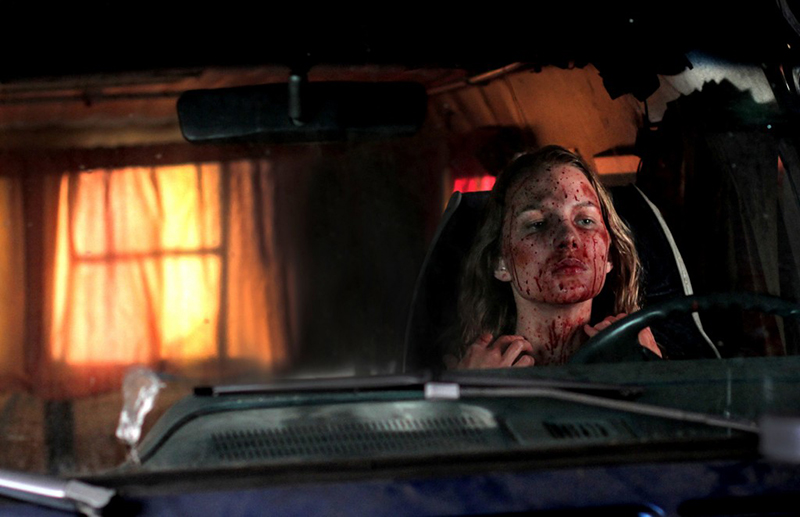 Review: Bound to Vengeance (a.k.a. Reversal)

Bound to Vengeance (a.k.a. Reversal)

I was slightly disappointed that this Sundance surprise didn’t get the theater treatment it deserved, but at least it can now reach additional audiences on Amazon Instant Video. In a typical female-hostage-thriller scenario, the heroine eventually frees herself from her predicament and slaughters her captor. Roll credits. However, in Bound To Vengeance, director José Manuel Cravioto turns that clichéd setup on its head with the shocking story of Eve (Tina Ivlev), who finds herself imprisoned by Phil (Richard Tyson). Rather than spending the running time chained to the wall, though, Eve immediately smashes a brick across Phil’s face and frees herself. While freedom is just around the corner, the freed captive decides to reverse the roles and forces Phil to disclose the location of other known victims. It’s rare in today’s films—especially in the horror genre—where a female character takes command and controls her destiny as well as those around her, and it’s an absolute delight to witness. Cravioto takes the audience on a grotesque venture of sex trafficking and Stockholm syndrome as our hero discovers the harsh realities of her community’s underbelly. While the film visually showcases the unsympathetic demise of the disgusting male antagonists, the underwhelming conclusion of the chief villain leaves one craving a tad more vigilante justice. –Jimmy Martin