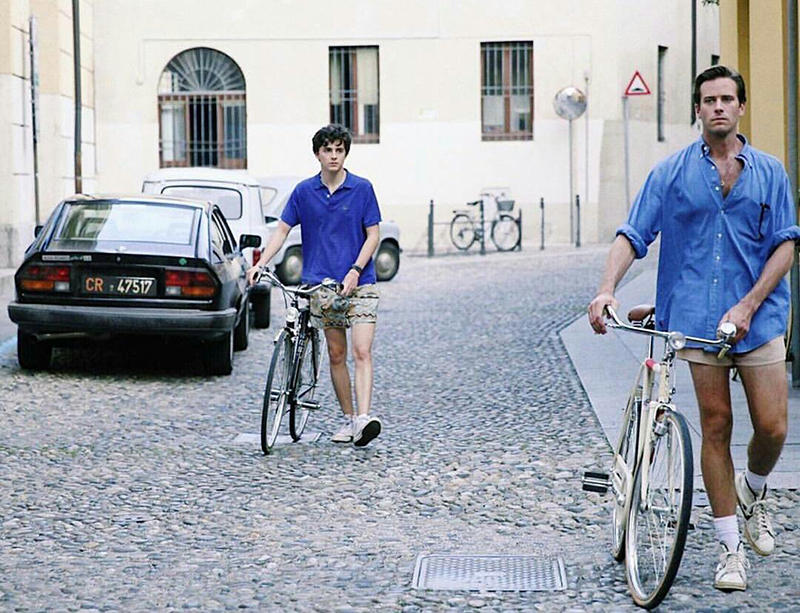 Film Review: Call Me By Your Name

Call Me By Your Name
Director: Luca Guadagnino

Set in the lustrous languor of northern Italy, Luca Guadagnino’s Call Me By Your Name is electrifying yet stunningly contained. Written by James Ivory and based on André Aciman’s 2007 novel, the film intoxicates while transcending the coming-of-age, coming-out, erotic-drama genres, visually helmed by Guadagnino and cinematographer Sayombhu Mukdeeprom.

Taking place in the late summer of 1983, Call Me By Your Name centers on 17-year-old Elio Perlman (Timothée Chalamet), who spends his time at his family’s summer home transcribing music by ear, eating apricots from the grove and reading by a shimmering pool. He easily switches between English, French and Italian with his mother (Amira Casar), a translator, and his father (Michael Stuhlbarg), an accomplished professor of classical archaeology. Each summer, Elio’s father hires a research assistant, and this year, he has opened his home to Oliver (Armie Hammer), a handsome and confident American graduate student.

From the start, Elio and Oliver’s interactions are both amusing and tantalizing, despite Oliver’s seeming cavalierness and Elio’s seeming distrust. They size each other up, testing and pushing—and flirting—by way of waterside literary clashes of wits and impromptu bike rides into and out of town. Elio cheekily improvises Bach on the piano for Oliver, while Oliver blissfully dances to the Psychedelic Furs’ “Love My Way” at an open-air discotheque. (The film’s soundtrack is lovely, comprising compositions by, among others, John Adams, Andre Laplante, Ryuichi Sakamoto and Sufjan Stevens.)

Each of the two men gently disarms the other, coaxing out the vulnerable and unguarded: Oliver, less self-assured than his initial, breezy bravado might suggest; Elio, however accomplished, still the gawky, besotted 17-year-old making sense of his own body and desires. Each knows, in unspoken sadness, that their time together will end with summer. Still, their days and weeks are joyous and divine. Amid fantastic performances by both lead actors (Chalamet is nothing short of astonishing in the film’s long, final scene), Stuhlbarg delivers a devastating monologue of the year. Matching Guadagnino’s meticulous visual eye, the minor exchanges are as riveting and masterful, from Casar as Elio’s knowing mother to Vanda Capriolo’s turn as Mafalda—the Perlmans’ cook—and Esther Garrel as Marzia, one of Elio’s friends and another summer fling.

Burnished and sensuously crafted, Call Me By Your Name is an ambrosial painting of adolescence: of intimacy and love, of bodies and sensuality, of the spaces between decisive moments and how they unfold. –Kathy Rong Zhou