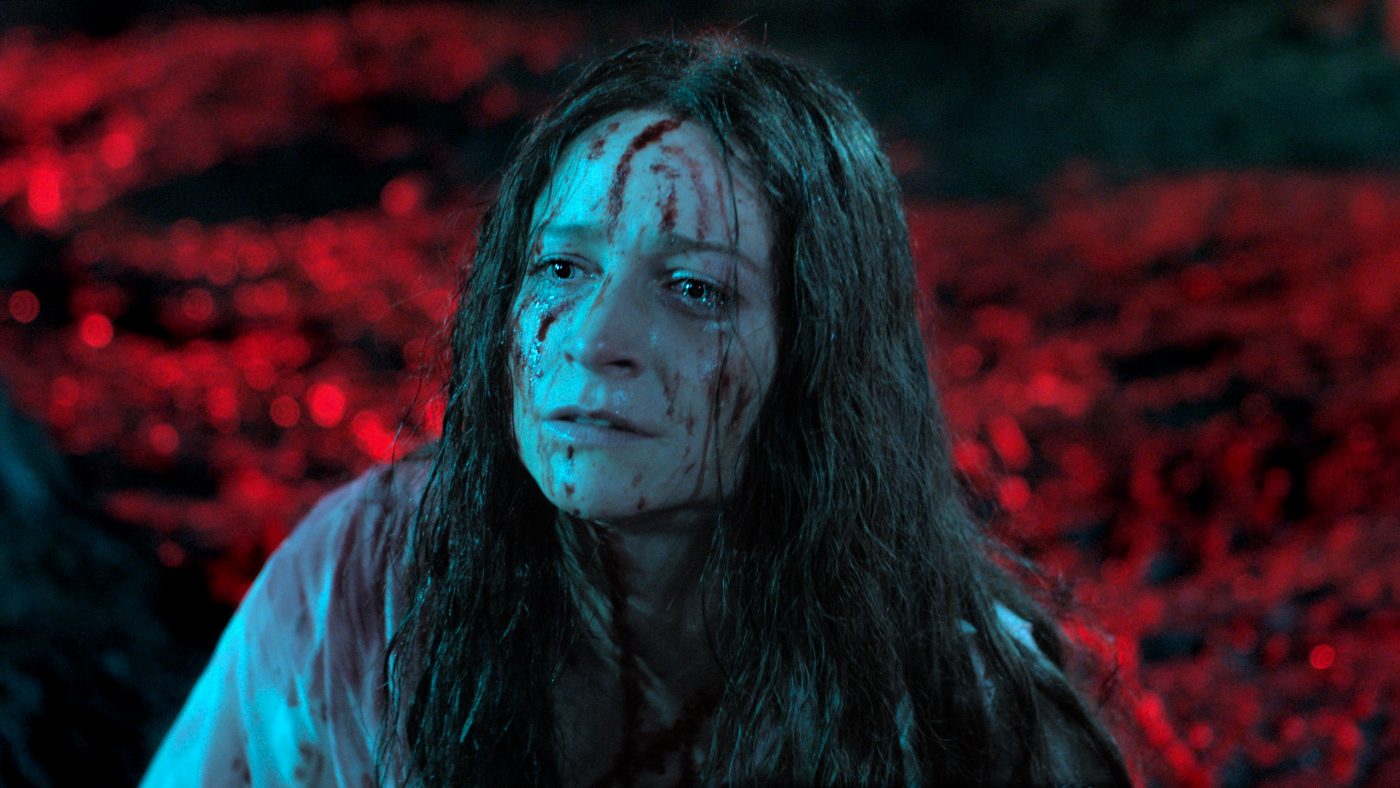 One of film’s sharpest double-edged swords is that of immersment and escapism. Within the promise of respite from our daily troubles, there always lies the fear that we’ll slip too far in and lose focus of the blurry line between fiction and reality. Censor follows Enid, a quiet, thoughtful woman who serves on the British government’s board of censorship. She’s the first line of defense between gory snuff films and the innocent public (and of the children, especially), a job she approaches with a calculated lack of emotion and precision.

The film’s 1980s setting serves as the basis for its throwback style (color! schlock! nameless paranoia!), but it also provides a potent political backing for Enid’s journey through the complex web of video violence. Set at the the height of Britain’s “video nasty” scare (a nation-wide moral panic about excessive gore in independent movies), Enid’s role stands as a signifier for the country’s belief that corruption of entertainment is inextricably linked to the corruption of the public. In America, too, many a fraught discussion around the ethics of pornography and snuff marked both reactionary right wing and left-leaning feminist circles, a sentiment Censor flirts with in a scene where Enid and a coworker hypothesize that the creation of such film’s stems from displaced male aggression.

But despite her professional duties and outward protestations, Enid finds herself drawn to the films she’s supposed to condemn when she discovers that a long-lost loved one might be alive and working as an actor in these movies. Censor’s most rewarding aspects arrive through its use of visuals to mirror Enid’s growing sense of mental and physical unease. The aspect ratio—thin, panoramic widescreen for most of the runtime—compresses into the cramped box of the contemporaneous television sets as Enid uncovers each new layer of perceived conspiracy. In the film’s final act, both Enid and her audience descend fully into the static-laden fantasies of a video nasty; both her and us become inextricable parts of the snuff, whether we like it or not. Are we watching her watch us? Is the film itself a deconstructed, meta-referential video nasty itself?

Censor aims to make its audience squirm in their seats, balking at the perversity of their own act of spectating. Whether we abhor filmic violence or gobble it up with glee, Censor says that, just like Enid, the darkness of these movies always lies within us, ready to burst out of us should we find ourselves cracked apart at the right time and in the right place. –Audrey Lockie