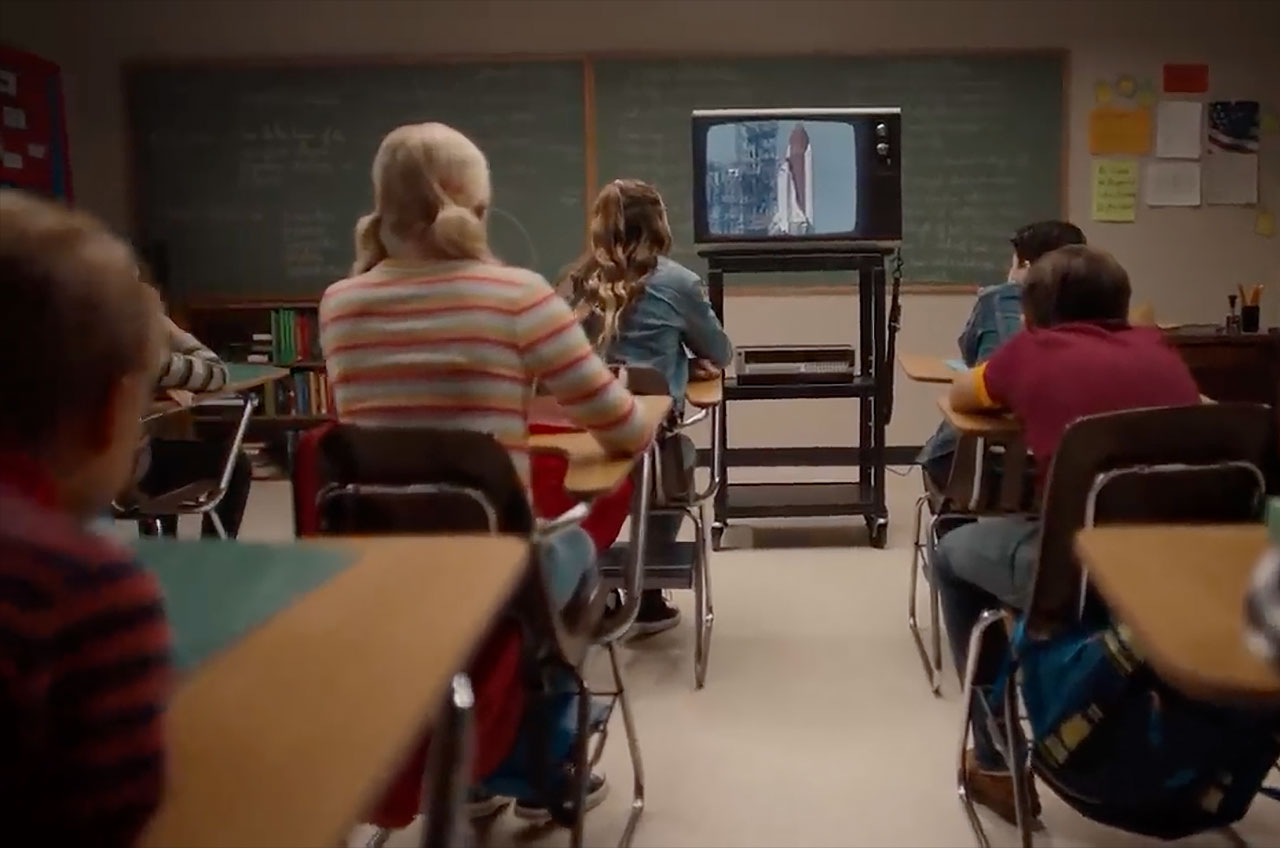 The tragic explosion of the Space Shuttle Challenger was a defining moment in my childhood that is burned in my memory. For one thing, it was the first time I ever watched the news for any substantial length of time and actually paid attention. It was to my generation what the Kennedy assassination was to my parents generation, and what 9/11 was for the next. It was a day of lost innocence and comfort, when the world became a sadder and scarier place.

Challenger: The Final Flight is a four-part docuseries from executive producer J.J. Abrams examining the 1986 disaster and its aftermath. It lets us get to know each and every member of the seven person crew as professionals and as people. In any chronicle of this mission, there is obviously going to be an emphasis on high school teacher Christa McAuliffe, who was selected to be the first private citizen in space. Despite having known so much about her my whole life, I was surprised at how much more human she felt to me after it was over. But many of the most heartbreaking moments come from interviews with June Scobee Rogers, the wife of Mission Commander and pilot Dick Scobee, as well as those with engineers from Morton Thiokol, the Utah-based company that made the solid rocket boosters and repeatedly voiced concerns about their safety.

Directors Steven Leckart and Daniel Junge also delve into the “fatally flawed decision process” and mechanical failures that led to the unthinkable fate of STS-51 L, the 25th Space Shuttle mission, through interviews with former NASA officials and engineers who worked on the failed booster engine and had repeated concerns about its safety. It incorporates never-before-seen interviews, training footage and rare archival material to give viewers the most unfiltered and emotional behind-the-scenes look at these events to date.

One of the documentary’s strengths is the comprehensive look at the Shuttle program itself, and how it completely redefined what and who astronauts should be, and sadly, how it also lead to a deliberate deception of the public at large as to how safe space travel was in this new age of technological advancement. The list of interviewees is quite comprehensive, up to and including Peter Billingsley (A Christmas Story), who served as the celebrity spokesperson for the Young Astronauts program at the time and nicely represents those of us who believed that regular space travel would be commonplace by the time we were adults.

If there was an area where I felt the series was lacking, it was in covering the perspective of the news media, with only one reporter interviewed throughout the four episodes. This was one of the biggest days in the careers of journalists everywhere, and I think it would have been worth a fifth episode to get extensive interviews with Dan Rather and Tom Brokaw, at least. For me personally, Rather was the face and voice of everything we learned on that terrible day, and I would have liked to hear about the atmosphere in the newsroom and the long marathon hours covering the story.

Still, Challenger: The Final Flight is an overwhelming experience for those of us who will never forget January 28, 1986, and a wealth of learning material for those who came after. It’s gripping and easy to binge television. –Patrick Gibbs