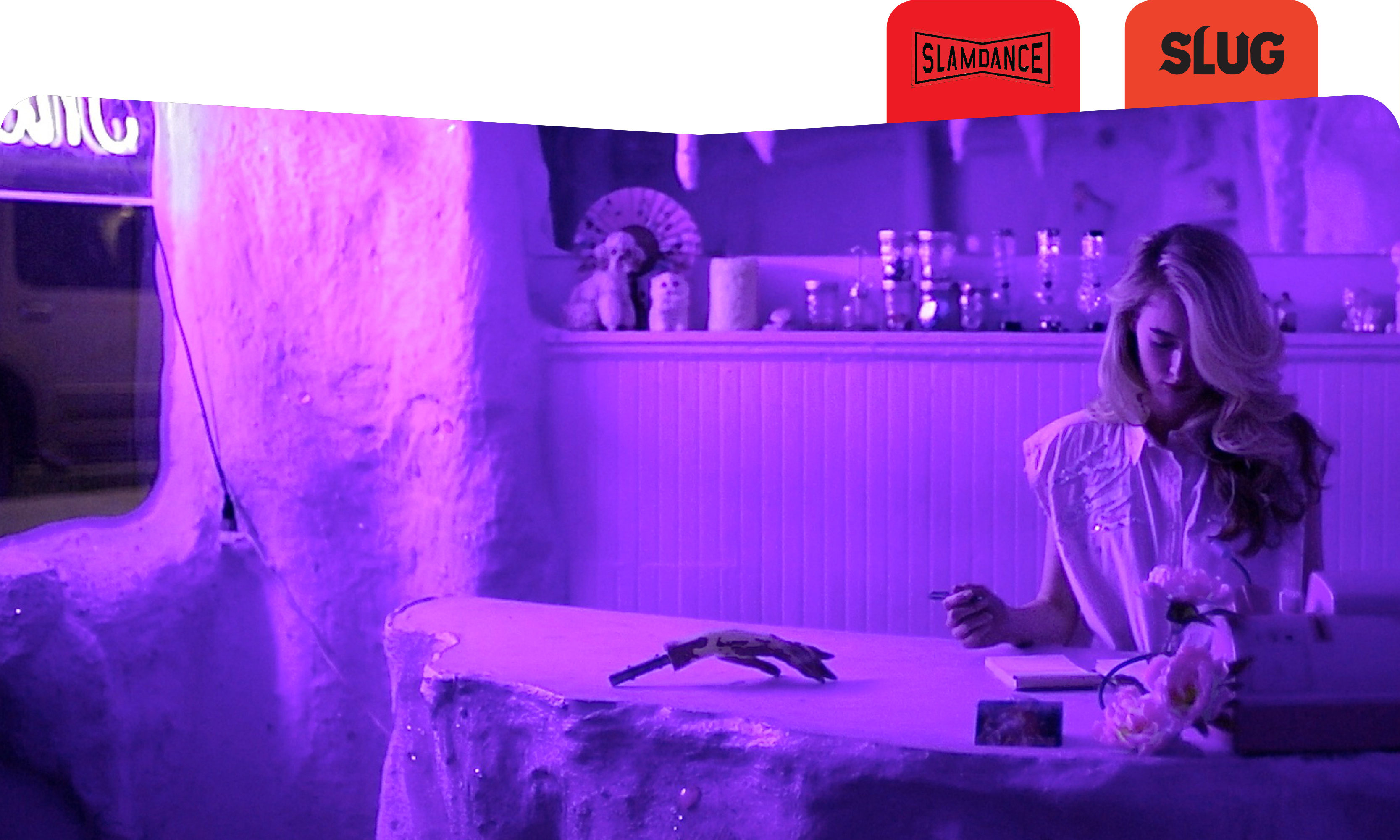 Meet 23-year-old Irene (Marjorie Conrad), a creative and dewy-eyed LA misfit who, after getting her hair bleached and dyed platinum blonde, gets scouted by a modeling agency. Taking its title from this inciting incident, Chemical Cut becomes a beautifully wrought film of the often fraught search for identity. As we follow Irene on her grim misadventure toward self-discovery, we meet the toxic agents, photographers and strangers she encounters along the way. Irene’s childhood friend, Arthur (Ian Coster) is an exhausting character who has his own artistic ambitions—but not quite the talent—and spends most of his time belittling and shaming Irene. Fellow model Spring (Leah Rudick) initially appears nice, if a bit phony and overbearing, but soon becomes a ruinous and sabotaging force against Irene.

Here, Conrad (of America’s Next Top Model fame) plays auteur as Chemical Cut’s writer, director, editor and producer. Citing influences like Lars von Trier, David Lynch and Paolo Sorrentino, Conrad propels her film through an excellent sense for gripping visual cues. Each shot is calculated and alluring, interspersing what are chiefly isolated bursts of movement and vivid color—like a stop-motion series of Irene’s hair being bleached—with long shots of Irene’s screen tests as she self-consciously tries to follow the directives being barked at her (“Make me wanna fuck you” and “Don’t get in the way of the product” come to mind).

Such visual cues are effective in mapping out a somewhat exaggerated version of Irene’s LA world, from its palm trees and train tunnels to its clothing boutiques; these cues go even further in their character depictions, incorporating moments of caricature, senselessness and psychological thriller to the mix. On her own, Irene is an unimpressionable pushover, but her interactions compel viewers to her story. Irene’s scout, for example, is defined by his lens-less glasses and his mouth, which has red-tinged corners from eating a Danish. One creative director fusses incessantly over Irene’s outfit, but refuses to speak to her directly. During her commutes, Irene is frequently accosted by strange men, who offer unwelcome and sometimes ominous stories, prayers or drawings. Each separate interaction wavers between aggression and dismissal, often returning to the use and abuse of Irene. In one cringe-inducing scene, Irene is dressed in layers of pastel wax, which are soon to be blasted with hot air. As the scene unfolds, we watch as the trails of hot wax drip onto her face, roll down her legs and spatter onto the floor.

Arthur and Spring serve as Irene’s primary foils in Chemical Cut: The first, a pushy, manic malcontent who shares in Irene’s dreams of creating something beautiful and impactful; the second, a model who appears to live the life that Irene hopes for, but is much more alarmingly maladjusted than she appears. While Irene’s parents stand throughout as her gentle and patient voice of reason, a film depicting a mysterious older woman strikes Irene as the ultimate dream: creating something, however flawed it may be, that defines who you are. Clad gaudily in thick makeup, heavy earrings and a sparkling show-dress, the woman slinks onstage, lip-syncing imperfectly but devotedly.

At times, Chemical Cut is as over-the-top and absurd as its splashy, sporadic scenes are, but it never once falls into hackneyed clichés, nor does it ever rely on contrived, arbitrary plot devices. Instead, the film manages to deftly explore questions of identity and creativity—perhaps drawing from Conrad’s own experiences—through opulent shots, outrageous characters and an exquisite backdrop of heightened reality.