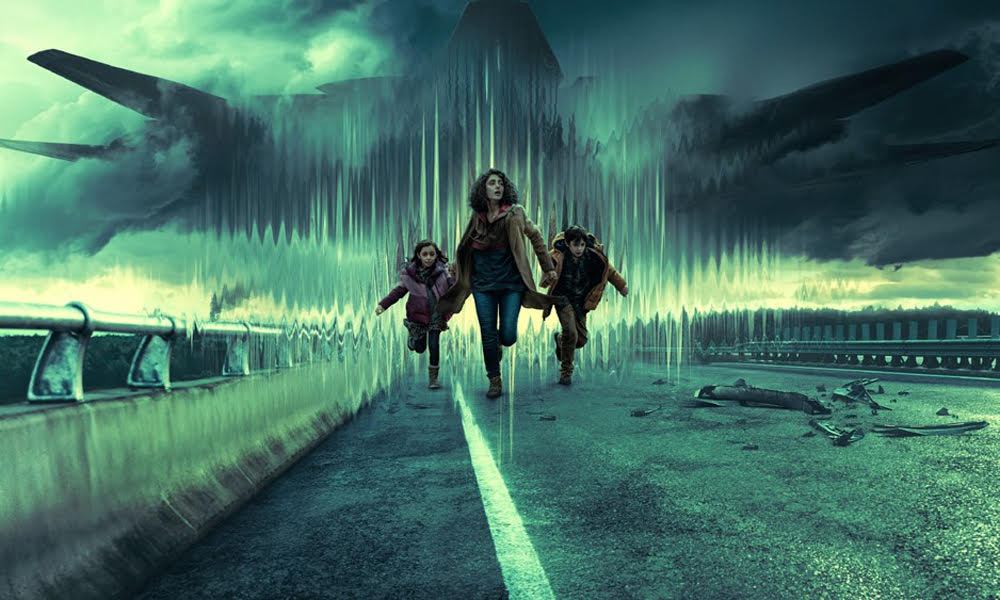 Fucking hell, 2021. As a so-called “TV critic,” I’m expected to be, you know, critical—but this fall television season suuucks out loud.

Out of the 50-plus new shows that have premiered so far in the fall TV season, I could only scrape together 10 worth recommending, and even some of these are sketchy. But at least they won’t make you claw your eyes out—I mean, have you seen CSI: Vegas? La Brea? Ordinary Joe? It’s almost enough to make you take up reading. 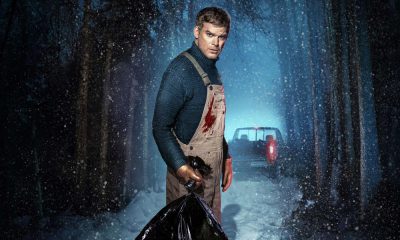 For those of us who refuse to acknowledge that Dexter continued beyond season four (a.k.a. The Trinity Killer Season), New Blood is a welcome revival. The showrunner from seasons 1–4 (Clyde Phillips) is back, as is the way-dead Trinity Killer himself (John Lithgow), albeit only in Dexter’s head. After that hairy season eight finale in 2013, Dexter (Michael C. Hall) beat it to upstate New York where he’s been living his best life as a small-town hunting shopkeeper (so many knives). But now, a new series of local murders has stirred his Dark Passenger—it’s killin’ time! 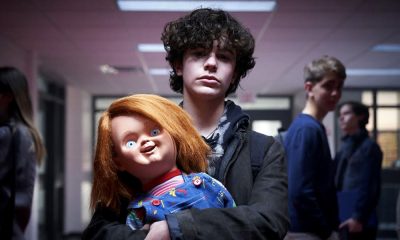 After seven Child’s Play and Chucky movies since the ’80s, this doll still has some kills in him? Do something you love and you’ll never work a day in your (reanimated) life. Chucky the TV series (written by Child’s Play creator Don Mancini), finds the murderous moppet turning up at a New Jersey yard sale. Jake (Zackary Arthur), the creepy teen who adopts Chucky, is an outcast with a doll-decapitating fetish—they’re perfect for each other. Chucky is sharp and campy, with at least one ludicrous kill per episode and a colorful cast that could easily carry the show without him. 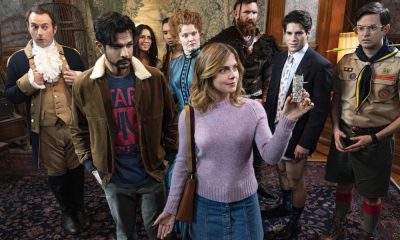 Americanized versions of hit British series are always a dicey affair, but CBS/Paramount+’s Ghosts nails it. Young couple Sara (Rose McIver, iZombie) and Jay (Utkarsh Ambudkar, Free Guy) begin work on turning their inherited country estate into a bed and breakfast, much to the distress of the wild variety of historical spirits who haunt the house. Also, Sara is the only living soul who’s ever been able to see and hear them—but Jay can’t, adding another layer of supernatural wackiness. Ghosts is too smart for CBS; let’s pretend it’s a Paramount+ original. 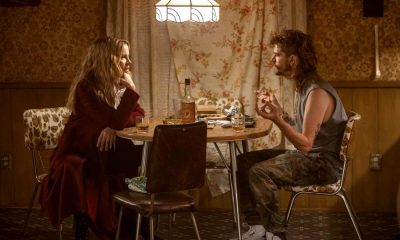 A disgraced Denver newspaper reporter (Kate Beckinsale) tries to rehab her career by exonerating a young black woman (Jules Latimer) wrongly imprisoned for murder. First, as a former newspaper journalist, allow me to confirm that newspaper journalists do not look like Kate Beckinsale. Second, Guilty Party is a comedy-drama that mood-swings so wildly between the two that it makes Fargo look like a travel ad. Still, Beckinsale somehow holds the show together through sheer comic commitment, if not highly, ahem, fluid journalistic ethics. 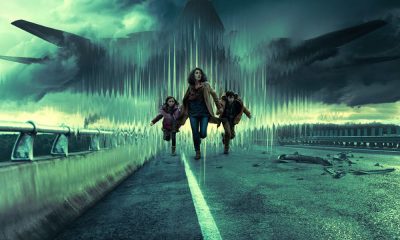 Apple TV+ is spending a whole lotta money on sci-fi this fall. First there was the epic Foundation, and then came Invasion, a reportedly $200 million(!) project. Why the big budget? This alien takeover drama was filmed all over the world, adding credibility to its War of the Worlds vibe with a diverse cast of characters and locales—funny how most cinematic aliens only target white folks in ’Merica. Invasion was created and written by Simon Kinberg (The Martian) and David Weil (Hunters, Solos), and they’ve obviously spent all of that Apple money. 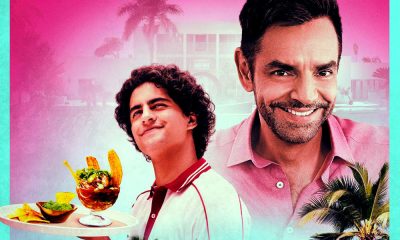 TV series sets at lavish resorts are all the rage this season (like The White Lotus and Fox’s Fantasy Island reboot), and Acapulco delivers some of the best scenery yet. In 1984, Máximo (Enrique Arrizon) lands a cabana boy gig at Acapulco’s hottest resort, but soon learns that his dream job isn’t what he thought it would be: the guests are demanding, his boss is a dick, and his dream girl (Camila Perez) is attached to said dick. Acapulco also throws in a twist of Wonder Years-esque narration from the present (provided by Eugenio Derbez). Acapulco is charming AF. 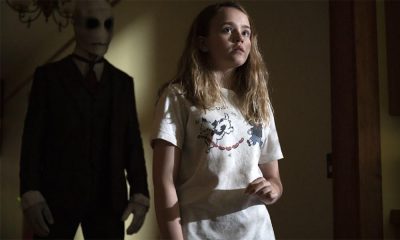 An anthology series inspired by the writings of R.L. Stein, Just Beyond is like a Twilight Zone for teens and tweens—meaning, less intense than Netflix’s Fear Street film trilogy, another R.L. Stein project. Witches, aliens, ghosts, parallel universes and more are part of the Just Beyond palette, with familiar adult faces like Nasim Pedrad (Chad), Riki Lindhome (Another Period) and Tim Heidecker (Tim & Eric) showing up in various episodes. It’s lightweight horror for sure, but Just Beyond has enough clever turns and references to keep adults interested. 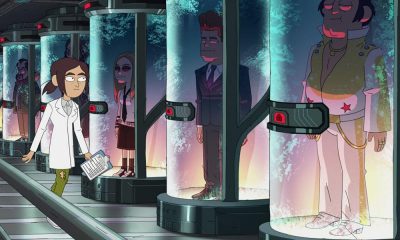 What if all the crazy conspiracy theories that have floated around for decades were actually true? Settle down, Qanon grandpa: Inside Job is an animated workplace comedy about secret, subterranean governmental group Cognito Inc., which is assigned to keep aliens, lizard people, Bigfoots (Bigfeet?) and othersin check—it’s literally the Deep State. The voice cast of Inside Job includes Lizzy Caplan, Andy Daly, Christian Slater, Tisha Campbell, Bobby Lee, Clark Duke, Brett Gelman, and John DiMaggio, but sadly, not Alex Jones (he could use the work these days). 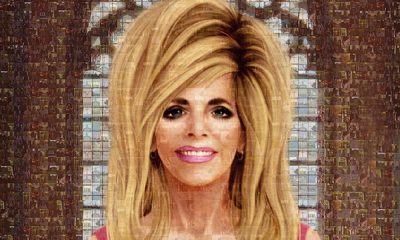 The Way Down (HBO Max)

If you’ve been pining for a new religious cult true crime documentary, The Way Down: God, Greed, and the Cult of Gwen Shamblin should scratch that itch in the title alone. Larger-than-life-haired Gwen Shamblin rose to fame with her Christian-based Weigh Down Workshop diet program, later transforming it into a church. Accusations of cult-like psychological, physical, and financial abuse dogged Shamblin until she died in a plane crash in May 2021, but The Way Down’s wild investigation continued. Part 2 arrives in 2022. 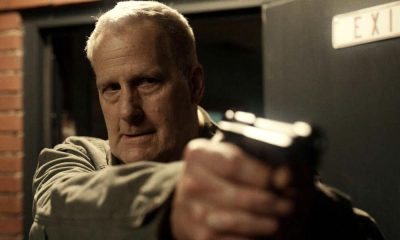 When it first premiered, American Rust looked like a dollar-store Mare of Easttown, with a grizzled rural Pennsylvania cop, a murder where nothing is as it first appears, glum high-schoolers with no future, misuse of prescription drugs, cheesesteaks, and Rolling Rock, etc. It’s a slow-slow-slow-burn capital-D Drama; set in a bleak, miserable Rust Belt town, but not entirely devoid of fun. Just take a shot every time police chief Del (Jeff Daniels) grumbles a grim plot exposition. You’ll be wasted enough to enjoy American Rust in no time.