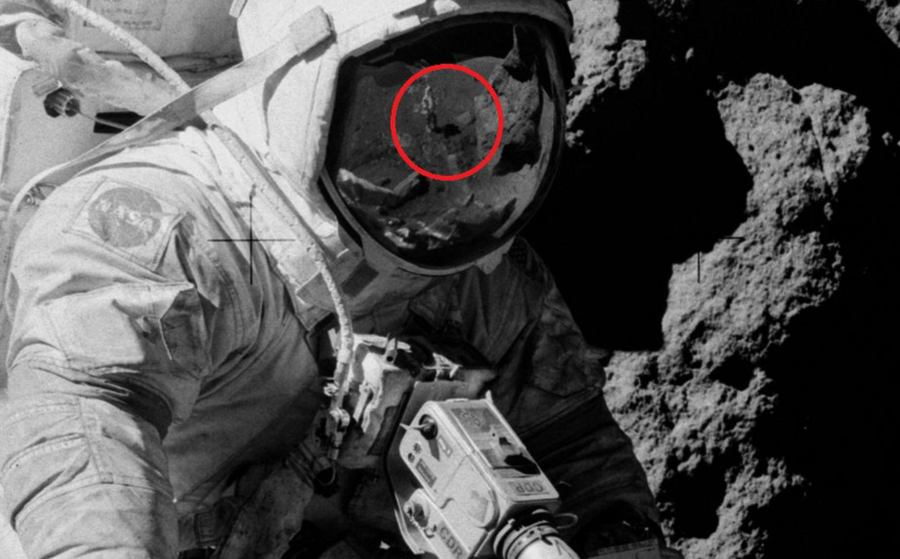 Summer’s not even over and you’re already broke? Don’t worry—your big payout from those billionaires’ tax cuts will be trickling down any day now. Many people on both sides are saying it’ll be tremendous.

In the meantime, you need some free TV—and I mean, as Our Lord Frank Zappa once said, absolutely free. This is none of these paid-subscription Netflix/Hulu/Prime Video/etc. shows that “Content Shifter” usually pushes on you while receiving no financial kickbacks (seriously, where are the damn kickbacks?).

Enter Pluto TV. It’s free and it’s fantastic—but beware: There are commercials (sorry, Frank). It’s a “live” streaming service with hundreds of “channels,” available through an app on streaming devices and smart TVs, or directly via Pluto.tv. It even does on-demand!

Here are 11 Pluto TV channels worth checking out: 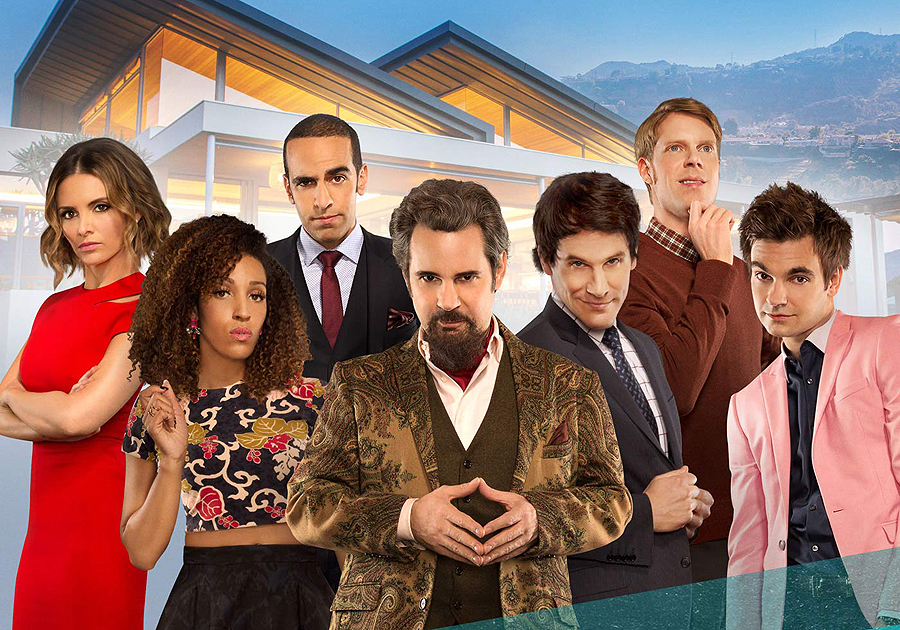 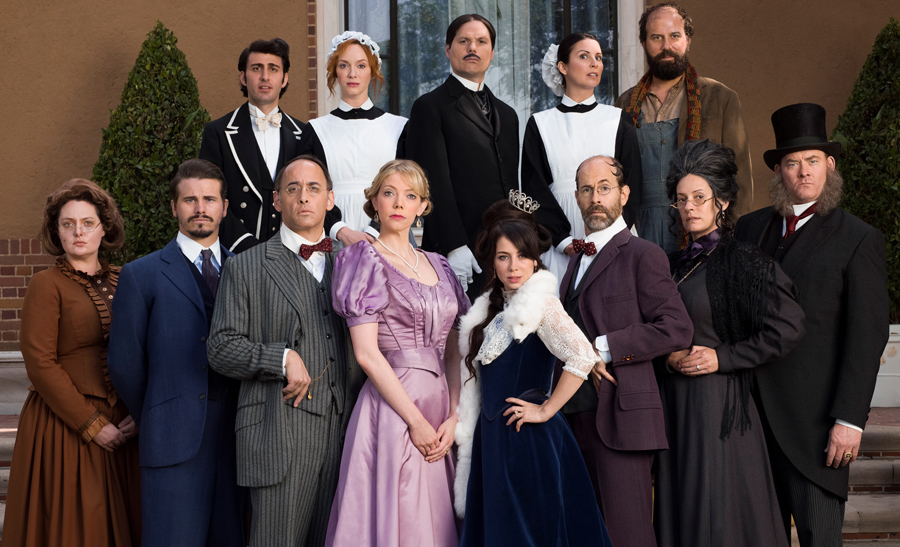 The real gem in Pluto TV’s comic cluster is the Comedy Central channel, which runs marathons of canceled network classics like Another Period, Drawn Together, Ugly Americans and others that stream nowhere else (except, well, at ComedyCentral.com). Comedy Central Stand-Up (415) is also loaded with rare sets from comics you forgot once stood up, like John Oliver. 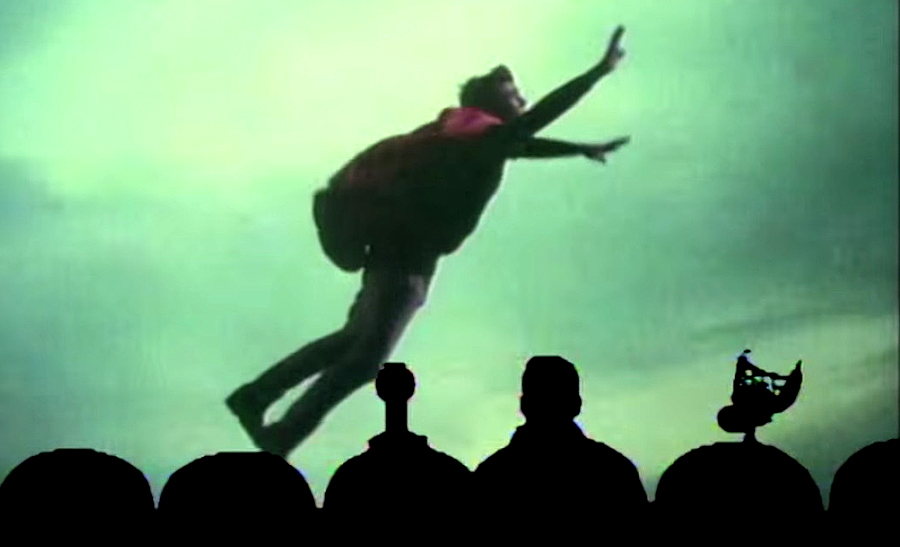 I’ve been a Mystery Science Theater 3000 fan for 20 years and I still haven’t seen every episode. This 24/7 loop of 1989–99 originals is just what Dr. Z ordered. Sure, MST3K eps are scattered all over YouTube and elsewhere, but … convenience! Also, the MST3K channel runs alongside an offshoot RiffTrax channel (389), so there’s no end to the snarky shit-movie torment/joy. 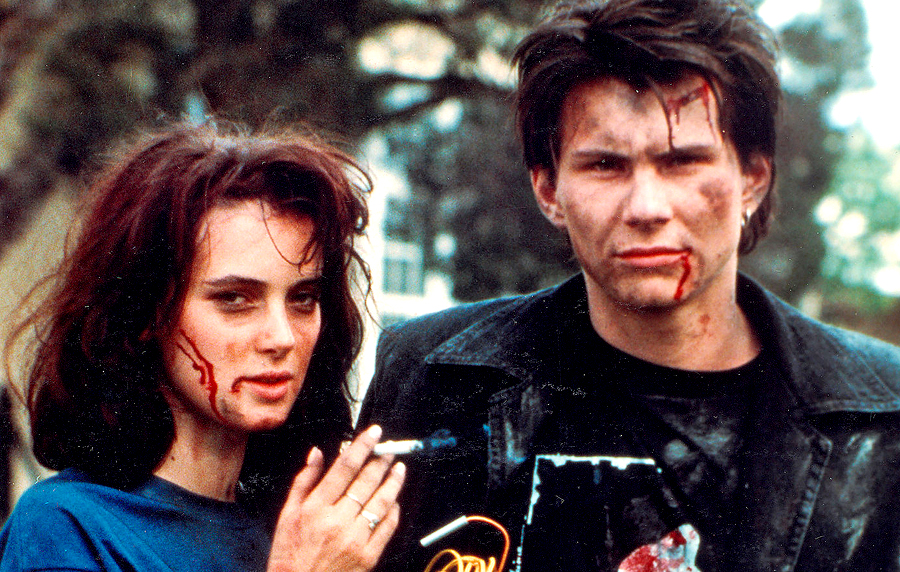 It’s not all terrible flicks: The Pluto TV movie channels section (54–98) is like stumbling into the last VHS shop on earth. There are dramas, comedies, indies, thrillers, documentaries and more from the ’40s through the ’00s, with a quality-to-crap ratio that bests Netflix. The ’80s Rewind channel (88) is especially rad, with obscurities like Joysticks leading into bona-fide hits like Heathers. 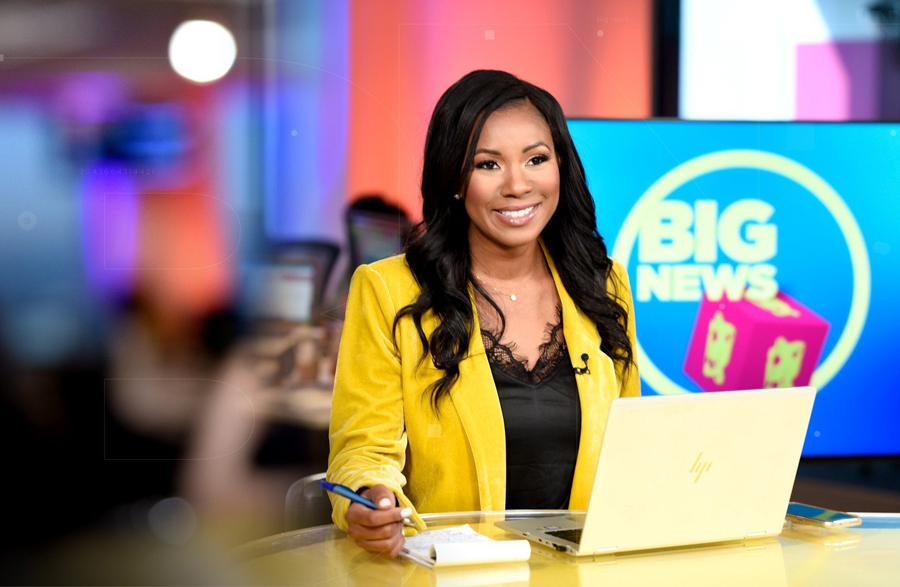 As cool as an around-the-clock news network about sharp cheese would be, this ain’t that. Cheddar News, along with companion net Cheddar Business, is smartly reported news aimed at the under-35 set—the opposite of dinosaur cable news. But Pluto TV also has a CNN feed, as well as The Young Turks (ultra-lefty news) and NewsMax (to the right of the right of Fox News). 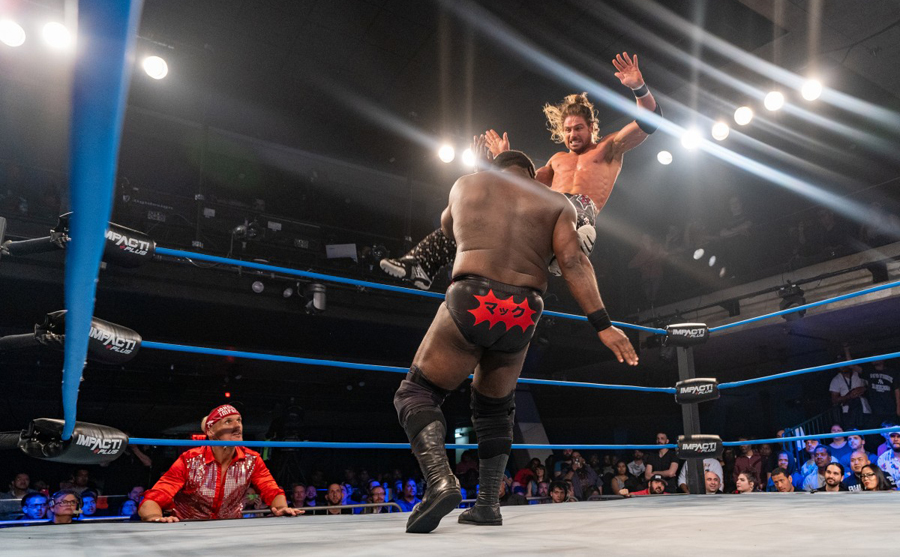 Pro wrestling is America’s only true sport—everything else is just fakery and product placement. The Impact channel is a loop of neo-classic rasslin’ matches, and the sports arena of Pluto TV also has MMA channels, a surfing channel, a smattering of soccer and even a couple of legit sports networks (Fox Sports and Eleven Sports). It’s all replays, but so what? 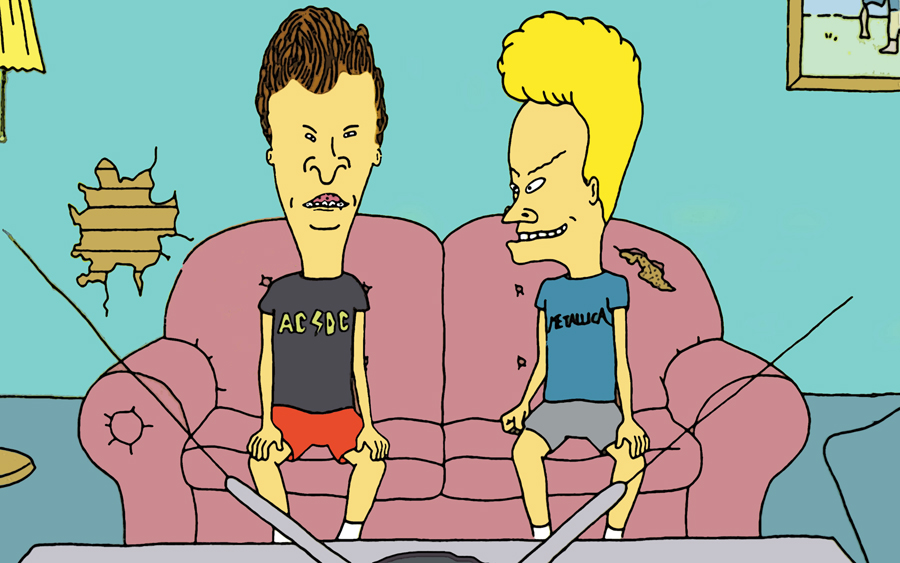 Lamenting the lack of music on MTV is so 20 years ago—me, I miss the cartoons. The MTV Guy Code channel runs blocks of ’90s icons Beavis & Butt-head (sans music videos), as well as hilarious 2000s near-cartoon Rob & Big. Other MTV channels on Pluto TV play old episodes of MTV Cribs, Punk’d, Made, My Super Sweet 16 and sadly, The Hills and Laguna Beach. 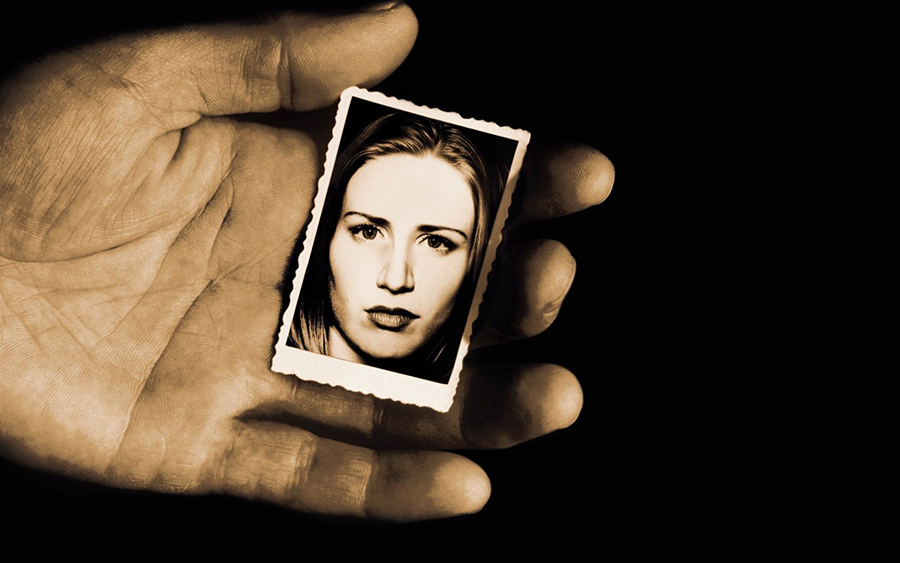 Before all the true-crime podcasts you misguidedly listen to instead of my television/drinking podcast (TV Tan, shameless plug) came along, there was true-crime TV—with visuals and everything! The Cold Case Files channel runs alongside other murder-iffic feeds like Unsolved Mysteries and Forensic Files. The whole block should be rechristened “White Ladies + Wine.” 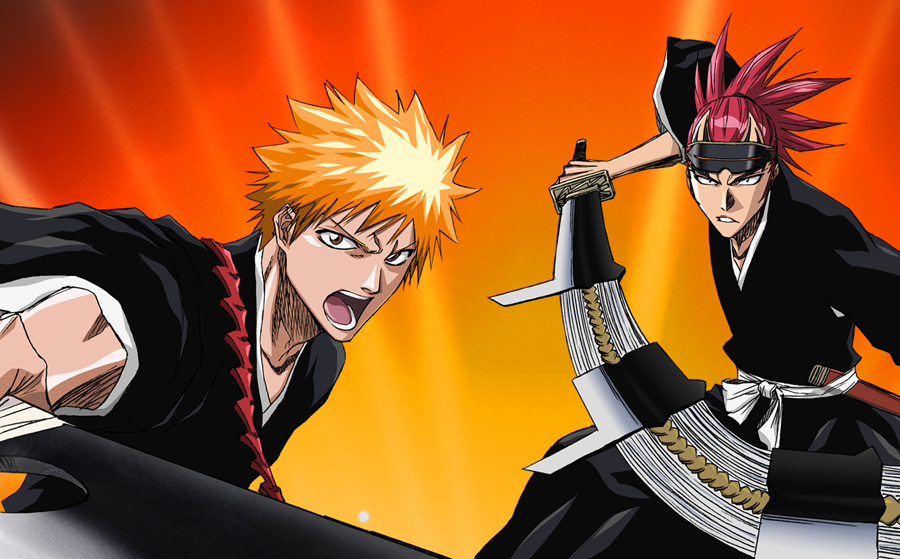 A 24/7 feed dedicated to conspiracy theories only seems crazy until you notice that Pluto TV has dedicated entire channels to Dog the Bounty Hunter (353) and Wahlburgers (358). Though Conspiracy never touches the top two coverups of our time (Pink Floyd never landed on the dark side of the moon; 7-Eleven was an inside job), there’s still plenty here to ponder. 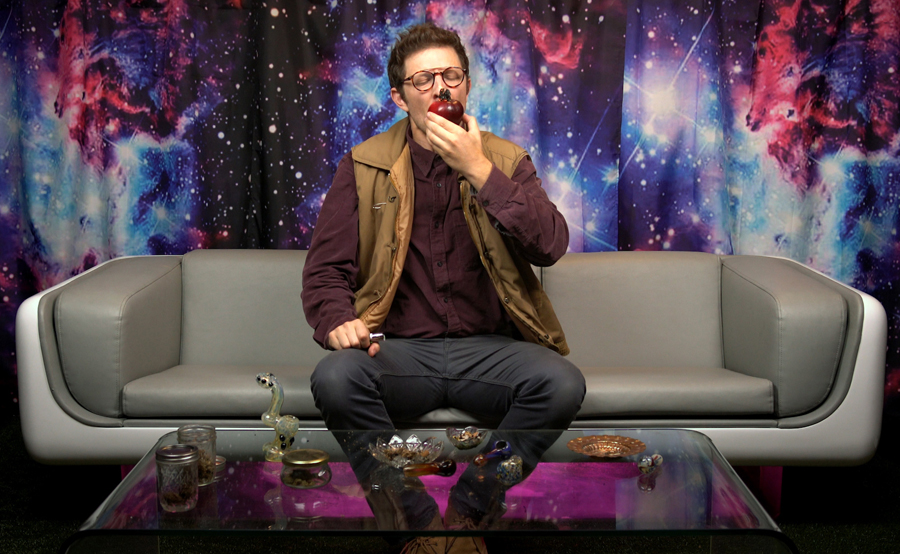 No, it’s not The Homemaker Channel—THC is all about weed, all the time (or maybe it just seems like it … what were we talking about?). This ceaseless stoner stream has the usual suspects (Cheech & Chong movies, cartoons, mucho Doug Benson) and a few surprises (like Dope State, a hilarious mockumentary about the pot-shop biz), and it’s all like … super-chill.