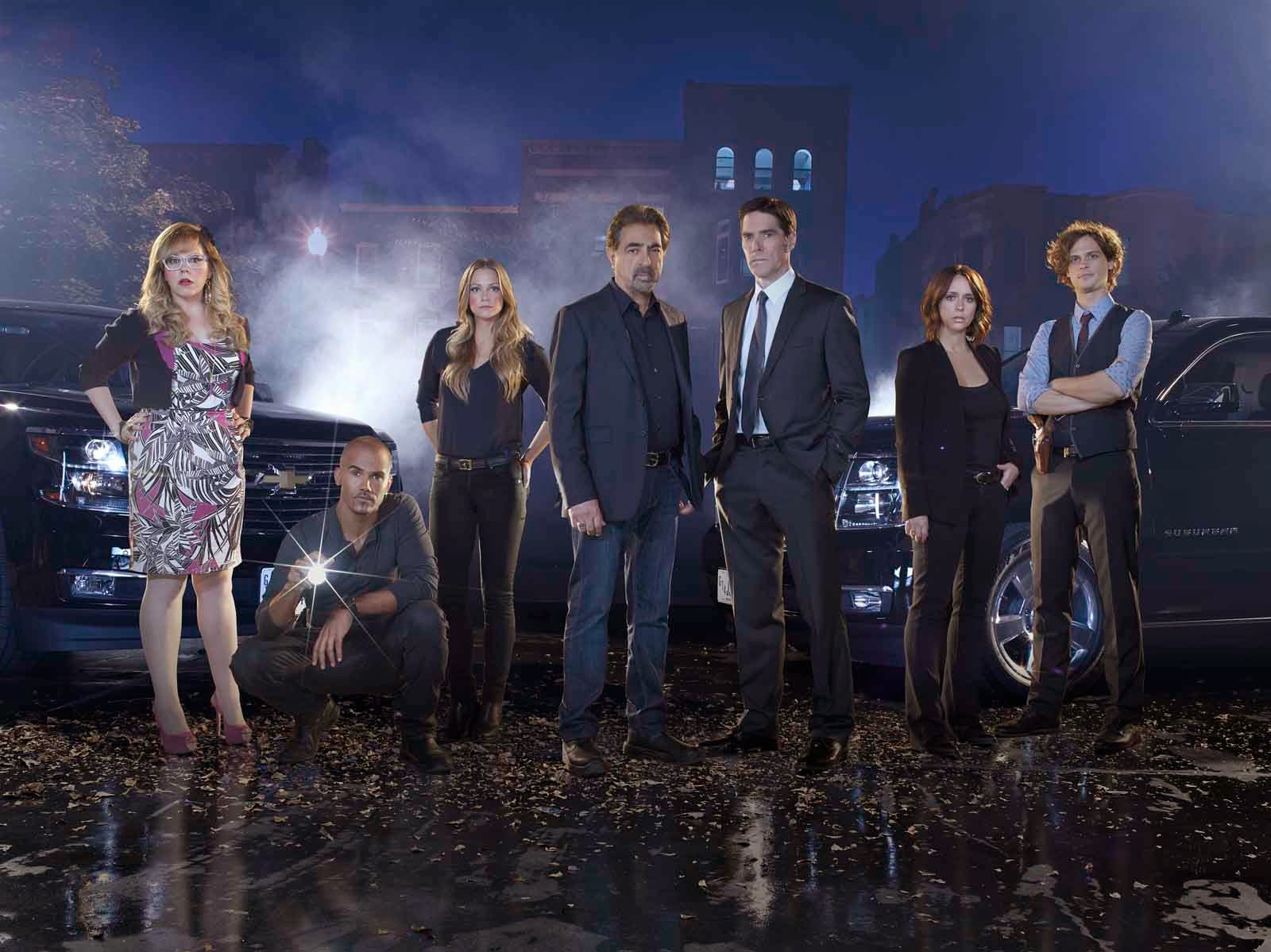 I have always been a fan of crime drama, psychological thrillers, and suspense. However, I had never actually watched Criminal Minds until I picked up the latest DVD box set for this latest season to have aired, season 10. I actually wonder why I haven’t bothered to check this show out until now, it’s right up my alley. At first glance, it has all of the normal crime drama stock characters. You’ve got your handsome Fox Mulder–esque central dude, your older, wise father figure, your could-be-a-model guy, intelligent and pretty yet effective girl, awkward young genius, fish out of water rookie, and the ever present quirky, nerdy research assistant (she’s plucky, odd, and can find anything about everything!). The beauty about these kind of shows is that they are all pretty much self-contained. You can watch the characters grow and drama unfold if you take them in order, or you can enjoy each story as it is episodically, with a new crime to solve and killer to find.

Season 10 is the Jennifer Love-Hewitt season. She’s the newbie, the fish out of water rookie. She’s smart, capable, and tough as nails. You get little bits and pieces of exposure of her back story. She starts out undercover, posing as a young girl interested in taking some photos for an older, creepy suspect. Turns out, he’s a pedophile, and she’s the one arresting him. Flash to a few episodes later, she’s got a young teen at home, but the relationship seems a little non-traditional. You’ll find out when there’s a terroristic plane crash that she’s got a little touch of PTSD from 9/11, and that kid she’s got at home? She was orphaned when the twin towers fell. I’m not sure how this helps her be a better agent, but it makes her more human, and won’t prevent her from doing her job. The rest of the details of the team are a little muddled. It appears there are a few inter-office relationships, and some of the team have been through hell together. That’s about all you really need to know to enjoy it from here on out.

First, let’s talk about the things I enjoyed. Interesting characters, new plot twists and things you wouldn’t normally think of to throw into a show like this. It reminded me a little bit of the good years of the X-files, without the supernatural element. You get some pretty hefty psychology thrown in there, lots of big terms for specific mental illnesses and fetishes, and some new and interesting ways in killing people. I guess that after nine previously successful seasons, you’ll have to think of something more clever than “junkie,” “sex-offender,” or “creepy guy that is really obvious.” There were times I was trying to predict what would happen based on my extensive knowledge of True-Crime, and I would either be surprised, or impressed that they pegged a specific profile based on other well known cases.

Now the bad. Please don’t let this dissuade you, because this is the kind of show that newbies to the genre would thoroughly enjoy. However, jaded crime junkies like myself pick up on a lot of things that are just quick expose or go-to tropes. Signs of either formulaic writing, or just trying to cram a lot of things into a set network-approved 52-minute time frame. There are certain things in this kind of television that drive me absolutely crazy. One are the moments of expose that seem contrived. You’re trying to tell a gripping suspenseful story, and sometimes you need to have a character tell us something that would take too long to show. Having cut my teeth on true-crime dramas like The First 48, I know that it takes longer than a five-minute meeting to come up with theories on a criminal profile, and to uncover things like motive. Sometimes in a real crime, motive will never be determined. For all intents and purposes on this show, you will always get a motive, and you will sometimes get this in expose, James Bond–villain style. A few times, you will just have a character make a lucky guess, that breaks the case, like our resident genius, Dr. Spencer Reid does when he just starts rattling off hotly debated physical ailments that could lead someone to paranoia about their condition. That’s another thing that was slightly jarring. By this time in the series, every crime is being committed by someone who has some form of mental illness or weird fetish, which makes it seem like these things are exclusive, crazy equals killer.

Other moments that stuck out were the stereotypes. Pretty woman is abducted, knocked out, and bound onto a table. What is she wearing? Jogging clothes. Ten guesses on what she was doing when she was targeted and taken. Groan. But my number one gripe was our nerdy technician. She’s a great character, and a great portrayal of a woman on a crime show that doesn’t also have to be drop dead sexy. I want to punch the costume designer in the throat for thinking that all smart tech-savvy women also want to dress like a hipster emulating a 1950s housewife while trying to be a comic book geek. Also, every time she was on the screen helping them solve a crime, she was able to look things up on various databases and internet searches in lighting fast speed (I’m sure she wasn’t using cable) she would always end it with “I’m sending the coordinates.” Not even Google Earth is that effective. It makes for really good drama, but this is not how crimes are solved, and that level of technology doesn’t exist anywhere. Maybe it’s just a deterrent for all would-be killers out there?

If you have been a fan of this series, check it out. It was nice seeing Jennifer Love-Hewitt back in a good drama. I’m pretty picky when it comes to my crime shows, so I’m not enticed to pick up the previous nine seasons and have a viewing binge. However, I will say it was smart and entertaining enough to keep me watching and wanting to go on to the next one. The show is predictable enough if you are an armchair sleuth, however, if you are a diehard crime drama fan, you’ll be a step ahead, and not in a good way. It was worth it for one viewing, and worth a recommendation. As far as television goes, it’s not the worst thing that’s on your basic prime-time lineup.