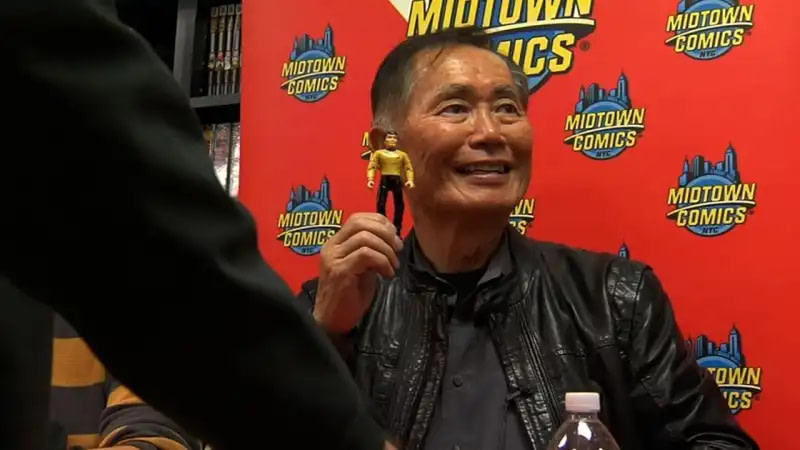 Damn These Heels Film Festival: To Be Takei

Even if you’ve never seen a Star Trek episode in your life, Sulu’s … ahem … George Takei’s visage and deep voice is surely seared into your memory nonetheless—he’s a gay national treasure and a damn fine social activist, too. The filmmakers spend a lot of time orienting Takei’s crusading mindset in the story of his family’s incarceration during Japanese internment in the 1940s, where, as a child, the injustice of the U.S. government was forever engrained in his mind.

Early in his career, being gay (he was publicly closeted until 2005) was secondary to his status as a prominent Asian-American actor. There’s plenty of chat from his USS Enterprise crewmembers, including a testy William Shatner, whose half-hearted feud with Takei is as fabulous to watch as Takei’s more recent reign as the Queen of Facebook meme culture.

The filmmakers followed Takei and husband Brad without much scripted direction, resulting in hilarious, unscripted moments that candidly showcase the couple’s humorous and endearing relationship. Oh My… there’s a lot more to George Takei than meets the eye.