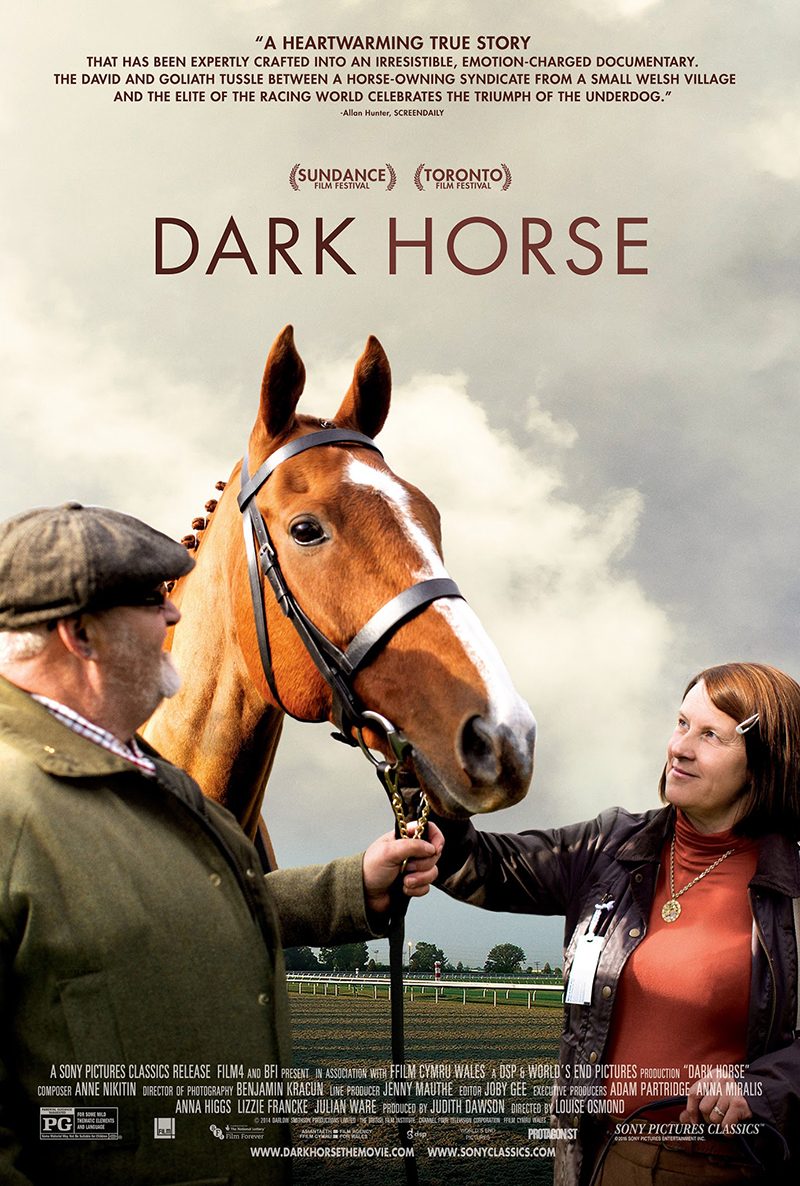 Who doesn’t love a rags-to-riches story, especially when that unbelievable tale didn’t come out of the mind of some writer in Hollywood but was, in fact, true? Such is the case with barmaid Jan Voxes and her wild idea to convince a group of locals, later known as The Alliance Partnership, to invest in breeding a championship racing horse. With the coalition in agreement, they set in motion the procurement of their potential equestrian moneymaker, Dream Alliance. While the initial bouts were not promising, the stallion proved to have as much heart as he did might. As the company makes astonishing accomplishments, they are soon challenged with a horrific tragedy, and only the strongest of fighters comes out on top. You can’t help but smile as these “village idiots” invade the sophisticated “sport of kings” and bring all us yahoo audience members along for the ride. The sheer joy and passion that Voxes has for her horse forces onlookers to shed a tear of sadness and joy in one blink. There are few films that jolt to the core and force us to stand up and cheer, but Osmond’s feel-good account is pure perfection that’ll have you not only on your feet but jumping up and down as well. To witness some investors who have spent millions (no joke, MILLIONS) of dollars into this sport and come out with nothing but a frown on their face, and then to see the common man take one lucky shot for all the marbles and actually come out on top, is absolutely priceless. Dark Horse was released two years ago at the Sundance Film Festival, and as I’ve said in the past, if that festival has proven anything, they know a well-crafted documentary more than anyone else in the business. –Jimmy Martin