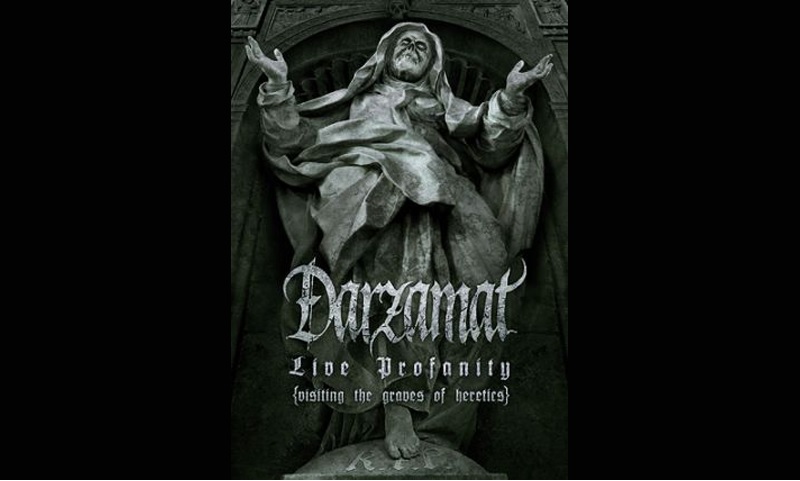 I had never heard of Darzamat before, the name sounds like some sort of chemical or something. Surprisingly they are actually pretty entertaining, utilizing both male and female vocalists. The show for the DVD was filmed during the Metalmania festival this year and includes eleven songs. With an addition of slightly different set from the WinterNachtsTraum Festival from this year too which is actually pretty good quality, almost more fun to watch than the initial set it sort of has a grainy artsy feel to it. The bands brand of tunes sort of sounds like Dimmu Borgir taking a slightly more gothic and melodic approach almost in the realm of The Project Hate. Live DVD’s aren’t always the best way to discover a band but this plethora of footage provides enough ammo for any newcomer to get into the group. I pretty much got bored after the first few songs but the keyboard work is somewhat interesting. As more extras for the DVD there are three of the bands music videos, some unreleased audio tracks and other fun stuff. When the band goes into their stage banter, which I think is Polish the DVD actually has some subtitles, a nice feature allowing people who don’t speak anything other than English to know what the band is talking about. As expected with the production value of the DVD it’s not outstanding but it is better than watching a bootleg, you have multiple camera angles and decent sound mixing, Metal Mind has basically become the go to DVD producer for metal bands not a bad thing entirely, yet all of their productions seem to have the same feel. – Bryer Wharton