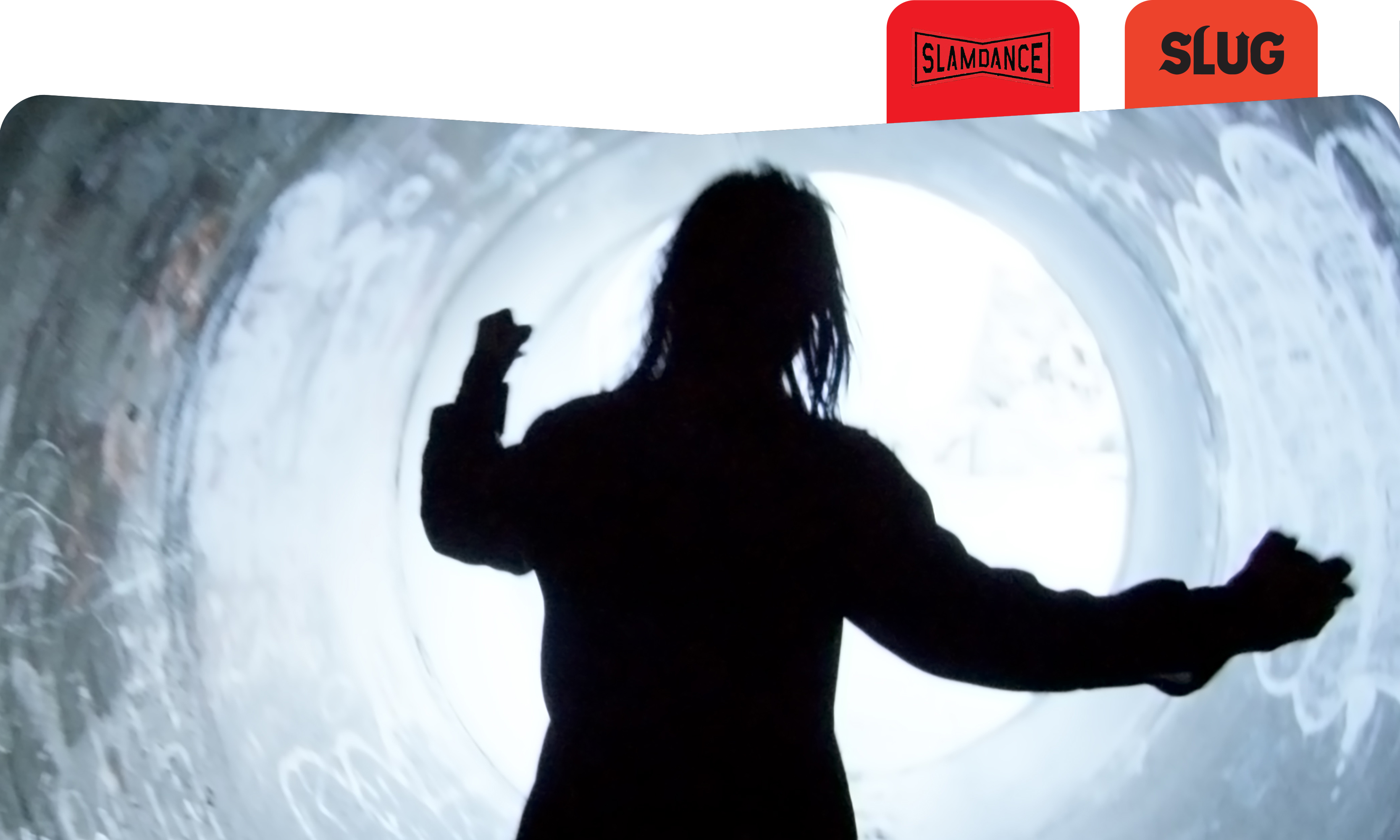 If there’s one movie that I wish I could erase from my brain from the Slamdance Festival, it’d definitely be Dead Hands Dig Deep. Focusing on the life of Edwin Borsheim, lead singer of the heavy metal band Kettle Cadaver, this documentary dives deep into the horrific self-mutilation he participated in and encouraged from those closest to him. While with a slasher flick you may experience cringe-worthy moments that make you curl in your seat or cover your eyes, you can still disassociate from the action on screen with a realization that what’s played before you is merely a fictional account. With Dead Hands Dig Deep, you have no comfort of escaping the reality of what’s shown in front of you. Everything fucking happened, and it’s excruciating.

From the opening shot, Borsheim looks straight into the camera lens, as if looking us straight in the eye, to set the tone for the rest of the film with an inspirational quote to frame for your Pinterest accounts: “I daydream every day about taking as many fucking lives as I fucking possibly can, k?” Located at his home in Temecula Valley, CA, we see the objects in his home paralleled with events in his life, most notably throughout the span of his musical career. From his torture chamber filled with a variety of chainsaws and other weapons (mostly of the wooden-stick with nails sticking out variety), to his coffin (which he uses as his bed), sculptures of cut-off heads and hands, and even a replica of his ex-wife and her daughter, you can tell that Borsheim is not only obsessed with the macabre, his entire existence is centered around it. Living mostly in isolation, Borsheim built himself a home and surroundings to cater to his grim (and eventually, extremely lonely) reality. He admits, “This is where you lose your life, your job, your car…” Even for the friends he invited to stay over there, this dark pattern began to form a morbid existence.

Like GG Allin (whom Borsheim pays homage to with a gruesome portrait on his toilet seat), rumors floated around that Borsheim would eventually kill himself on stage. It goes without saying that it never happened, but it’s surprising to see what he survived through his acts of self-mutilation. From stapling his mouth shut for Kettle Cadaver’s first album, “Taste of Blood,” inserting safety pins throughout his body, nailing his balls on a board and performing with it dangling, his mutilation mutates from an obsession into an addiction, as he pushes his limits further and further. And while many may jump to assume that drugs or alcohol fueled these decisions, Borsheim remained sober until recent years, after the demise of Kettle Cadaver.

As Dead Hands Dig Deep unfolds and you learn more from the friends and family that were close to Borsheim, a sympathy does begin to form for the now 38 year old; although, in my opinion, this doesn’t come close to excusing any of his sadomasochistic behavior and his encouragement that his fans commit suicide. We learn that his father committed suicide, that he had a violent stepfather, and his brother died from a heroin overdose, all the while being raised under the umbrella of an incredibly irate mother, and the candidness of these confessions does speak to the part of the people who worked on the film. Although Borhseim grew up in a nice house and lived in a nice neighborhood, it seems that he grew to deeply resist the cliche-typical suburbia-utopian promise of America, and took it as far as he could on the other end of the spectrum. To express this, the title of the film comes from the lyrics of a KC song, signifying that the pain is deeper than the body buried in the ground.

Sure, pain is deep, and the mysteries of darkness do pique my curiosity, but the sensationalism of Borsheim’s actions and takes on life is taken to a limit I don’t think I’ll be exploring anytime soon.