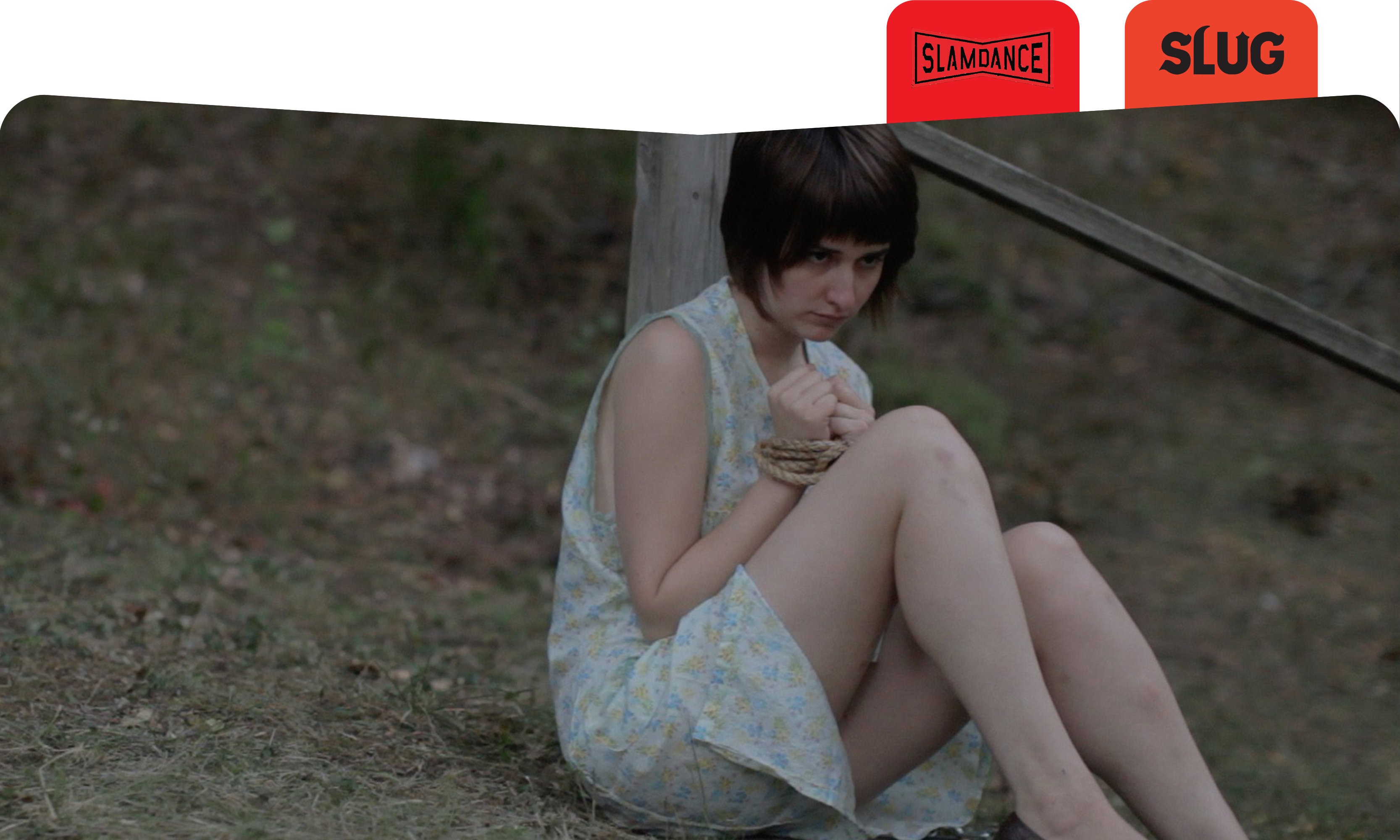 Writer/director Paul Taylor’s first feature, Driftwood, is a small, intimate and refreshing chamber piece that still manages to speak in droves—an impressive feat, considering that the entire film is dialogue-free.

Driftwood begins with a blurred shot of the sea and sky, coming into focus when a young woman (Joslyn Jensen) washes ashore. An older man (Paul C. Kelly), who seems to be grieving, finds the young woman and lays claim to her, taking her to his home, a bucolic and isolated red house located somewhere in the woods. There, he conditions her. He teaches her how to bathe herself, to fry eggs, to put on black lacy lingerie. Jensen does well as the young woman, who rarely reacts or emotes, mostly seeming mystified and out-of-place, whereas Kelly brings an unsettling softness and gentleness to the older man’s alarming actions. It’s a disquieting relationship that steadily intensifies. Each time the young woman wanders outside of the house, the man disciplines her by slapping her in the face, tying her to a wood railing and chaining up her door at night. Familial roles and identities are obscured: All at once, the man assumes the role of father, mentor, companion, caretaker, manipulator and husband, obliging the young woman into whatever respective role he deems appropriate. What unfolds is a gripping, tense and strangely idyllic examination of what it means to take captive and to be held captive.

For Taylor, choosing to divest Driftwood of dialogue (and, for the most part, any soundtrack) was an ambitious effort to move away from the tendency of many independent films to rely on sharp dialogue to carry their narratives. Taylor’s endeavor was an ambitious one: stripped of language, his film had to rely on visual cues and ideas to power the underlying concepts throughout the narrative. Paying testament to seminal chamber pieces like Ingmar Bergman’s Persona, Taylor limits the scope of his film to these few characters and their interactions, secluded within a home and its immediate surroundings. The silence deafens, but visually, Driftwood is surprisingly and impressively at odds with its premise of captivity: We rarely see the man violently discipline or abuse the young woman, but we can immediately sense the implications of their strained exchanges; the majority of the scenes are filmed in pleasantly bright, open settings; and the shots are frequently long and static, so that the characters are free to roam outside of the frame.

Driftwood features exceptional sound editing and mixing—thanks to a collaboration with Emmy Award–winning sound studio, Silver Sound—which lends an effortless hand to maintaining the film’s eerie atmosphere. There’s a surprising fullness to the piercing sound of silence, which keeps audiences on edge and captivated: When manipulated well, mild ambient noises can become cacophonous, the subtlest of movements ear-splitting. Through the bare essentials of filmmaking, Driftwood provokes viewers into an intimate and elongated engagement with its characters and the troubling discomfort of their circumstances.