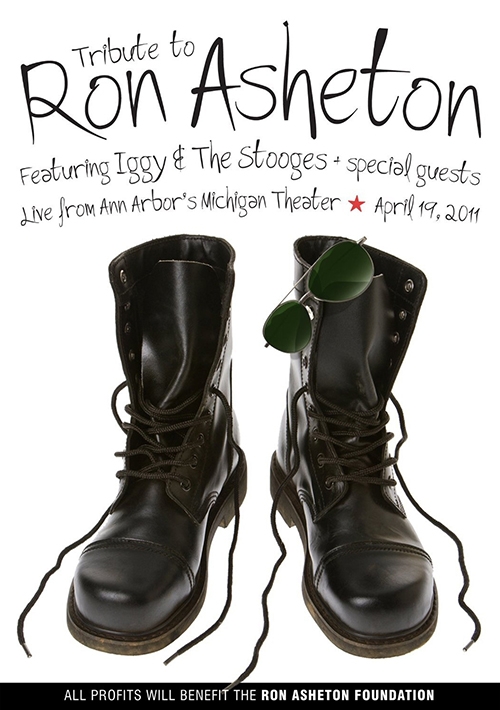 When a well-known musician passes away, you can usually expect some kind of tribute show to follow shortly. Even though this concert took place about two years after the death of guitarist Ron Asheton, it turned out to be one hell of a party, which seems fitting for the late member of Iggy & The Stooges. The film begins with some interviews of friends and admirers of Asheton, such as Henry Rollins and Jim Jarmusch, which sets the scene nicely for an incredible night of music at Ann Arbor’s Michigan Theater on April 19, 2011.  After a nice introduction from Rollins, and Ron’s brother, Scott Asheton, Rollins kicks off the show singing the tune “I Got A Right.” Shortly after, Iggy Pop takes the stage, shirtless, of course, and delivers a classic Stooges concert in all its glory. And luckily for the viewer, this show is well documented with several camera angles, which adds some great shots of the crowd and musicians on stage, including a small orchestra on some of the tunes. What is also great about this film is that it is uncut from start to finish, with no breaks in between songs. One of the memorable scenes in the film shows a rare moment of sincerity from Iggy Pop as he takes time in between songs to talk about Ron, and to pay tribute to him. At nearly two hours in length, this film is not only a great tribute to Ron Asheton, but also a great documentation of an Iggy & The Stooges’ concert as well. –Jory Carroll