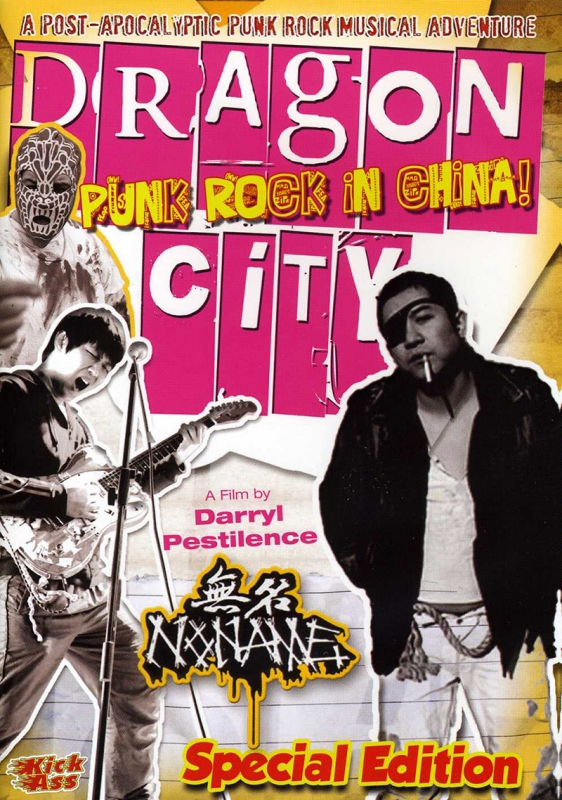 D.O.A: To Hell N’ Back
MVD/Sudden Death
Street: 03.11
The canucks who may have actually coined the term "hardcore" 33 years ago are still ripping on this 90-minute compilation of concert footage recorded over three nights in Western Canada (from June 4, 2011 to January 19, 2013). Classic songs ("The Prisoner," "Nazi Training Camp" and "Disco Sucks") are here with all the vinegar and chutzpah that made ’em so vital in the first place. The offering of We Come in Peace (the band’s 2012 studio album) as a second disc kind of comes off as an afterthought, but the four-camera footage is crisp—Shithead’s still got it—and the Cowtown Chaos footage looks like a scorcher. Certainly worth a watch if you’ve (still) got Bloody But Unbowed in your collection, but it may not appeal to newcomers as much. -Dylan Chadwick
Doctor Who: The Time of the Doctor
BBC Home Entertainment
Street: 03.04
Every year, BBC airs a Doctor Who Christmas special. Typically, the Christmas specials are nothing too exciting, another one-off story sometimes featuring cool celebrity guests. The 2013 special, however, was a very important episode in the Doctor Who universe. It is the last episode to feature Matt Smith as the Doctor and we witness a regeneration into a new Doctor, the squee-inducing Peter Capaldi. The episode itself is not the reason to own the DVD—it’s the bonus features included with this special that make it a must-have. An hour-long feature, “Farewell to Matt Smith,” shows highlights from his run as Doctor and interviews with cast mates and celebrity Whovians. “Tales from the TARDIS” gives a look back at the 50-year history of the show with interviews from existing actors who spent time on the show. The Time of the Doctor is a pivotal episode in the show’s mythos, and Whovians young and old can certainly appreciate the extras included on the DVD. -Rebecca Frost
Dragon City: Punk Rock In China
MVD visual
Street: 08.06.13
Dragon City: Punk Rock In China tells the story of the Chinese punk group No Name as they navigate a post-apocalyptic world.  On their journey they come across the white hippy burn-out equivalent to Mister Miyagi (David Nestor). Taking them to his secret hideout, the hippy tells the story of how the world crashed and burned.  He outlines that there are three factions in Dragon City—the cannibals to the north, stubborn farmers to the south and the outcasts in the center of the city. This film positions No Name as the heroes of a feel good, music-saves-the-day adventure.  Seemingly shot with an incredibly amateur feel, this film is a remarkably awkward watch. With terrible acting and lack of a through-and-through plot, this film can be best described as The Room’s punk rock equivalent.  Described as the People’s Republic of China’s first punk rock movie, it seems nothing more than 40-minute music video. Funny enough, bonus features do include music videos of No Name and other Mainland Chinese punk bands. Despite the fun bonus features, this is something than can be overlooked. –Nick Kuzmack