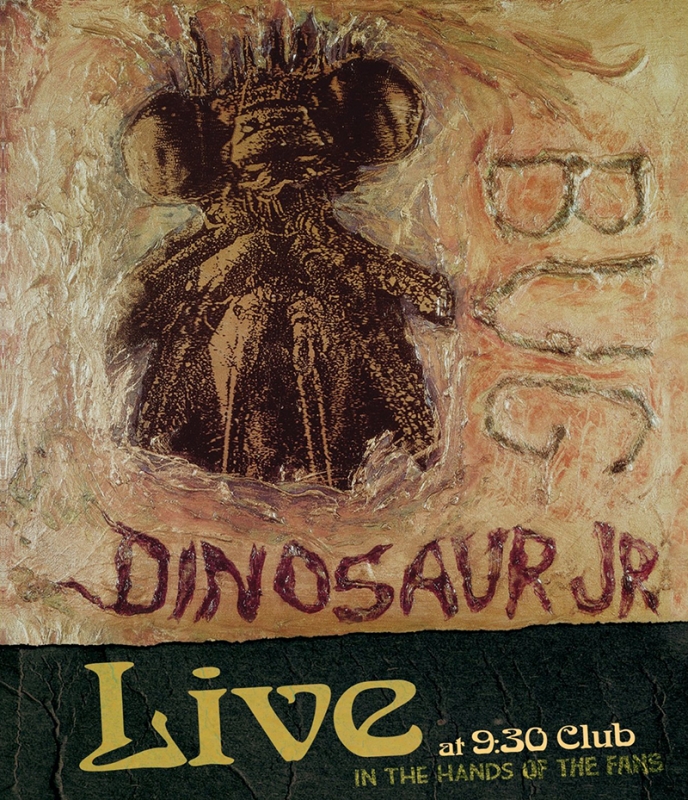 The Best of The Cutting Edge: Volumes 1 & 2
CIA/Universal
On DVD: 10.16
The Cutting Edge was a music and interview program that ran for four years during the early days of MTV. It aired on the last Sunday of each month from early 1983 to late 1987. Unlike most of what MTV aired at the time, The Cutting Edge wasn’t a music video show––it gave fans an hour-long chance to get up close and personal with emerging and well known artists. It was hosted by Peter Zaremba, singer for The Fleshtones. Zaremba was an awesome host because he genuinely loved the music he profiled and made the show more than just a cobbled together series of clips. This DVD is meant to bring together some of the highlights from the show’s four-year run. And it does. In addition to Zaremba’s keen wit and observations, viewers are treated to rare footage and interviews of many of the artists that would go on to define alternative and college radio for years to come. There are performances by R.E.M. at their practice space in Athens, GA. There are clips of a very young Red Hot Chili Peppers, Squeeze, X and The dBs. Established artists also make appearances, like Tom Waits, The Alarm and The Blasters. In all, this is a great DVD. It is quirky and fun, and it breaks down some of the barriers that exist between bands and fans. It looks like it was transferred directly from VHS, so the video and sound quality are both fairly poor. That being said, the content powers right through the format. As a document of what late-night MTV looked and sounded like in the mid-1980s, I cannot imagine anything better or more authentic. –James Bennett

Dinosaur Jr.: Live at the 9:30 Club
In the Hands of the Fans
MVD Visual
On DVD: 02.12
The concept behind this DVD was pretty cool. The band held an online contest to find fans that were also videographers and gave six of them the chance film a concert that would get a commercial release. The concert took place in June of last year at Washington D.C.’s famous 9:30 Club. Each of the six videographers was given an angle to capture, and the six feeds were edited into one seamless production. To sweeten the pot even further, Dinosaur Jr. were performing their 1988 opus Bug in its entirety. Bug was the band’s third album and the last with a stable line-up (Lou Barlow would leave the band shortly thereafter). Bug was also the record that exemplified Dinosaur Jr.’s strange pairing of melody and traditional song structure with feedback and extremely distorted instruments. In all this is a great DVD, though I doubt it will reach out to anyone who isn’t already a fan. The band performs all nine tracks from the album’s original release in order, starting with the crowd favorite “Freak Scene” and ending with “Don’t.” They also play “Sludgefeast” and “Raisans” from 1987’s You’re Living All Over Me. The performance is rounded out with a pre-set onstage band interview with Henry Rollins and a backstage band interview by fans. Some of the video feeds and crowd questions border on being amateur, but the sum of the DVD outweighs the individual worth of its parts. This is a great concept, a great performance and a great band. And while I’ll never understand how Dinosaur Jr. never achieved mainstream success, it is clear by their performance here that their talent was at least as massive as the scores of bands they would influence throughout the 1990s. –James Bennett

Freaks In Love: A Quarter Century in Underground Rock with Alice Donut
MVD Visual
On DVD: 07.24
For a documentary about a band I had never heard of before whose music I would rate as “alright,” this 98-minute documentary was surprisingly interesting. Filmmakers David Koslowski and Skizz Cyzyk tell the story of Alice Donut, a band whose style their A&R describes as “discordant, intellectual, psychedelic art-punk.” The story goes like this: Alice Donut forms in New York City in 1986 and begins playing shows at CBGB and recording demos. A college radio DJ named Germ plays one of their demos on air––it’s this weird, fucked-up song about pedophilic incest called “Lisa’s Father (Waka Baby),” which sounds kind of like Suicidal Tendencies’ “Institutionalized,” but more poppy. Somehow Jello Biafra, frontman of Dead Kennedys and owner of Alternative Tentacles, hears this song and likes it, describing the band as “the missing link between R.E.M. and the Butthole Surfers.” Biafra signs the band, and they tour like crazy all over North America, Europe and Japan. They record a shitload of music, tour, break up, get back together, and tour some more for 25 years, all while remaining in relative obscurity in the U.S. Koslowski and Cyzyk’s well crafted film, featuring a perfect mix of interviews and archival footage, made me care about a band that I didn’t care about, and presents a kind of archetypal underground-band story that any subterranean music fan could appreciate. –Cody Kirkland

Madonna
Truth Or Dare Blu-Ray
Miramax/Lionsgate
On DVD: 04.03
There is a remarkable moment earlier on in director Alek Keshishian’s black-and-white 1991 documentary of behind-the-scenes of Madonna’s defining “Blonde Ambition” tour that still has the power to give me goosebumps, despite how many times I’ve watched this fascinating film (beginning in a movie theatre, then at home on VHS, DVD and HDTV, and now here debuting on Blu-Ray). It takes place backstage post-show in Los Angeles and seconds before the infamous Kevin Costner “neat” comment section, and there (surprisingly) is my childhood idol Olivia Newton-John congratulating (assuming, since Madonna is doing a voice-over about meeting celebrities) then hugging my adult idol. I remember reflecting on my journey home from the theatre that first time that this is where my adulthood and childhood officially merged. So much has already been written about the film itself that the highlight now really seems to be the 1080P widescreen transfer for the Blu-Ray technology, and then, of course, its accompanying and dynamic new sound mix. Nowhere is this most notable than during the fantastic performance sections from the actual concerts (which burst into glory in full color), the highlight of which remains “Keep It Together,” with its Clockwork Orange-like Jean Paul Gaultier-designed costumes, some simple black cane chairs and seemingly-simplistic choreography and then, of course, Madonna’s phenomenal performance. Speaking of the musical numbers and the new technology, it seems a shame that more weren’t included, if only as bonus material. There is a woeful amount of extras here: only two dated theatrical trailers and nothing else. But I suppose the point is that all the true juicy bits were included in the original film and they remain––thankfully––intact. Also fully intact is the star’s allure: hypnotic, controversial and above all else, ceaselessly inspiring. –Dean O Hillis