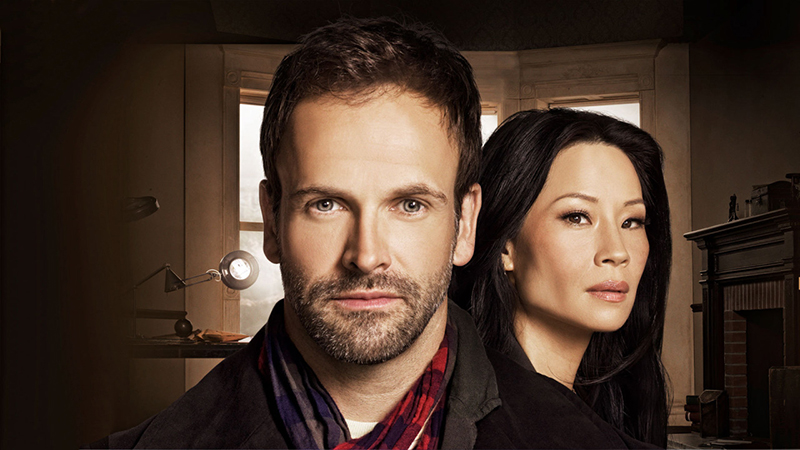 Procedurals are everywhere on television—some are so popular they’ve become serialized, though I’m not sure how many more acronyms CSI can come with. They’re all the same formula—crimes are committed, suspects are interviewed, the real perpetrator avoids cops for a few segments, until the heroic team makes a brilliant discovery and the bad guy gets caught. The only thing that sets them apart from each other is the chemistry between the teams that solve the cases.

Elementary focuses on Sherlock Holmes (Johnny Lee Miller, Hackers), a classic fictional character that has all of us obsessed with mysteries and deduction. There’ve been several movies and a few TV shows trying to capture the spirit of the character, and every version feels just a little different. Elementary’s main difference doesn’t lie with Sherlock, but with his sidekick, Watson. Instead of a John Watson, we have a Joan Watson (Lucy Liu, does she need an intro?)—it’s also set in New York instead of London. It’s an interesting change that is part of what kept the show going for three seasons, going on a fourth. Holmes and Watson are a fun duo to watch—not just when they’re investigating, either. When Holmes pulls some crazy shit, Watson has some great reactions. She’s also the yin to his yang—talking him down from silly stunts, interpreting his actions for people less familiar with his insanity. This season begins with the famous pair an ocean apart—Holmes back in London, Watson continuing to work alone with the NYPD. Watson has become a formidable detective in her own right and she’s just closed a major case. This leads to another, confounding case that is one of those seemingly perfect crimes.

Holmes can’t stay away for long—he is the title character, after all. He heads back to New York to reconcile with Watson, Captain Gregson (Aidan Quinn) and Detective Marcus Bell (Jon Michael Hill). He’s not alone, he’s brought another “Watson” with him from London, Kitty Winter (Ophelia Lovibond). She has a great accent and some sweet skills—Winter and Watson get into a single stick fight that did not last long enough. She’s a fun addition to the cast and fits in great. All three have a major hand in solving the not-so-perfect crime and thus begins their renewed partnership.

There’s no real thread of storyline—other than Holmes and Watson working out their issues. Only a few episodes are tied to each other while the rest are your run-of-the-mill murder cases, but that doesn’t mean they’re boring. Some of the murders, and the circumstances surrounding them, are downright weird—my favorite crime involved the theft of a few zebras. The season finale is one of those cliffhangers that gets you excited about the next season of Elementary—you just want to know how everyone handles the big reveal.

The DVD set comes with several special features, all of which are just an added bonus to the great season that’s on the discs. It’s mostly behind-the-scenes features that give you a closer look into certain aspects of Elementary: Watson, Winter, the Holmes/Watson relationship, Sherlock’s incredible deductions and a neat look at the production and set design that goes into making a murder scene. They’re all fairly interesting, but the set design one in particular was fascinating. The amount of detail that goes into producing a fake crime scene is intense. Besides the featurettes, there’s the unnecessary gag reel and one random commentary on an episode—they’re the throwaway special features, but the commentary is worth a listen.

This six-disc set is worth picking up, especially if procedurals are your thing. This season is full of great moments and the set includes some worthwhile features—it all adds up to a purchase you won’t regret.