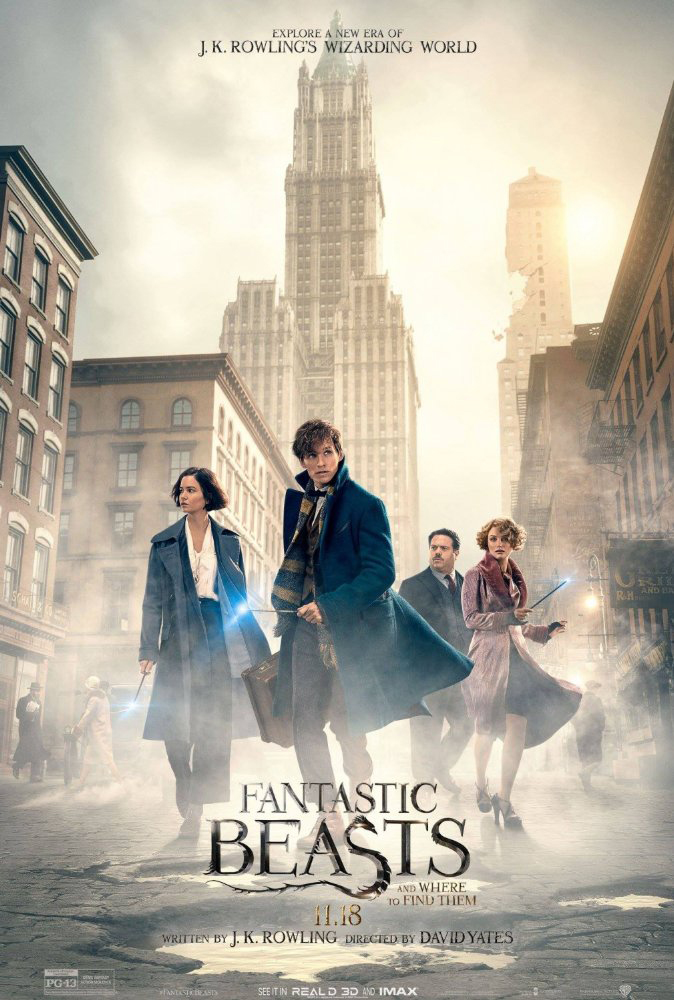 Movie Review: Fantastic Beasts and Where to Find Them

Fantastic Beasts and Where to Find Them

Before I get into it, I will admit I have never been a huge Harry Potter fan. I watched all the movies and read some of the books, but I never was intensely fascinated by the franchise. I was more spellbound at the amount of money J. K. Rowling made from it. Damn! With that said, I was uninspired as the lights dimmed for this prequel, which takes place 70 years earlier in the wizarding world. Newton Scamander (Eddie Redmayne) journeys to America with a suitcase full of unusual creatures and a specific mission, but when a mishap causes him to lose his belongings to Jacob Kowalski (Dan Fogler), the pair must work together to recover his extraordinary animals. Along for the adventure is a demoted magic special agent, Porpentina Goldstein (Katherine Waterston), and her sister, Queenie (Alison Sudol). As these events transpire, Percival Graves (Colin Farrell) seeks to locate a powerful child who is capable of unimaginable abilities. As the film began, I started to realize that nothing happens in the first hour. Sure, things were moving on the screen, but nothing of significant importance. It also dawned on me that Waterston’s acting abilities are nowhere to be found. Eventually, meaningful occurrences begin to unearth and action-set pieces arise, but it takes for too long for me to care. The only things this production have going for it are the visuals, and they are top notch, but that’s not enough. By the time the credits rolled, I didn’t care anymore and shuddered at the thought of four more sequels. As I approached the theater exit, I actually hoped it was raining outside with memory-loss chemicals embedded in the drops, so I could forget the whole encounter. (That previous sentence is for those of you who have already seen the movie.) –Jimmy Martin