Fear No Film: The Way You See Others 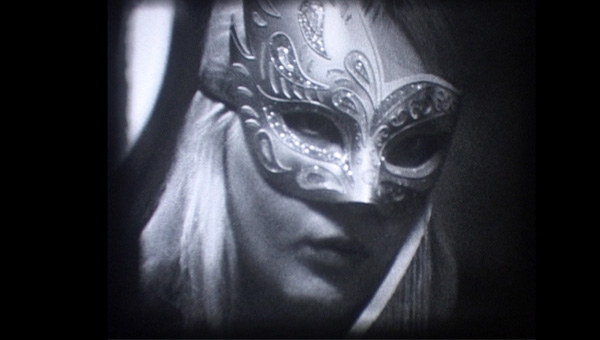 To some degree, we each place judgement on others. These films are about how you see the people around you all day, every day.

The Woman Inside Me (6 min, Utah)
Directed by Alisha Archibald and Kassandra Cervantes
Dominic Stroni came out as a woman in 1995, but despite nearly two decades of embodying her new gender, she still struggles with the transition, with pressure from family and society alike. In this documentary, we are given a look into her transition, and why it took until after she was married and had children to come out. Having had no literature on or outlets for transgender identity when she was younger, she knew that she was different. Instead of embracing this difference when she was younger, she tried to fight it until well into her adulthood. It was this repression that led her through an emotionally tumultuous time of abuse, suicide attempts, and a breakdown of her family unit. “I believe souls are genderless, and I believe in this life. I just function better as a woman,” she states, and ultimately hopes that the people around her, women especially, will try to understand her path and reach out to her as she continues to socialize as a woman.

Such a Small World (18 min, Spain)
“El Mundo lan Pequenito,” created by Isabel Garcia for her mother, Isabel Ruiz, is an alluring, albeit somber, portrait of a woman nearing the end of her journey on this Earth. Garcia guides us on a journey through an ordinary day in this imagined life (how much is based on truth, I’m unsure), as we follow Isabel performing typical daily rituals, beginning with her waking in the morning, to bathing, dressing, eating and the like. Throughout these everyday motions, however, there sits an omnipresent doll, indicating that behind these simple traditions lies a strong sense of loss and nostalgia of her youth. Eating pie, looking at pictures and hearing children playing outside brings her to tears. The one glimpse into a moment of happiness takes place when she rolls a cart of paint to embrace a youthful attitude, and perhaps reenact a childhood pastime, as she spreads it all over her body, rolling and jumping around, yet still awkwardly trapped in an older, slower, more fragile body. The woman hallucinates herself onto a train––as she peers into the room on a train, she sees herself as a younger girl traveling with her mother seeing the sea out the window for the first time. It is then that we realize that her neighbors have no idea who Isabel is, as two of them debate whether she’s died or if she’s still living in the apartment. This portrait of loneliness is most potent when we finally are shown a shot of the doll amongst the remainders of her belongings, packed as if piled with the scraps to let go of.

Stood Up (5 min, Canada)
Directed by Mike Richards
Peter, a reporter, finds himself lost on the way to a blind date, and asks directions from a sex worker, Diana, who quickly jumps in, assumes he’s looking for a good time. After starting a conversation and speaking with Diana, he begins to give brief parameters of his life, and soon admits that he’s not interested whatsoever in the date, or in the way that he approaches his job and the conventions he’s learned. Diana admits to having started with “lasso’s of truth” in her youth, to “ropes of submission” now, and the disappointment spreads thick in the air between the two. Peter takes the reigns of their misery and monologues about looking out for each other, and the two decide to abandon their shitty lives as they drive off with cheesy piano music following the car as it continues down the road. This quick little scene, while nice in theory, felt pretty shallow to me, and a lack of character development didn’t ever connect me to the final moment of letting go and moving on.

37 Kilogram of Pain (4 min, Germany)
Music by Jacop Mazzonellia
A man contemplates out loud the ways we use violence against ourselves and others, referring to society as a whole, but it is soon discovered that he is talking about what happened to his mother. “There are several ways to kill a person,” he states, and “to do violence onto a person means to kill…only more slowly,” and finally he asks, “Why do we punish ourselves for other people’s sins?” After watching this man walk across a bleak meadow, we are shown what otherwise would be erotic angles of a woman’s body, if it were only healthy and robust. This skeleton of a body is painful to watch, and as we see angles of her ass, shoulders, breasts, pubic hairs, and frail legs to hold everything up, we journey into the pain of this woman as we glimpse a face of beauty trapped in a body of violence.

Holiday (7 min, Australia)
Directed by Tony Lawrence
In this film noir, a droned-out, ghostly score underlying the slow movements of a woman walking up stairs, putting on a mask, and dancing to records, evokes a Lynchian delusion, as this Laura Palmer lookalike goes through rituals of beauty. Without using any special effects, Tony Lawrence, the actress puts on lipstick, and as the scene gradually turns to red, as she seems to pass out or is overcome in a pool of blood, found lying on a checkered floor like the dreams in the Red Room of Twin Peaks. Creepy and cryptic, the emphasis seemed to be more on playing with the visuals, and is a feast for the eyes more-so than creating questions in the brain.

The Needle (3 min, Serbia)
Directed by Dorde Stojiljkovi
A woman works in her studio, and is tailoring an elaborately embroidered jacket for an unknown patron. As she drapes the jacket over the mannequin, it suddenly bursts into life and corners her with a needle headed straight toward her eye…before she feels the stab, she wakes up, laughs, continues sewing, until you see the mannequin in the background turn around, still alive, and the scene cuts.

Almost Magic (12 min, Utah)
Directed by Mickey Randle
With lead-in shots that show cliche shots of people on fields playing sports, I was unclear about what sport was actually going to be highlighted. For people unfamiliar with Quidditch as a real-life sport played by serious competitors, I may not be the only viewer who wonders what the hell roles a volleyball, soccer ball, and dodgeball play, until the players reveal the rules of the game as played based on the Harry Potter books. While a fan of the book myself, I wouldn’t ever consider playing Quidditch, but the players combine their love of the literature with a love of active participation (although the competitive players are looked down on by the whimsical fans who began the game). Jen Jewell of the Crimson Flyers, in this documentary of Quidditch players, suggests that Quidditch can only last as long as Harry Potter as a series lasts, and then dismisses the value of Harry Potter by admitting that she doesn’t think it’ll last more than 100 years. To which I say, Harry Potter as a work of literature is a motherfucking classic, and with that kind of attitude, it’s no wonder their team didn’t make it to the World Cup.