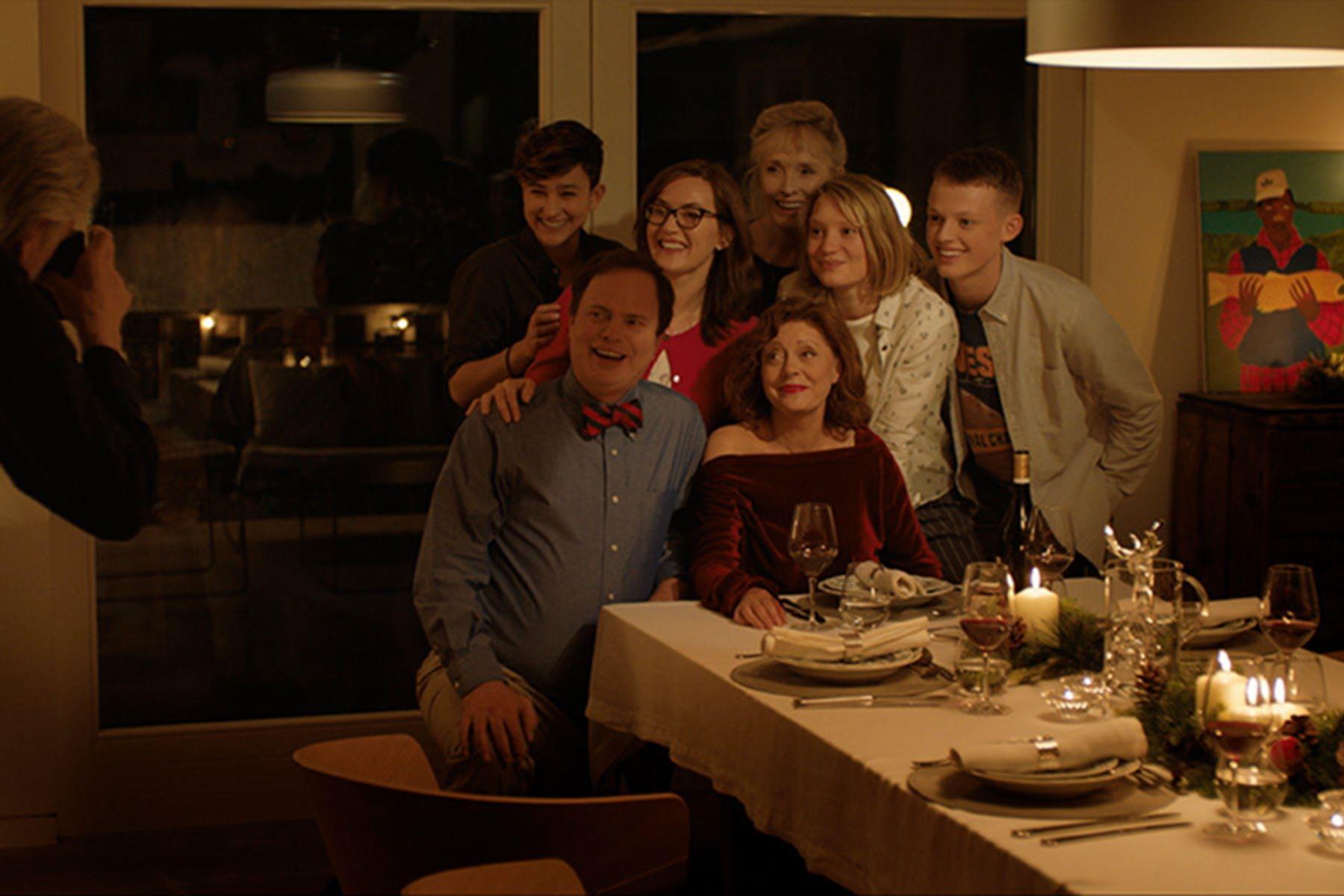 Busted Shark Productions
In Theaters and on Video on Demand: 09.18

“Get busy livin’, or get busy dyin’.” –Andy Dufresne

The immortal line above is from one of my all time favorite films, The Shawshank Redemption, and the line is—of course—spoken by Tim Robbins. It has become a mantra for many people since the film came out. But only now, 31 years later, is Robbins’ former significant other, Oscar Winner Susan Sarandon, or to be more precise, her latest character, taking it to heart.

In Blackbird, Lily (Sarandon) and her husband Paul (Sam Neill) are preparing for an intimate gathering at their home. Their family consists of their two daughters, Jennifer (Kate Winslet) and Anna (Mia Wasikowska, Alice in Wonderland) and their respective significant others (Rainn Wilson and Bex Taylor-Klaus), as well as Jennifer’s son (Anson Boon, 1917, Crawl) and Lily’s lifelong best friend, Liz (Lindsay Duncan, Birdman). The reason for the weekend get together? Lily is dying of ALS, and she has decided to go out on her own terms with the help of her doctor husband.

Yes, you read that correctly. But as shocking, unthinkable and deeply upsetting as it may be for many of us to even imagine, this movie portrays Kate Winslet and Rainn Wilson as a couple.

Director Roger Michell (Notting Hill, Morning Glory) gets more out of his stellar cast than he does from the inconsistent screenplay by Christian Torpe, who adapted his own script for Stille Hjerte (Silent Heart), a 2014 Danish film directed by Bille August. The script for Blackbird feels very much like a stage play in that almost all of the storytelling is done through dialogue. While some of it is witty and impassioned, a lot of the film was just a bit too trite for me. It’s just interesting enough to watch, but it never reeled me in enough to feel particularly involved in the story or characters.

Sam Neill gives a strong turn as the emotionally reserved but doting husband, and Sarandon gives absolutely her most Sarandon-esque performance since whatever her last movie was. She’s very solid in a role that suits her persona, but I miss the days when her ego allowed her to play characters who were more vulnerable and less aggrandizing and self indulgent. In many ways, Winslet is as much the lead as Sarandon, and she does her usual excellent work. But Wasikowska, who was so good but so underused in The Devil All The Time, is by far the standout, giving a performance that’s so natural and so involving that it almost makes up for everything else as long as she is on screen. Furthermore, Taylor-Klaus (House of Lies, Arrow) makes quite an impression as her girlfriend. Wilson is … Dwight. He’s an exceptional actor with broad range, but despite his best efforts, I simply couldn’t get past the distraction of his signature role from The Office looming over him at all times.

There’s no denying that euthanasia is a complex subject, and the possibilities for moving and layered drama are substantial, but Blackbird plays it disappointingly safe and sticks with the standard trappings of dysfunctional family melodrama, complete with the stock characters and revelations (albeit with some labored attempts to put twists on them). I didn’t hate this movie, but frankly, I wanted to be more disturbed by it, and I wasn’t because it just never felt real.

I’ve been consciously avoiding what I feel is one of my most overused descriptives in my recent reviews; the word “haunting.” But when a film about, of all things, the choice between life and death and how we move on afterward, fails to even present me with an urge to use it, that says a lot about how shallow and dissatisfying the film we are dealing with here is. –Patrick Gibbs