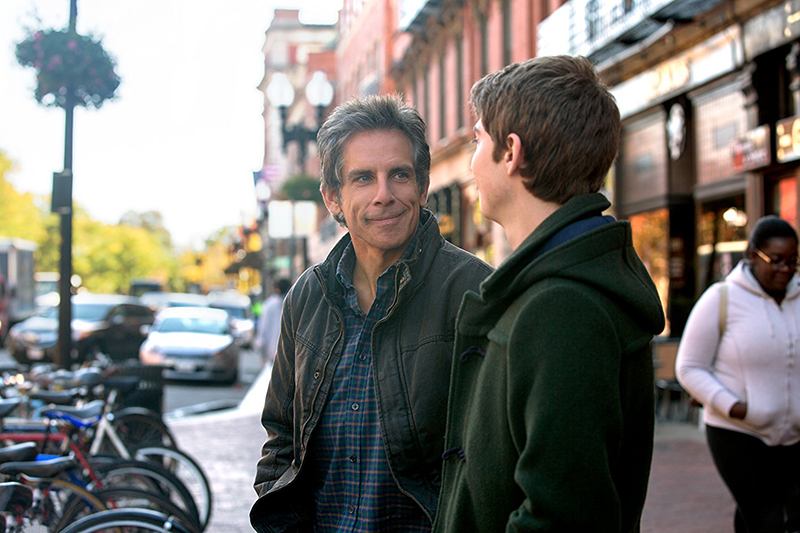 Do you ever sit around and ponder the decisions you have made throughout your life? Did you give it your best shot? Did your friends from long ago achieve more than you did? Such is the case with Brad Sloan (Ben Stiller), who is questioning just about every moment of his life as he visits potential colleges with his son, Troy (Austin Abrams). His former friends have become millionaires, political giants or famous film directors, while Brad runs a small non-profit. This film is hard to take seriously as a decently wealthy individual with a loving wife and intelligent son yaks on, narrating about how his life is so difficult. Points are given because this exact point is made known when a side character basically tells Brad to stop bitching because there are people all over the world striving to make ends meet everyday. There is nothing about this production that will be remembered a week after witnessing it. Sure, there are a few chuckles here and there, thank Crom, but the majority of the time is spent hearing complaint after complaint from an arrogant nimrod. It’s difficult to sympathize with any of the raw emotions Stiller delivers, because his character negates everything positive in his life. You can’t pay for that $1,600 upgrade on your flight because you purchased your plane tickets on a discount website? What a bummer—but you’re still FLYING! If you walk away with anything from this endeavor, know that just because someone is on television, an award-winning author or a retired 30-something, that does not mean your life is worse or better. To each their own in this journey we call life. –Jimmy Martin