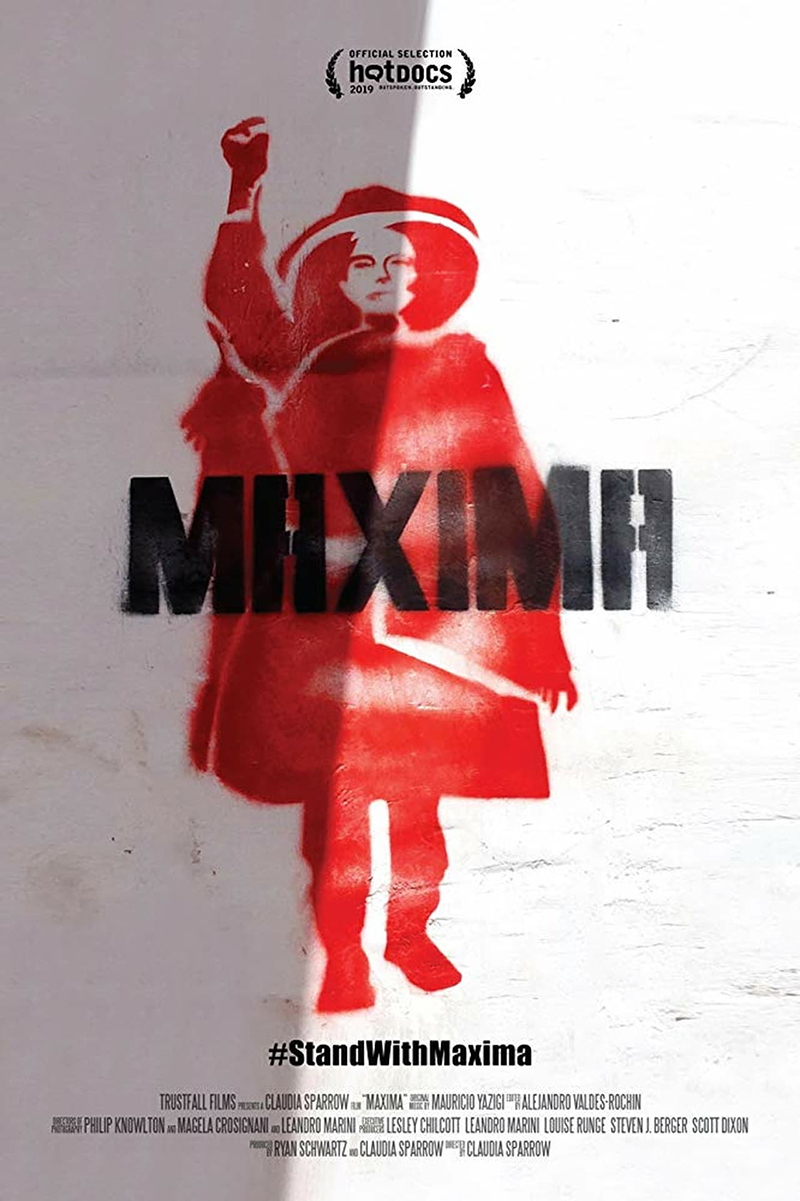 Máxima Acuña has lived off the land in northern Peru her whole life. She purchased a plot of land called Tragadero Grande, where she is a subsistence farmer. However, the idyllic landscape of the Andes is also the location of the Yanacocha mine, an open-pit gold mine in operation since 1993. The story follows Máxima’s fight to keep her way of life as the companies that own Yanacocha Mine, including U.S.-based Newmont Mining Corporation and Peru-based Buenaventura, find any means necessary to run her off the land that is rightfully hers in order to develop a new gold mine.

This documentary has the immediate pull of drawing the viewer into the beautiful highlands around the Andes Mountains of Peru, where Tragadero Grande and Yanacocha are located. Máxima, who farms to feed her family, also raises sheep for the wool that she knits her wares with, making her the money for her family at the town market selling her handmade clothes. She and her husband, Jaime Acuña, lead a rustic, rural existence in the mountains. This is soon interrupted by police, who constantly harass and attack her family as part of their intimidation tactics. Archival footage is shown through grainy, cell phone footage from 2011, as they push Máxima down and knock one of her daughters unconscious. Since then, Máxima has dealt with daily threats to her livelihood, including police who sometimes kill her livestock or ruin her crops. For Máxima, this issue is not a simple land dispute with a neighbor—it is a life and death situation threatening her very existence. Instead of picking up and moving elsewhere, Máxima decides to fight back.

For me, the most impactful moments of the film were those that captured the cultural importance of Máxima’s struggle, as well as the environmental impact of what was happening. When Máxima wins her initial lawsuit against the companies involved with Yanacocha Mine in the Cajamarca courts, indigenous people who supported Máxima’s cause dance in the rain in the streets outside the courthouse at the verdict, chanting their slogans of support. The emotional peak of the film, for me, is when Máxima wins the Goldman Environmental Prize in 2016. Instead of reading an acceptance speech to the crowd (she reveals she never had any formal education and cannot read), she sings a Peruvian folk song about her life in the Andes, moving many in the crowd to tears.

There is something impactful in the way that Máxima conveys most of her own story in her hut, huddled up next to a campfire, recalling how the people who work for the companies involved with Yanacocha came to destroy her crops and try to ruin her land. It is difficult, through the film, to find anything good about the Yanacocha mine in Peru or the American businesses who manipulate the Peruvian courts in order to increase their profits at the cost of indigenous people. The film does not go into detail about arguments in favor of the Yanacocha mine’s expansion, though any argument that the mine brought industry to the region is shot down by the film’s claim that, while Cajamarca was the fourth-poorest region in Peru before the mine began operations, it is now officially the poorest in Peru.

Most importantly, the film conveys that even though Máxima’s struggle is a personal fight for her family’s survival, her struggle is also representative of resistance against corporate greed in favor of basic human rights. Máxima’s level-headedness and refusal to give up—even when she’s faced with personal injury, incarceration and eviction—is inspiring. The film highlights other environmental and human rights atrocities that did not affect Máxima personally, such as a mass mercury poisoning directly linked to the Yanacocha mine. However, she came to be the face of this struggle and so many other struggles for indigenous people caught in the revolutionary act of maintaining their way of life in a time when corporate greed runs rampant.

There is some resolution at the end of the film in the form of a court verdict. However, the ending makes it clear that Máxima’s struggle continues, even today, with some developments in the story happening as recently as early 2019. The corruption within the Peruvian government and the business measures to exploit that corruption become so blatantly obvious through the film, exposing how far companies will go to secure their profits in other countries. This film makes it clear that Máxima’s persistence has disrupted a multi-billion-dollar company in a big way. With the current global political climate shifting the public’s focus to the environment and how much damage has already been done, Máxima is a must-see for anyone who feels as though they cannot make an impact—this film is proof that the willingness to fight for what is right can make a difference. –Ali Shimkus