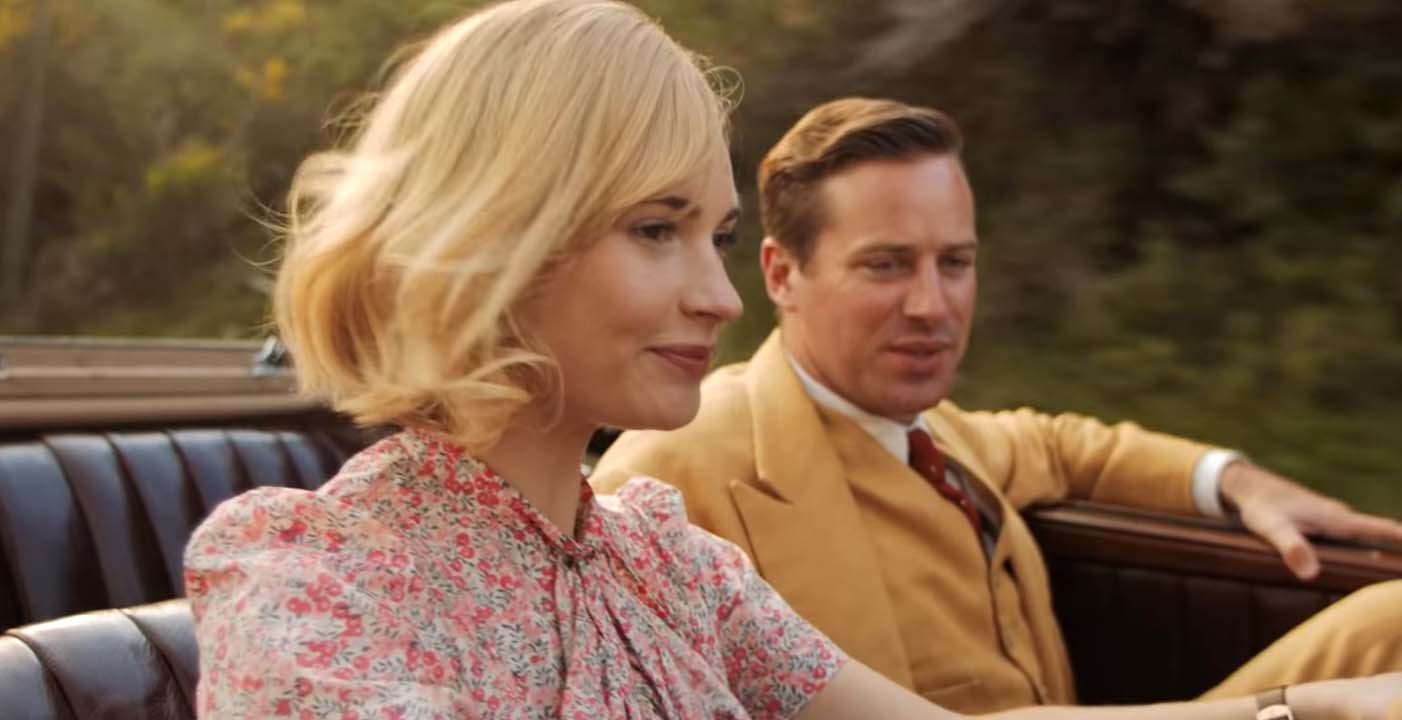 I need to make two things pretty clear up front: One is that I’m not one of those people who dismisses every remake as something that is inherently without value, especially when the original source material comes from the page or the stage. While it’s an overdone trend, for me it simply comes down to whether or not one can bring fresh new life to bring a story. Greta Gerwig‘s version of Little Women was inspired, and there are rare cases, such as Bradley Cooper’s A Star is Born or Joel and Ethan Coen’s take on True Grit, where I maintain that the remake is actually the superior film; the second thing I have to make clear is that I’m very of the school of thought that Alfred Hitchcock ranks among the most influential filmmakers of all time, helping to create cinematic language itself, and that 1940’s Rebecca (his only film to win the Academy Award for Best Picture) is one of his very best.

Daphne du Maurier’s beloved 1938 gothic novel begins with a young woman (Lily James, Cinderella, Little Wood) and her whirlwind romance ​in Monte Carlo ​with a handsome widower, Maxim de Winter (Armie Hammer, Call Me By Your Name, The Lone Ranger). When our heroine arrives at Manderley, her ​new husband’s imposing family estate on a windswept English coast, she begins to settle into the trappings of her new life. Still, finds herself battling the shadow of Maxim’s first wife, the elegant and urbane Rebecca, whose haunting legacy is kept alive by Manderley’s sinister housekeeper Mrs. Danvers (Kristin Scott Thomas, The English Patient).

Director Ben Wheatley (High Rise, Free Fire) has crafted a version of Rebecca that is slavishly faithful, beautifully photographed and so completely and perplexingly devoid any good reason to exist that it made me want to scream. It’s baffling that three screenwriters got paid to assemble a script that could have been gleaned from the book’s cliff notes. But if you know much about how screenwriting credits work, it’s clear enough that Joe Shrapnel and Anna Waterhouse wrote a draft, then Jane Goldman (Kingsmen, Stardust, Miss Peregrine’s Home for Peculiar Children) was brought in to polish it up, and most of that work comes in the final act, where she and Wheatley have tried to make James the female lead less helpless and a more active participant in the story’s resoluti in addition to beefing up the role of Mrs. Danvers. It’s a choice that’s hard to argue with, as the original isn’t exactly a shining example of feminism, but it’s all a bit too deliberate and jarring and doesn’t quite play.

James is a personal favorite who can be something of a chameleon, and she’s well cast, as is Thomas, who is easily the best part of the film—her take on Danvers at times almost makes the film feel worthwhile. Hammer, on the other hand, is about as miscast as an actor can be in the role that was marvelously embodied by Lawrence Olivier in Hitch’s version, and he is so strikingly out of place that I actually tried to think of leading men who would have been worse choices; short of Vin Diesel or Mark Wahlberg, I couldn’t come up with much. Hammer is a very good actor, and I quite enjoy him in most of his films, but he’s far too American and can’t pull off the nuanced world weariness, instead merely seeming distracted and constipated (it doesn’t help that Wheatley seems to have little interest in the character). It’s a disastrous piece of casting and a Golden Raspberry Award–worthy performance that ruins a film that at best was serviceable but pointless in the first place.

The cinematography by Laurie Rose is quite beautiful, but lacks the atmosphere of gothic mystery that the sumptuous black and white gave us in the irreplaceable classic. This isn’t the first remake of Rebecca, but the indifference with which it’s being greeted should be taken as a strong hint that it should be the last. –Patrick Gibbs